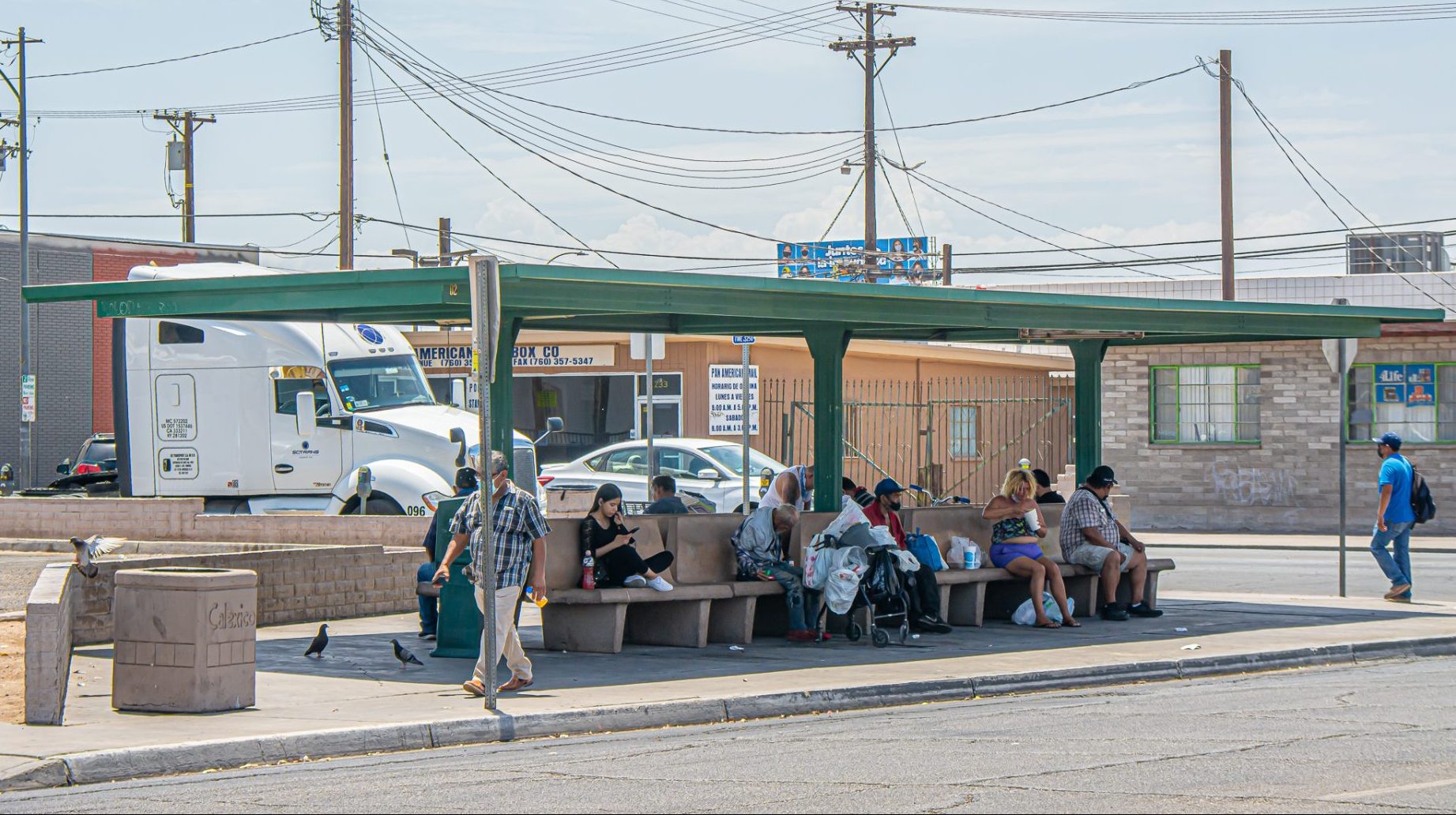 The bus stop at Third Street and Paulin Avenue in downtown Calexico has been the nexus of several issues presenting themselves in the city recently. It has become a regular site for Calexico's homeless to congregate and it also was where Calexico police shot and killed an unhoused man some weeks ago. | CAMILO GARCIA JR. PHOTO
In Opinion

In the last few weeks, three Latino and unhoused men have died on the sidewalks of downtown Calexico, one in an officer-involved shooting, and two succumbing to the third heatwave of the summer. While local officials often cite our borderland uniqueness to avoid accountability over national social justice movements, these deaths link our town to national debates over policing, homelessness, and climate change.

We want to take a moment to engage in what the New York University sociologist Eric Klinenberg, in a book on a deadly heatwave in Chicago, calls a “social autopsy” of a disaster. Looking beyond individualistic causes and narrow questions of blame, a social autopsy locates the social failures in sustaining healthy communities and emphasizes our own interdependence and responsibilities to one another.

On June 14, a yet-unidentified, 65-year-old unhoused man was shot at least three times by police during an altercation involving a younger unhoused man, a knife tied to the first man’s wrist, and conflicting and vague accounts. Just one block south on Paulin Avenue, and one month later, two unhoused men died from heat exposure — one a man who went by “Cuba,” and a second man who has yet to be identified. These tragic events offer a lens into at least three dimensions of socially produced insecurity: (1) the significance of social networks and consequences of social isolation; (2) public leadership’s apathy over poverty; and (3) new consequences of inequality in an era of climate change.

One of the most striking aspects of reports coming out of the deaths was the difficulty of identifying the three deceased men’s next of kin. This speaks to the social isolation that accompanies, and exacerbates, poverty and poor mental health.

The availability of social networks, as friends, family, community organizations, is a crucial avenue for accessing information, resources, and assistance. Think of the importance of “checking in” on an elderly relative every few days. Even if they do not mention that something is wrong, constant check-ins allow you to discern when “something feels off.” When someone’s undiagnosed mental illness might need treatment, when someone needs medical care, or could use help to secure basic assistance. The importance of social networks is heightened by language and cultural barriers to information and resources in Calexico, not just kin, but English-speaking, bureaucratically savvy kin are needed.

Of course, unhoused communities are not without social networks. Encampments, and nodes of community offer their own forms of social connectivity. Investing in empowering these communities with emergency preparedness and sustained social services can make up for distant relatives. Without social networks of kin and community, checking in on someone, noticing when someone is in distress, and connecting them to essential resources, preventable mental and physical health crises are more likely to end in tragedy.

It would not be an exaggeration to guess that for these men, among their most significant contacts with public institutions came at the end of their lives, with police and first responders at moments of acute crisis from which they would not survive. Not unlike the uninsured whose first encounters with medical service is at the emergency room, there has been a hollowing out of the preventative care of poverty relief.

Local officials largely understand themselves as city boosters — leaders of a middle class, whether existent or aspirational. A kind of local “trickle down” mentality focuses their efforts on securing business opportunities for external investors, often offering low-wage service work as economic development. To the extent that poverty is a concern, it is as an obstacle to economic development or as a noble cause for private charity, rather than a target for public policy.

But unhoused folks are only the most visible expressions of local poverty. In Calexico, 22 percent of households are under the poverty line, and with the need of two-full time incomes to afford a two-bedroom home in Imperial County, many more are just one illness or paycheck away from housing insecurity. Calexico has an average household size of 4.4 persons (compared to the state average of 2.9) and yet a median household income of $43,500 (compared to the $75,000, state household median).

During the pandemic, Calexico had the highest number of households at risk of utility disconnection from missed payments to the Imperial Irrigation District. Homeowners are often more accurately described as underwater debtors. Poverty isn’t the fringe issue elected officials treat it like.

Inaction and apathy over pro-poor policy, most recently visible in the Calexico City Council’s rejection of a tenants’ eviction moratorium (in a city of 42 percent tenants), hero pay, and downtown bathroom funding that went to a new police car, reveals that for a portion of the council, the poor do not represent a population they consider constituents. More surprising than the 3-2 majority’s resistance to pro-poor policy is a reluctance to even discuss the needs underlying the policy proposals.

To govern for the interests of property owners, external investors, and an aspirational middle class is, of course, not uncommon these days, given the political engagement of more resourced groups. Why protect tenants or unhoused folks if many are often unable or unlikely to vote? That’s the political calculation that sustains apathy over poverty.

These downtown deaths occurred amid political conflict over the inadequacy of downtown public utilities — public space, shade, water, and bathrooms that serve the needs of those who most use downtown (and generate agricultural profits). Water and bathrooms were imperative during the global pandemic, and likely more so during persistent heat waves. With basic needs uncared for, other essential needs, like mental healthcare, are not even a part of conversations. Most recently, Calexico officials expressed no call-to-action over an inadequately announced and located cooling center with limited hours at the Community Center on Seventh Street.

Just like COVID-19 wasn’t the great equalizer, infections followed the outlines of racial, class, and gender injustice, nor will the impacts of climate change be equally felt. Rather than being particularly prepared for climate change, a town with annually high temperatures has no plan for contending with hotter and longer summers.

Basic needs like shelter, food, water, and healthcare will become ever more essential and contested, as droughts and surges in energy use will bring the middle and upper classes (and agricultural owners) into new rounds of resource wars. Inequalities in shade, access to transportation, and healthcare will be most felt by poor and vulnerable community members. While local officials cannot affect the state and national policies that could most directly reverse our course toward climate catastrophe, they can mitigate the material and health inequalities that place our community at the front lines of the climate crisis.

A social autopsy reveals that basic needs — shade, water, air conditioning, housing, information about resources — are climate change policy. We fear that if local officials were slow to act amid the acute emergency of a pandemic, they are even less likely to respond to a prolonged one of climate change.

Locally, if these tragic deaths devolve into individualistic blame games, or narratives of natural or random tragedy, we’ll fail to recognize the social failures that lead to individual suffering. We are encouraged by the coming sunset of the 1990s cult of personal responsibility and the rise of new social movements.

Luis and Daniela Flores, siblings from Calexico, are co-founders of Imperial Valley Equity and Justice Coalition. The multigenerational group advocates for community empowerment, social and environmental justice, and health equity. Luis and Daniela can be reached at ivequityjustice@gmail.com 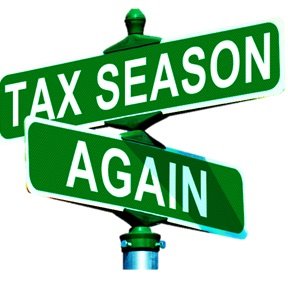