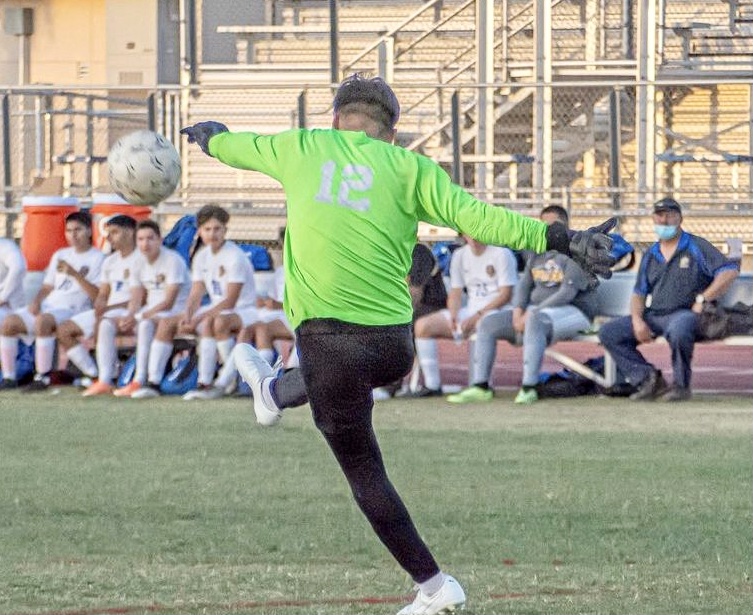 CALEXICO — Every soccer goalkeeper thinks they’d be a star player in the field if only the coach would give them the opportunity.

When Calexico High School boys soccer coach Javier Bernal gave his senior keeper Dither Beltran 30 minutes in the field during a game this past season, they both came to the realization that he should stay there.

Good thing for the Bulldogs Beltran did stay in goal as the recent graduate was named to the All-CIF San Diego Section Boys Soccer Second-Team, the only player from the Imperial Valley to garner such an honor.

“You can just see he has that natural ability to play keeper,” said Bernal, who has coached Calexico boys soccer for more than 20 years. “When we play him in the field in practice he looks great but in the game it was clear that isn’t where he is strongest, so we put him back at keeper.”

Beltran said the Bulldogs were running short on players and he enjoyed his time at forward even though he knows it wasn’t his best position.

“Coach (Bernal) put me up top and I kind of got lost,” said the 17-year-old Beltran. “It wasn’t great but I always enjoy when I’ve gotten to play in the field.”

The most memorable game for Beltran and the Bulldogs was their CIF-San Diego Section Division I quarterfinal game at Eastlake High in Chula Vista. Calexico had lost to Eastlake 4-0 in the first game of the season and got a chance for revenge in the playoffs.

“Us seniors got together before the game and said to ourselves that we weren’t losing today,” Beltran said. “We really wanted that game.”

Eastlake was undefeated at 13-0 going into the game and was behind 1-0 to the Bulldogs in second-half stoppage time when the official called a penalty on Calexico inside the box. The call gave Eastlake a penalty kick opportunity to tie the game with essentially no time left in the game.

“When I heard the whistle and saw the referee point at the spot for the penalty kick I just tried to stay calm,” Beltran said. “When he (Eastlake player) put the ball down I went and wished him luck but he just pushed me off. When I saw him I knew he was nervous.

“I usually dive left on penalties but I thought I might as well go right on this one.”

Beltran was correct with his choice and was able to make the block with his legs, but the ball bounced back to the Eastlake player who had a second to gather the ball and kicked it but it went right to Beltran who corralled it for the save, and the victory.

“He’s not tall like most keepers you see,” Bernal said. “But he has serious hops and he has the skills to fly around in the goal area and get to anything.”

Beltran was a two-year starter and three-year varsity player for Bernal and the Bulldogs and said he is planning to continue his education and playing days at Imperial Valley College in the fall.

“I absolutely love the ups and downs and the pressure of playing keeper,” Beltran said. “I first started at age 10 and my dad told me to get in the goal and I’ve always enjoyed it since then.”

Beltran said he hopes to move on after attending IVC and play at a four-year university while pursuing his goal to be a physical therapist or a cardiologist. 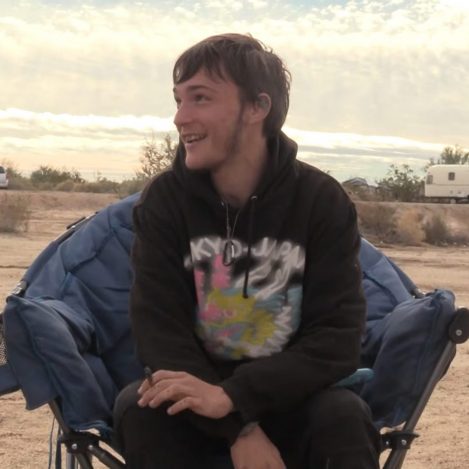