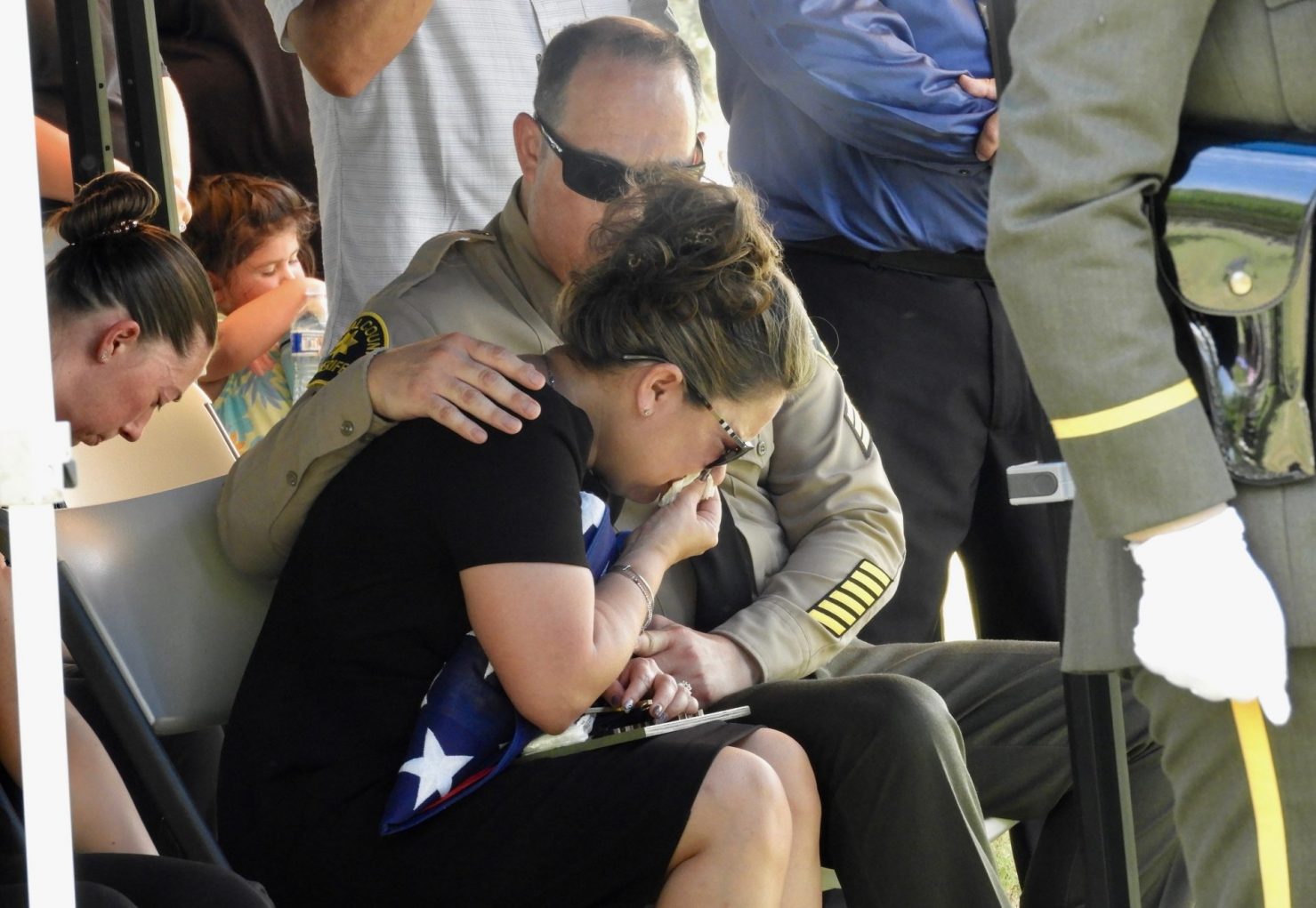 Sheriff’s Deputy Anthony Redondo’s mother, Janelle Frazier, is comforted by her husband and Redondo’s stepfather, Sgt. Eric Frazier, as she weeps, clutching an American flag, during her son’s burial at Evergreen Cemetery in El Centro on Saturday, July 10. Redondo, 25, was killed in the line of duty during a traffic collision on June 26. | MARCIE LANDEROS PHOTO
Home
Featured Stories
Share

EL CENTRO — The mournful wail of the bagpipes led the casket of Imperial County sheriff’s Deputy Anthony Redondo to the stage of the theater at Southwest High in El Centro on Saturday morning, July 10, as hundreds said their final farewell in person to the young deputy killed in the line of duty.

The Jimmie Cannon Performing Arts Theater was almost entirely filled with family, friends, members of the public and mostly fellow law enforcement officers from throughout the region who gathered for a Mass and memorial for the 25-year-old Redondo, who died in a traffic collision in his patrol vehicle while responding to a call the evening of June 26.

Thanks to a livestream of the two-hour-plus services, as many as 10,000 others have since watched the memorial as of Sunday morning, July 11, that would end with the same bagpipers — the Los Angeles Police Emerald Society Pipe & Drums — leading Redondo’s remains to the high school’s parking lot for a law enforcement vehicle procession to Evergreen Cemetery in El Centro, where the deputy was laid to rest.

During the services, sheriff’s Chief Deputy Robert Benavidez’s voice shook with emotion as he read a pair of letters from Redondo’s family members, one from the young deputy’s mother, Janelle Frazier, and an emotional tribute from his sister, Brianna Redondo.

“You always made sure I was safe and make good decisions. When I was hurt, you were there to bring comfort. You were always there to protect me when I felt vulnerable or defeated. You’re my hero and always will be,” Benavidez read in part from Brianna’s letter.

Deputy Redondo was sworn in on Sept. 11, 2020, and his mother shared, through her letter read by Benavidez, when she knew her son’s dreams had come true.

“One day he came home, and he was telling me about his day with so much excitement. I told him, ‘Son, you were so happy to go to work I love it!’ And he replied, ‘Mom it’s because I have a job that I’m proud of. I wake up with a purpose every day now. To help people,’” Janelle Frazier wrote.

The emotion of the day came to a head at Evergreen Cemetery, where Redondo’s stepfather, sheriff’s Sgt. Eric Frazier, head of patrol operations for the North County division, could be seen holding a weeping Janelle Frazier as she clutched the American flag that had adorned her son’s casket, sharply folded and presented to her.

Amid a heat wave, the burial advanced relatively quickly, with the L.A. Police Emerald Society Pipe & Drums playing again, the law enforcement community offering a 21-gun salute, and taps being played before Redondo’s coffin was lowered into the ground.

There was a palpable shift in the mood as hundreds of people reconvened for a celebration of life gathering at the Casa De Mañana building at the Imperial Valley Fairgrounds in Imperial.

It was clear from the cacophonous sounds of so many people speaking at once, laughing and reminiscing, that the morning was a time to weep, and the celebration of life was the time to smile and think of the joy that Redondo brought to so many around him.

Many of Redondo’s classmates from his time at the Imperial Valley College law enforcement academy attended the services and sat together at the celebration of life, reminiscing about their time together.

Another fellow cadet, Laura Rauno, added: “He was in the same class with me throughout the whole academy, and I remember motivating him and helping him out all the time so that we could finish strong all together as a class. He always gave it his all, even though some days are harder than others, they just really determined to get through.”

Inside the Casa De Mañana building, Betty Tucker of El Centro could be seen coordinating the food service of barbecue being served buffet-style by Redondo’s many fellow deputies.

Stories about Redondo and the voices telling them blended together in the room the rest of the afternoon.

He left an impression on the many with whom he crossed paths, including his third-grade teacher, Victoria Gonzales.

“He was such an amazing young boy. Anthony offered to be the master of ceremony for a play put on by the special education class. He had no second thoughts about performing with the class. He faithfully went to practice with them, interacted with them and showed patience compassion and the ability to interact with them with respect and opened up his heart to them,” Gonzales said.

“He showed up all dressed up with a suit. He took pride in his role and was a role model to all the students.  He was only in third grade. He was a shining light even back then. He was the narrator for the play. He was a gentleman, great student, and a wonderful classmate, always helping others. He always talked about his mom as well. He really adored her,” she added.

Sheriff’s Sgt. Frank Reyes, who was a longtime friend of the family having worked with Redondo’s stepfather, eventually became Redondo’s coworker. He said the young deputy “always had a smile no matter what.”

“He was always happy, he always looked happy all the time, and proud,” Reyes added. 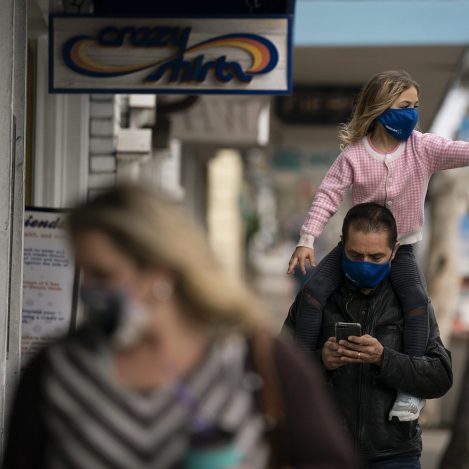