CALEXICO — The following reports were collected from the Calexico Police Department call logs from June 21 through June 26.

1:48 p.m.: Calexico police escorted a male from El Centro Regional Medical Center to Imperial County Behavioral Health after the man stated that he wanted to “kill himself and other people in any way he can.”

9:49 p.m.: Police responded to the parking lot of the Walmart on Rockwood Avenue for reports of two male subjects doing drugs inside a gray Toyota Tacoma. Police located the vehicle and a search of one of the male subjects revealed a used methamphetamine pipe. The man admitted to being a methamphetamine addict and was arrested for possession of drug paraphernalia. He was released on a promise to appear in court and to stay away from Walmart.

3:21 p.m.: Police arrested Ernesto Alonso Barraza at the Calexico West Port of Entry for three outstanding felony warrants for assault with a deadly weapon, and he was taken to Imperial County jail.

4:27 p.m.: Police responded to the former Hollies Hotel on Imperial Avenue for reports of two male subjects passed out in a hallway at the hotel. Officers found the two men asleep in the hallway with a piece of burnt foil between them. The men did not respond to officers’ commands and appeared to be under the influence of heroin. A search of one of the men revealed a bag containing blue pills suspected to be fentanyl. He was subsequently placed under arrest for possession of a prescription drug without a prescription and was later released on a promise to appear in court. Officers suspected that other individual was in the early stages of heroin overdose and left him in the care of Calexico Fire Department personnel.

10:38 a.m.: Police arrested Yessica Banuelos at the Calexico West Port of Entry for outstanding felony warrants for corporal injury to a spouse, battery on a peace officer, criminal battery and for resisting arrest.

2:30 a.m.: A man and a woman were arrested for possession of drug paraphernalia after officers conducted a traffic stop in the 100 block of Cole Road and a vehicle search turned up two used glass methamphetamine pipes. They were both issued citations and released on a promise to appear in court.

10:55 a.m.: Police responded to the corner of Third Street and Paulin Avenue after a man was discovered dead on a bus stop bench. Paramedics responded to check the man’s vital signa but found no signs of life. The paramedics told police that they suspect the man may have overdosed. Police found no signs of homicide and were unable to locate any witnesses to the death. 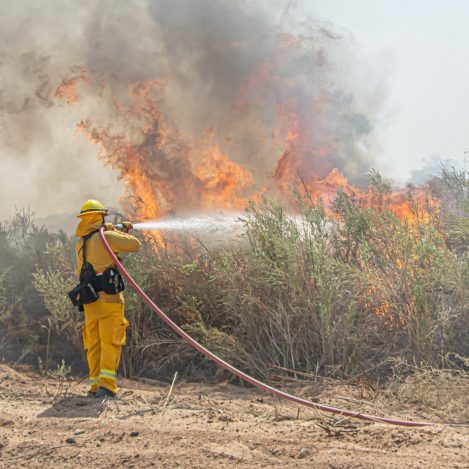