College Returns to Live Format After Virtual-Only Commencement in 2020. 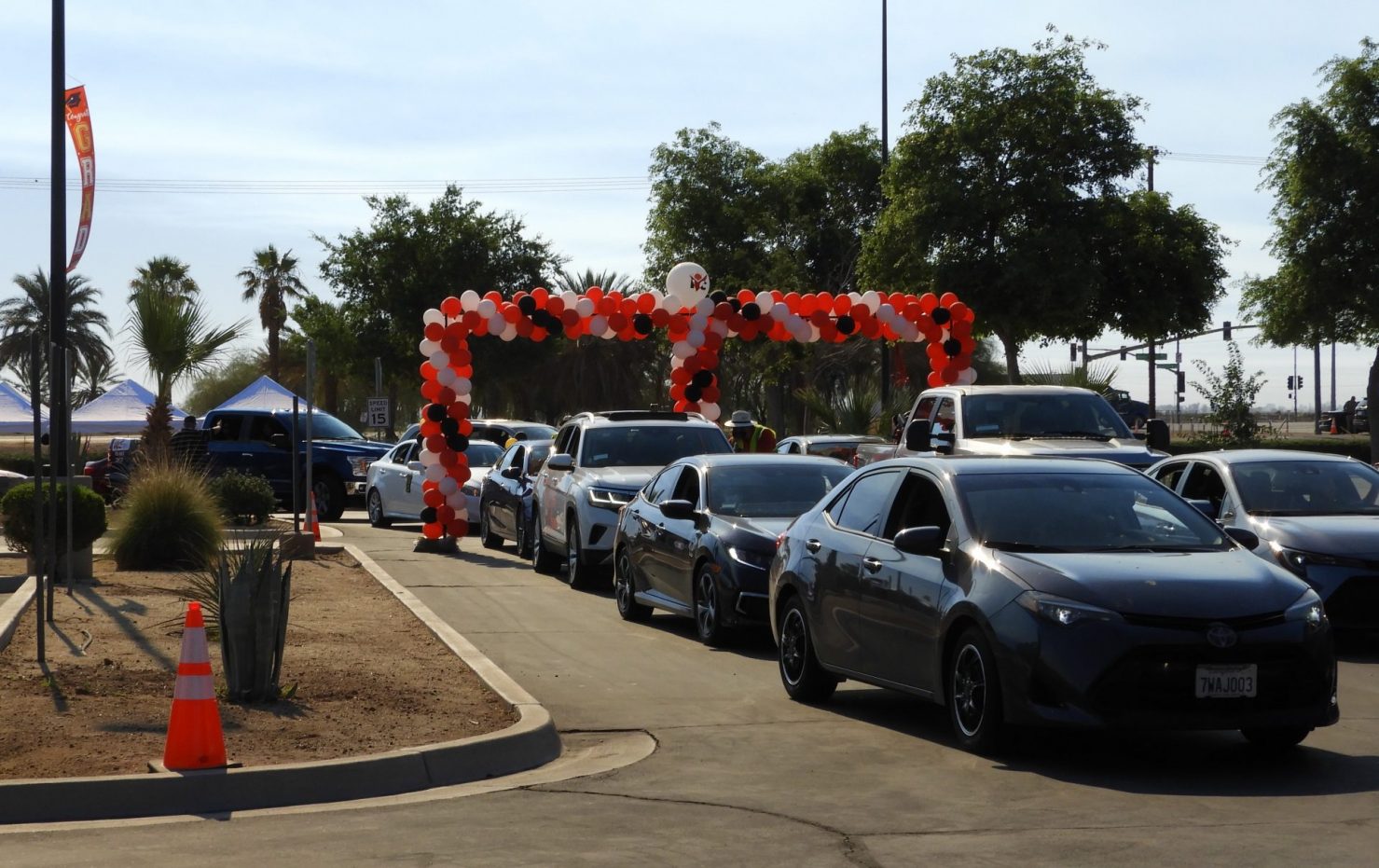 Vehicles line up under a set of red, white, and black balloon arches on the approach the graduation stage for Imperial Valley College’s Class of 2021 on Saturday morning, June 12, at the Imperial campus. | MARCIE LANDEROS PHOTO
Home
Education
Share

IMPERIAL — Sunlight glistened off the hoods of vehicles lined up and down the winding lanes of the parking lot of Imperial Valley College, vehicles filled with students and their families coming back to campus to make one last journey together: graduation.

This year, in response to COVID restrictions and social-distancing requirements, Imperial Valley College developed a commencement ceremony on Saturday morning, June 12 unlike any the college had done before, a drive-thru sort.

This gave students like Calexico’s Paula Davidds, an American Sign Language major, the chance to share the final step in her journey with the people who walked with her all along.

Davidds expressed gratitude to her parents, who were waiting for her inside their car.

“Everything I’ve done is because of them. Every decision I made was because I knew they supported me. I know they’ll support me with whatever I decide to do next,” she after receiving her diploma.

Cars, pickups, and SUVs lined up in a snake-like pattern throughout IVC’s parking lots, with the queue winding beneath red, white, and black balloon arches leading to two stages where graduates could exit their vehicles so they could walk across one of the stages to receive their diplomas.

More than 450 graduates were registered to participate in Saturday’s ceremony, according to the college officials, and those who could not make to the campus were able to watch online. This was the college’s 59th commencement.

The class of 2020, also impacted by the effects of the pandemic, were offered a virtual ceremony only in late July 2020. Saturday’s event was a welcome change to incorporate a live element to the college’s graduation experience amid ongoing, albeit improving pandemic conditions.

The vehicles were filled not just with the graduates but the beaming faces of their other parents, grandparents, siblings, and friends. Family members got the opportunity to drive up right next to the stage with their students to be able to watch them cross and receive their diplomas from a much more intimate vantagepoint.

For Jose Castillo, it was not his parents riding in the vehicle with him, but his wife and children who got to share in this event.

Castillo is a corrections officer at Centinela State Prison, who graduated with a double major in administration of justice and criminal science. He said he was excited to share his diploma with his family and described them as his motivation for going back to school.

“My wife was a real motivator. She went back to school and got a bachelor’s degree and is now working on her master’s degree, and I thought if she can do it then I can do it,” he explained on Saturday after accepting his diploma. “My kids are a motivation, too. I want them to know that they can do it. I have a son who’s going to be a senior in high school, and he’ll start IVC soon enough. I want him to think that if I can do it, then he can do it.”

IVC faculty and staff members, like behavioral and social sciences professor Dr. Lisa Solomon, stood along the procession of cars so they could cheer and celebrate the graduates as well.

“The administration told us that this graduation was voluntary because we would be out in the heat. But I have students graduating today; I want to see them graduate. They work so hard. They deserve this,” Solomon added.

The day was bittersweet for Oscar Garcia. It was the family members not with him who were the most memorable on this sunny Saturday morning.

In January, Garcia’s mother died from COVID. Rather than giving up, he said he continued on his educational journey and graduated with an associate degree in art and is planning to attend the University of Nevada Las Vegas soon.

Even still, Garcia said he felt like he shared this moment with his mother.

“I know she is with me and watching me from the great beyond,” he said. 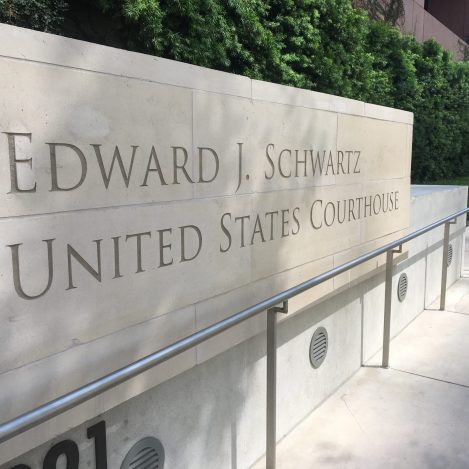