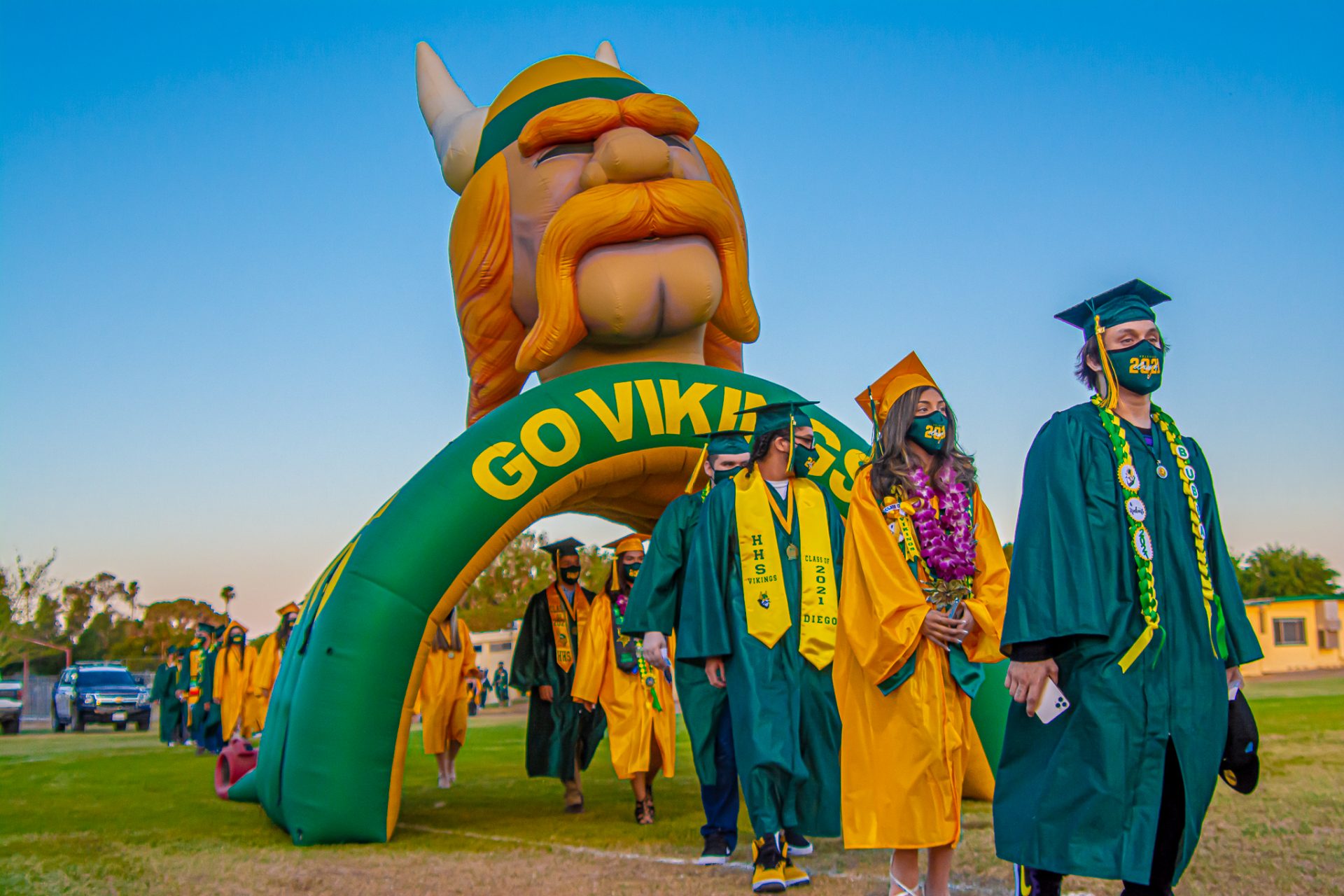 The Holtville High School Class of 2021 makes its way onto Birger Field on Thursday evening, June 3, for its graduation ceremony. Some 128 seniors participated in commencement exercises under a balmy early summer evening. | CAMILO GARCIA JR. PHOTO
In Education

The Class of 2021 Saw 128 Graduates Walk in Front of Friends and Family on Thursday, June 3.

During his remarks to his peers and those assembled, he asked that students reflect warmly on the friends that they made and may be leaving behind as they embark on the next chapter in their lives.

He implored the teachers to think fondly of the students who they had seen mature into young adults under their watchful eyes. And he encouraged parents to balance any anxiety they may have about their growing children with a sense of pride in their accomplishments.

“This ceremony here is a moment in life when you realize how fast time passes by,” Villagomez Bastidas said. “I hope it encourages anybody here to slow down once in a while and truly enjoy the life they live because you can only live it once.”

All told, a total of 128 seniors graduated from Holtville High School during the commencement ceremony. Of those, 72 graduated with an overall grade-point average above 3.0, while 42 had a GPA greater than 3.5, Principal Anthony Arevalo said.

Prior to the start of the graduation, 18-year-old Rodrigo Villareal said he was feeling mixed emotions. Although he said he was extremely proud of his classmates for having started and completed the year amid the COVID-19 pandemic, he regretted their time together was coming to an end.

“This is the last time I’m going to be together with my friends before we part ways,” Villareal said.

This fall, he is scheduled to begin classes at Imperial Valley College, where he will study engineering and automotive technology.

“I have a passion for cars,” he said. “It’s something I really like and I’m pretty sure I’m going to enjoy it.”

Until then, Villareal has plans to look for some part-time work and spend time with friends over the summer. As challenging as the school year was, Villareal said he was glad that toward the end he and his classmates were able to enjoy a number of activities, including prom.

“I was pretty happy I saw my friends,” he said.

Although the seniors’ prom was organized by a small group of devoted parents, the school itself was able to host a number of events for seniors as well toward the end of the school year, Arevalo said.

Those events included a trip to Knotts Berry Farm, an on-campus carnival complete with a taco cart and a movie, a senior breakfast, and a class photo. And they could not have taken place if not for the support of faculty and staff.

“The biggest takeaway was that we were able to make things happen for seniors,” Arevalo said. “At the end of the day, this means the world to them.”

During her remarks to her classmates and those present, valedictorian Abigail Garewal said she felt honored to have graduated from Holtville High and that her numerous accomplishments were owed largely to the guidance and support of the “tight-knit” campus community.

“Going to school in Holtville has been the best experience we all could of possibly had,” Garewal said.

And no matter whether graduating seniors had plans to continue their education, seek employment, or join the military, their graduation provided them an opportunity for a fresh start and to define success on their own terms, she said.

“As long as you are happy, you are successful,” Garewal said. “Be true to yourself.”

She then closed out her speech by quoting singer-songwriter Nicki Minaj, who said that win or lose one must take ownership of their lives.

“Let’s be in control from here on out,” Garewal said.

Taking better control of her life is precisely what had allowed 18-year-old Monique Gonzalez to graduate on time. For a while, the milestone seemed out of reach on account of falling grades that had been prompted by some personal problems.

“But I raised them up to the point that I could graduate and I’m proud of myself for doing it,” Gonzalez said.

She now has her sights set on attending a correctional officer academy in Texas this summer. Several relatives of hers that had completed the program, and who now are employed as correctional officers in Calipatria and Blythe, served as the inspiration for her career choice.

Despite the inherent dangers of the profession, Gonzalez said she considers herself up to the task and having the requisite mental and physical toughness.

“I’m just going to go over there and do everything so I can start working,” Gonzalez said. 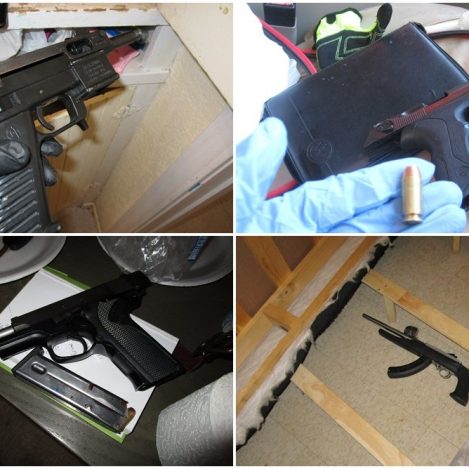