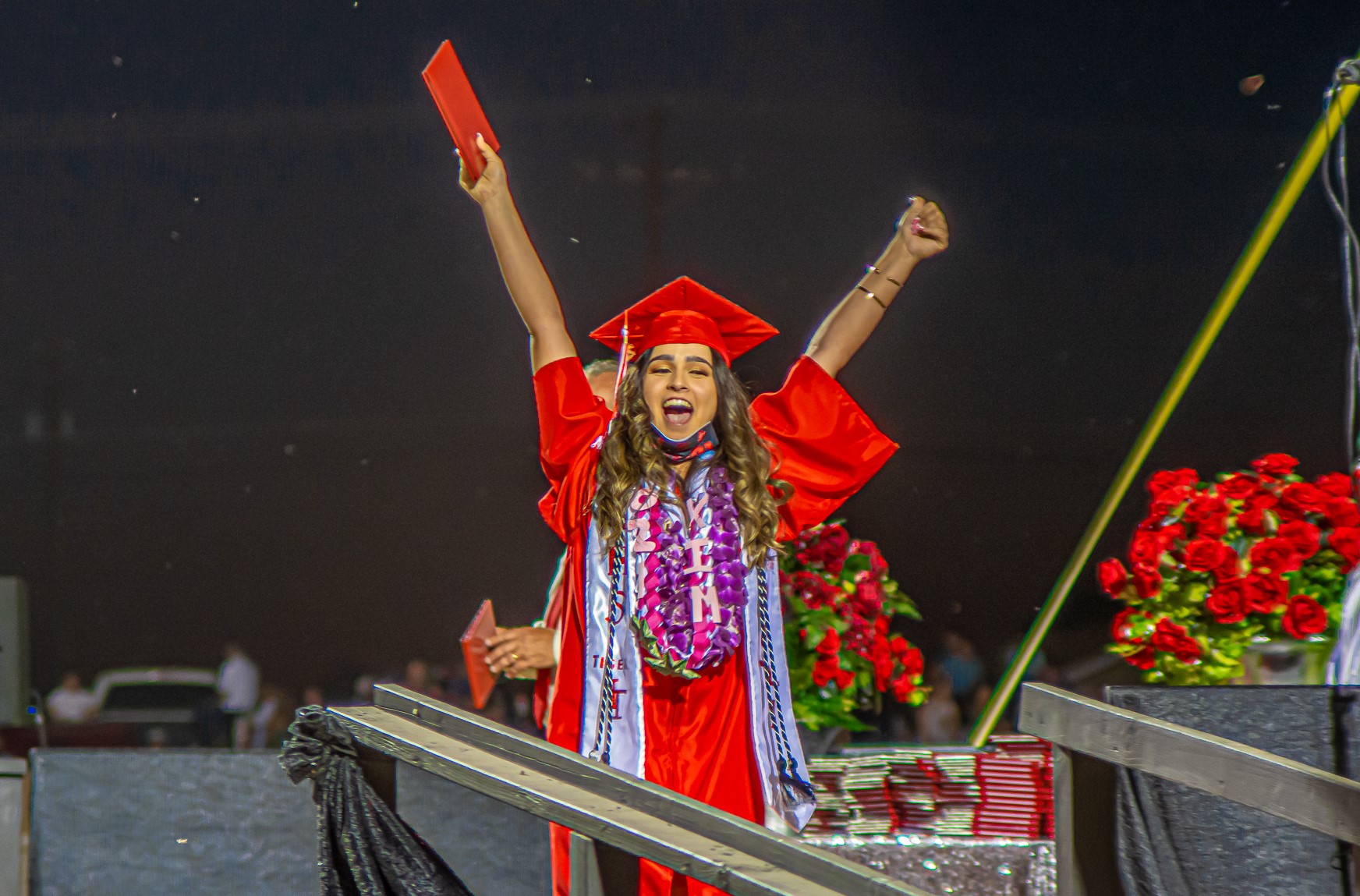 After receiving her diploma, an Imperial High graduate raises her arms in victory during commencement exercises at Shimamoto-Simpson Stadium on Friday night, June 4. | CAMILO GARCIA JR. PHOTO
In Education

On Friday, June 4, Axel Abrica and the 300-Strong Imperial High Class of 2021 Graduated.

IMPERIAL — In a little more than a month, Imperial High senior Axel Abrica will be in Washington, D.C., taking part in a summer program at Georgetown University, where he is also scheduled to attend in the fall.

His pending participation in the university’s Community Scholars Program speaks to the considerable progress Abrica has made in his life, having started as an English-language learner who often worked in the agricultural fields alongside his parents to earn money as a young teen.

Those early childhood experiences taught Abrica a valuable lesson about choices. After a day of toiling in the fields, Abrica said he recalled thinking that the surest route away from the fields and to a desirable career would be to get a higher education.

“I kind of know what I don’t want to do,” the 18-year-old said. “I just care about going to college and doing something with my life.”

On Friday, June 4, Abrica completed the first leg of his life’s journey as he joined a total of 300 graduating seniors who received their diplomas during Imperial High’s commencement ceremony.

One particular challenge was having to adapt to distance learning. Though online learning did provide students with additional time to work on classroom assignments, the downside was that the level of engagement that the campus’ personable and dynamic teachers had enjoyed with their students appeared to have waned, Abrica said.

“The teachers did a really good job, but I would’ve liked it better in person,” Abrica said.

However, the ability to host a parent-sponsored prom, a farmers market and a school-sponsored in-person graduation were definite highlights. So was being able to compete in track and cross country toward the end of the year.

And once COVID-19 restrictions against large gatherings were lifted, Abrica was responsible as senior class president for helping organize some events for his classmates.

“Although it started out rough, its ending was pretty satisfying,” Abrica said. “All the stress that goes into making those events completely goes away when I see the smiling faces of my classmates.”

It’s no wonder then that public service has emerged as a recent passion of Abrica’s and has him considering pursuing a double major in government and economics while at Georgetown.

By doing so, he said he hopes to gain a better understanding of how to tap into the power of economics and policymaking to empower disadvantaged community members, such as himself.

He already had gained some knowledge about the topic when he participated virtually in the Massachusetts Institute of Technology’s Online Science, Technology and Engineering Community program last summer.

As part of that program, Abrica drafted a report about the impact of wealth inequality on college students. As the oldest child of immigrant parents who had once both worked as farmworkers, Abrica said he is well aware of how one’s socioeconomic status can influence a person’s ability to attend college.

The Georgetown Community Scholars Program that Abrica will attend this summer is aimed at empowering first-generation minority students from disadvantaged backgrounds. Aside from letting Abrica to get a jump on his university courses, the program also allows participants to network with one another, as well as with teachers and administrators.

“My mentality is just to try to do your best, which is different for all of us,” he said. “As long as you’re not failing, keep working at it.” 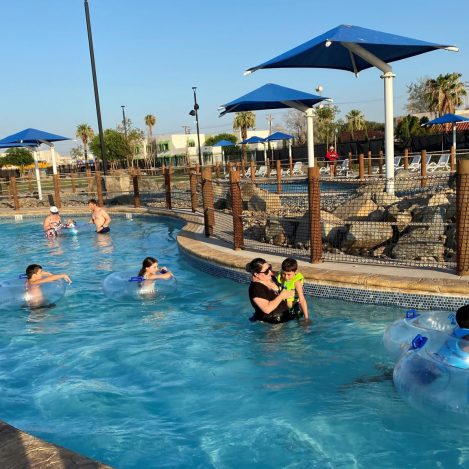