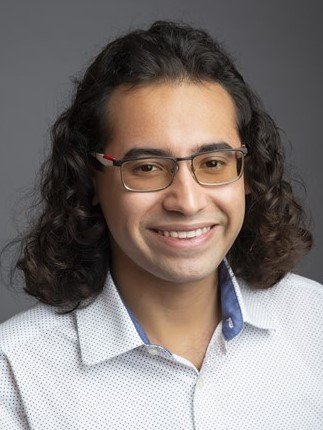 (EDITOR”S NOTE: Calexico City Council member Raul Ureña is responding to letters sent to him and his fellow council members by the mayors of El Centro and Imperial regarding comments he made during the May 5 Calexico council meeting.)

In Response to the City of Imperial & Mayor Viegas-Walker of El Centro:

Both letters correctly cite my quote, in direct response to Councilwoman Romo’s question of how this affects Calexico’s citizens and to respond to earlier comments made by Police Chief Gerardo saying Police Brutality does not happen often at a local, that it is more of an “East Coast” thing.

“As a Police Chief I do not want corrupt officers. As a Police chief I don’t want officers that get away with wrongful use of force. … I implore that you as a council don’t do this because you’re just going to send the wrong message to a police department in a community that in reality, we don’t have a problem, knock on wood, we don’t have a problem with this stuff. The nation may be facing it and I don’t know if you guys notice it but most of these problems are in the East Coast.”

Within his speech in opposition to SB 2 that included arguments that indicated SB 2 would result in a police officer shortage and that police brutality happens less on this coast/region because there is more training. He mentioned decreases in police budgets leads to training being the first thing that gets cut.

Responsibly, when quoted I would like to be quoted in complete context. I responded as cited:

“When you’re looking at where police brutality is happening in our region, I’ve been tracking instances of police brutality for about five years, and most of them have in fact been in El Centro and Imperial. Calexico Police Department, itself, hasn’t had that many incidents of that kind of force, especially out in the media. It’s been concentrated in El Centro, Imperial and the California Highway Patrol.”

Let us analyze the key sections of my statement:

I. “I’ve been tracking instances of police brutality for about five years.”

I did not clearly specify which five years, it would be 2015 and prior when I went off to college. I stayed connected to the movement, so I was aware of some cases after 2015 as well. It is made to affirm that police brutality does exist in the region.

Why so far back? This is the pace of justice. El Centro Police Department is currently under investigation for an incident in 2019 where police use of force killed, Manuel Gonzales, a resident with mental health issues. The EC City Council will not touch the issue if it is under investigation.

Similarly, back then, not so long ago, within this decade, the Saenz and Sampson cases were under investigation. The movement was making calls for an independent community review board for these types of cases. El Centro City Council back then did not want to talk.

The Sampson case resulted in a record payout of $4.1 million after officers called upon 911 to ignore calls for medical help for Sampson. He died in ECPD custody. Why bring this up now? Because the excuse of it being under investigation is now gone. This current council should have the courage to talk about what happened back then if they truly seek to serve the people and better the services rendered to their constituents by their police department.

El Centro is the home of the largest police misconduct settlement in the history of Southern California. Let that sink in, then let me know if you think police brutality exists in the Valley.

II. “Most of them have in fact been in El Centro and Imperial.”

Key mathematical statement. This is a comparative statement. Only one of four cases can be true, simplistically, when comparing police departments:

a. There is 0 Police Brutality in the valley, or

b. Calexico has more than EC and Imperial, or

c. EC and Imperial have more than Calexico, or

d. EC and Imperial have equal/equivalent rate of brutality than Calexico.

I am grateful for Karin’s later. Despite being stapled with a couple insults on my intelligence and integrity in the letter and during the Council meeting, it was much more substantive and inviting for conversation compared to El Centro’s incredibly defensive response. Unlike Chief Gerardo, Karin acknowledges the existence of police brutality in the People of Imperial’s department.  No such acknowledgement is made in Gerardo’s speech or in Cheryl’s letter. The fact of the matter is, there have been cases. Option a. above is simply not true so only one of the other three possibilities can be true mathematically.

If all cities, in unison, including Calexico’s own police chief, are claiming local reform has been so successful that statewide reform is not necessary, we must be able to make a comparison to see which city in the Valley has been more successful in their reform efforts to emulate and perfect the best efforts.  Which city is reforming their departments most effectively? How do we measure success in our service to the community?

III. “Many incidents of that kind of force, especially out in the media”

For the purposes of this statement, I am making it clear that I am talking about excess use of force specifically. “especially out in the media” alludes to the data-generating process.

Unfortunately, like sexual assault and domestic violence, the statistics available are either wholly incomplete or questionable in statistical validity due to the data-generating process behind them.

In the specific cases of excess abuse of force, under the current system, we only find out of them if someone is killed, if the city is sued or if someone is present to film. Most of the community then finds out only through the work of an investigative press or increasingly the presence of social media outlets that wholly report on the subject. Outside of that, police excess of force, like sexual assault and domestic violence, goes unreported because there is no independent body that can review complaints. When something is reported we expect the police to investigate themselves. For this reason, people reasonably do not report. What other department gets the luxury of investigating its own misconduct?

For this reason, we must consider the state DOJ complaints against the ECPD a grossly unreliable undercount about the magnitude of the problem. But to be clear, even under these conditions 46 complaints have been brought up by citizens against ECPD between 2016-2019. Thirty-two against Calexico, 14 against Imperial and 58 against the Imperial County Sherriff’s Department in that same period of time.

“What I have found through our database is there have been three actual complaints by citizens of excessive use of force. One of those was exonerated, and I’m confident of that exoneration because it captured on body-worn camera, which would substantiate use of force by officers, or lack thereof.”

We can reasonably argue that it is less likely that non-excess use of force complaints are made proportional to how often those instances happen and even less likely to be sustained by the Internal Affairs (IA) department* due to the subjectivity around the topics that could lead IA to rule more favorably on the Officer’s side in the absence of physical damage to sustain the complaint.

You are free to disagree with this statistical opinion on the broken complaint system, when you do so, please come prepared to explain why we should trust this system over one that is independent and community run. Why should we trust the police to police themselves? How is that conducive to better data in the form of community complaints?

Further Reading on the flaws of Internal Affairs Investigations in this San Diego Union Tribute Article: “Not uncommon for Internal Affairs to skip interviewing officers involved in shootings”

When the Eduardo Saenz case was under investigation, community advocated including myself stood before the El Centro City Council demanding an independent citizen’s complaint review board for the police. That instead of the police investigating cases, community members be trained, given the power to investigate complaints and rule on them. Much like our legal system relies on a jury of our peers, the same concept should be applied democratically to the police departments that are sworn to serve and protect.

Now, as of May 26, Senate Bill 2, where this conversation started, has passed the senate and is headed towards the assembly with the blessing of our representative Ben Hueso. The probability is high that accountability in the form of an independent commission with the power to investigate and decertify police officers will be implemented at a state level whether we take it into our own hands locally or not. It would have been nice for us to be enthusiastic about it and endorse the effort. We still have time as it heads to the assembly. This is where we are not. My question to those who addressed me, including my fellow Calexico City Council members is:

Will we endorse the Assembly version of the bill or be left behind on another great initiative at a state level that we will have to implement regardless of if passed? What are we doing locally in the immediate term to create a better system of accountability locally?

I look forward to your responses as we continue this conversation locally. It is long overdue.

County Board of Supervisors

Bubba Gutierrez – Killed during a traffic stop by Imperial Police Department officers, settled out of court for $600,000. Officers cleared of wrongdoing.

Adrian Parra – Honors student killed at traffic stop on Highway 86 by Imperial County Sheriff’s Department for running towards the desert in fear.

Manuel Gonzalez Verdugo – Man with prior mental health record, shot in front of Rite-Aid on the corner of Imperial and Main in El Centro. Most recent case, under investigation.

Major *reported* cases. The ones we know of. The ones we are fortunate enough to remember. May their memory illuminate a new chapter in justice for our community. May we right the wrongs of the past today not tomorrow. Amen.

Previous
Communities Come Together to Honor the Fallen 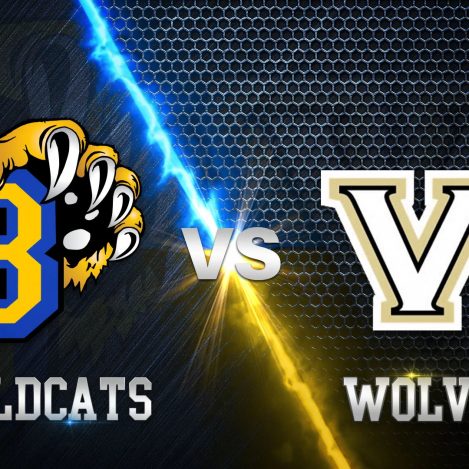