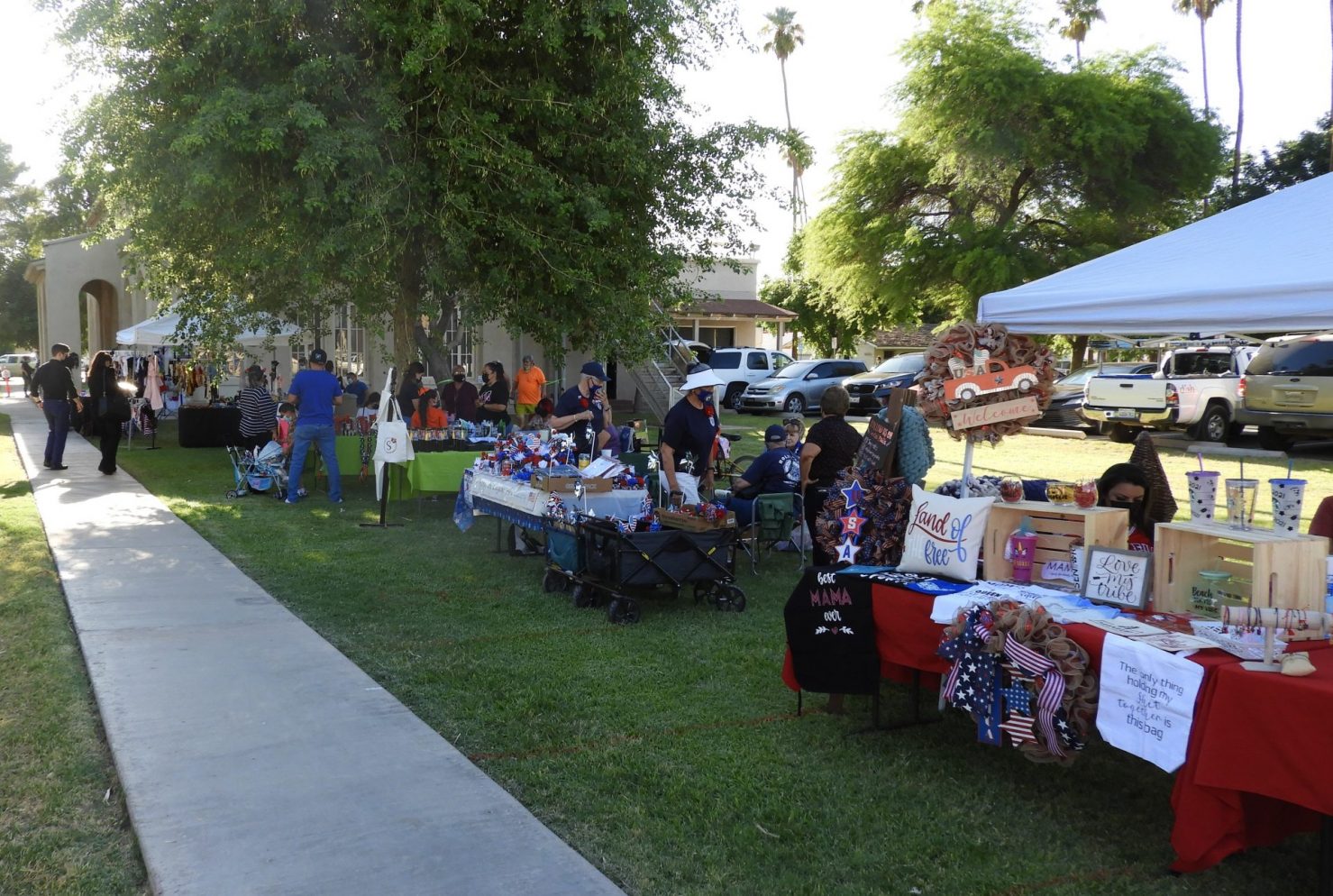 Vendors being setting up their booths for the third farmers’ market (the second put on by the city of Holtville) of 2021 in Holt Park on Thursday evening, May 27. | MARCIE LANDEROS PHOTO
Home
Regional News
In Regional News

HOLTVILLE — In a year-plus that’s been largely devoid of outdoor gatherings in Imperial County, Holtville has been home to three farmers’ markets so far, and people outside this idyllic community have taken notice.

Seeley resident Rae Brooks saw a digital flier promoting the event on Facebook and decided to bring her daughters from the west end of the Valley to the east to visit and shop in Holt Park on a balmy Thursday evening, May 27.

“It’s been so boring the last year. I am more than willing to brave the heat and to put up with the masks just to get the chance to get out and do something. I am so tired of being at home all the time,” said one of her daughters, Leann Brooks. “I don’t think I have gone to something like this since 2019.”

The Holtville Chamber of Commerce put on a farmers’ market-style event in February to replace the canceled Carrot Festival events as COVID-19 conditions were still at a high point, although on their way down. City officials took on the organizational duties and has since staged the last two formal markets, the first in April.

Holtville had 26 vendors in attendance, selling everything from handmade goods to food, and drew around 250 people to Holt Park. Pablo Torres, an AmeriCorps volunteer on hand to assist the city during the market, encouraged people to come to these events.

“It’s a lot of fun. People can shop, and socialize, and now we have a live band,” Torres said as Brawley’s Misery Whistle performed it’s harmonica-driven blues in the background under the Holt Park gazebo.

One of Misery Whistle’s members, “harp” player Daniel Jongeward, explained that the band’s mission is to expose people to a variety of different blues, from well-loved classics to lesser-known songs, and even a few original pieces.

“This is our third time playing here. We love it. It’s a very relaxed place to play,” Jongeward added.

While farmers’ market do tend to be vendor- and entertainment-driven, they are also a source of fundraising opportunities for the community. Holtville High’s FFA members were out in force, drumming up support — and dollars — to attend the National FFA Conference at the Indianapolis Convention Center in October.

Several chapter members won major awards at a recent agriscience fair that qualified them for the big show, and to get there they were selling fruits and vegetables which had been donated by local farmers from around the Valley in a fundraiser organized by John Hawk and Carson Crankright, both Holtville High School staff members.

The students in the FFA program were full energy as they talked to visitors, and Crankright told the Tribune: “They are happy to be in school, happy to be in person, and happy to be active in the community again.”

Donations to support Holtville’s FFA program can be made at Holtville High School.

Meanwhile, the variety of vendors out continued to be diverse, albeit in still smaller numbers due to distancing issued brought on state and local COVID health orders.

In fact, vendor Amanda Wagner of Amanda’s Apparel explained that her business was actually a direct result of COVID. Amanda expressed a passion for clothing, so she began to make clothes to help with the isolation that COVID brought. She started in January selling handmade clothes and accessories with the help of her children, Kacie Mange, Eric Pacheco, and Erin Pacheco.

“After everything with COVID, it’s nice to be out and getting some social interactions,” Wagner’s son, Eric Pacheco said. This was Amanda’s Apparel’s second time out at Holtville’s Farmer’s Market.

Although city officials could not immediately be reached for this story, Holtville Chamber of Commerce Executive Manager Rosie Allegranza, who helped organize the first market back in February, said Imperial County Public Health Department officials have been complimentary of the efforts in Holtville during all three events to maintain stringent COVID regulations amid trying to provide these events for the community.

To ensure that everyone was kept safe, the city, under the guidelines provided by Public Health’s Environmental Health Division, provided tables and chairs for visitors so they could sit and eat in a designated area, and were not allowed to walk around and eat.

AmeriCorps assisted with the event, ensuring that visitors enter and exit through one area, to create, to keep traffic flowing in the same direction, and provide patrons with face masks as needed.

Also, the number of vendors was limited, so that six feet could be provided between booths.

None of that mattered to Imperial resident Victor Rodriguez and his 12-year-old daughter, Lynn. As Lynn looked at toys in a vendor’s booth, Victor expressed a feeling of relief.

“She looks so happy. I haven’t seen her smile like that in forever. It feels like things might finally start getting back to normal,” he said. 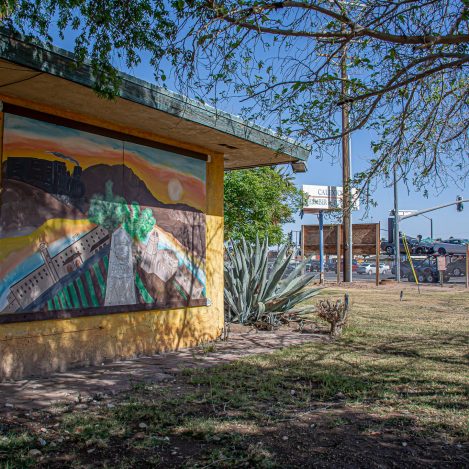