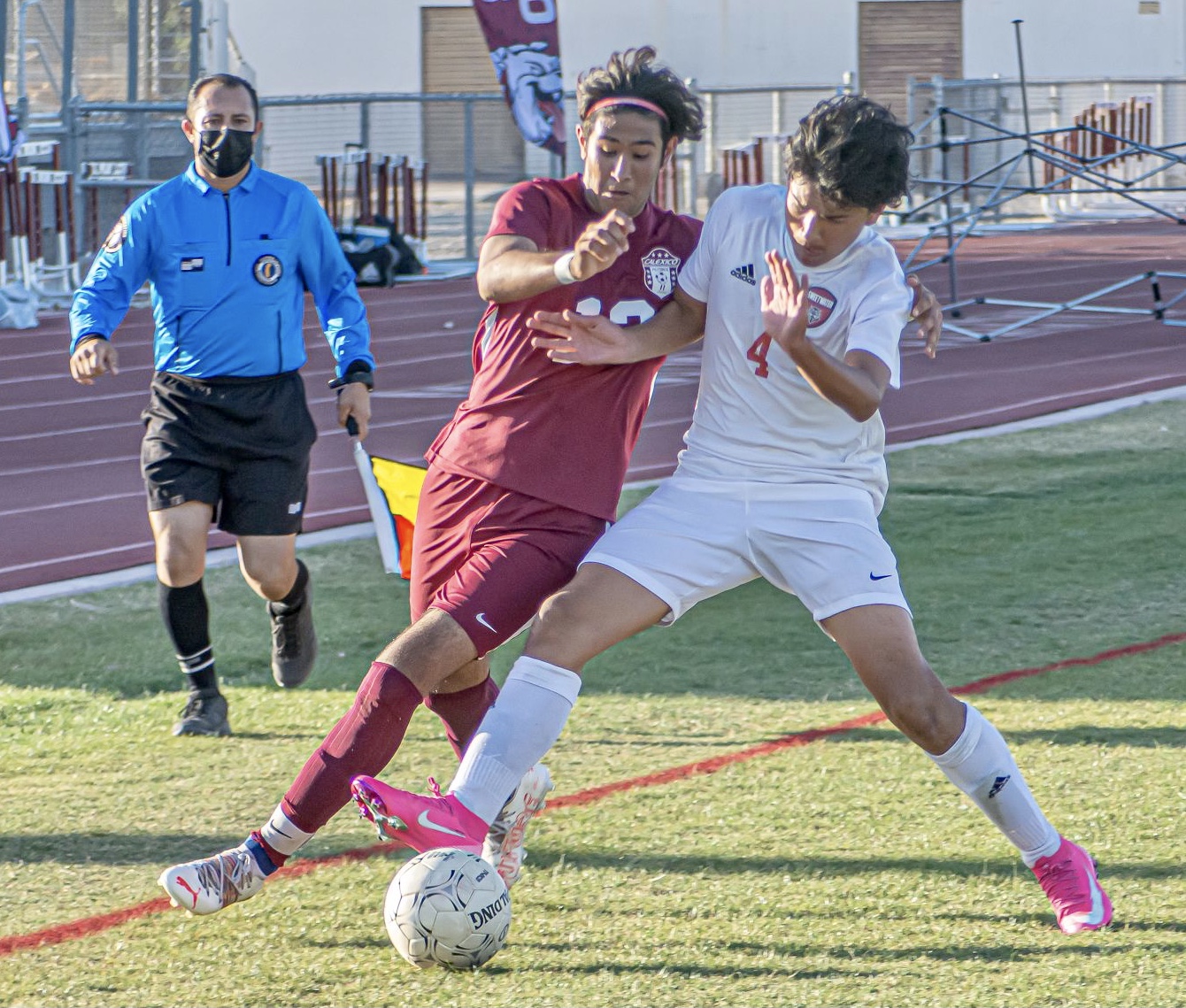 CHULA VISTA — A 4-0 loss in the first game of the season was lingering in the minds of the Calexico High School boys’ soccer team.

The Bulldogs had only been practicing for about 10 days and traveled to play Eastlake High of Chula Vista on April 26 and were beaten pretty soundly, 4-0. Saturday, Calexico got its revenge in the sweetest of ways, knocking second-seeded Eastlake out of the CIF-San Diego Section Division II playoffs with a 1-0 victory.

The win puts the seventh-seeded Bulldogs into the semifinals where they will travel to take on third-seeded Valhalla High of El Cajon at 5 p.m. on Wednesday, May 26. Calexico is 13-0-1 in its last 14 games and hasn’t allowed more than one goal in any of those contests.

“We have a complete team now. This time around both teams were much more equal,” said Javier Bernal, Calexico’s head coach, now in his 19th season. “I think they were a little surprised at how much better we were than that first game we played them.”

After a scoreless first half on Saturday, the Bulldogs got their lone goal early in the second half when midfielder Bill Sanchez was able to connect on a shot from about 30 yards away and sailed right over the Eastlake keeper and into the goal.

“When I saw him take the ball away and push it forward a little I knew he was going to take the shot,” Bernal said about Sanchez lining up the long-distance shot. “He practices those all the time so I knew if he struck it right it was going to have a chance.”

As the game wound down the referee signaled there would be about three minutes of added, or injury, time to the second half. With just more than a minute left until the final whistle, Calexico was called for a penalty inside the goalie box. This gave Eastlake a penalty kick to possibly tie the score and send it to a sudden-death, 15-minute overtime.

On the penalty kick, Bulldogs’ senior keeper Dither Beltran deflected the shot but the rebound went right back to the Eastlake striker who tried another shot but was again stymied by Beltran who corralled the ball. Shortly after the saves, the final whistle blew sending Calexico into celebration mode.

Beltran had four saves on the day but none more important that in the final minute of action.

In Calexico’s first-round game on Wednesday, May 19, the Bulldogs won a 2-1 thriller in sudden-death overtime against Sweetwater High of National City at Ward Field in Calexico.

The Bulldogs scored in the first minute of the game when junior Ricardo Godinez beat the Sweetwater keeper to give Calexico a quick 1-0 lead. Sweetwater tied the game midway through the second half and it stayed 1-1 into the sudden-death overtime.

In the overtime, Calexico wasted no time as junior Brandon Galvan was able to take a pass from his midfielder, get behind the Sweetwater defense and beat the keeper in a one-on-one situation for the game-winner in the first minute of the extra 15-minute period. 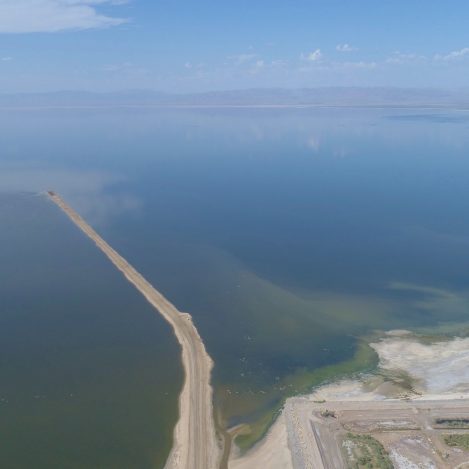