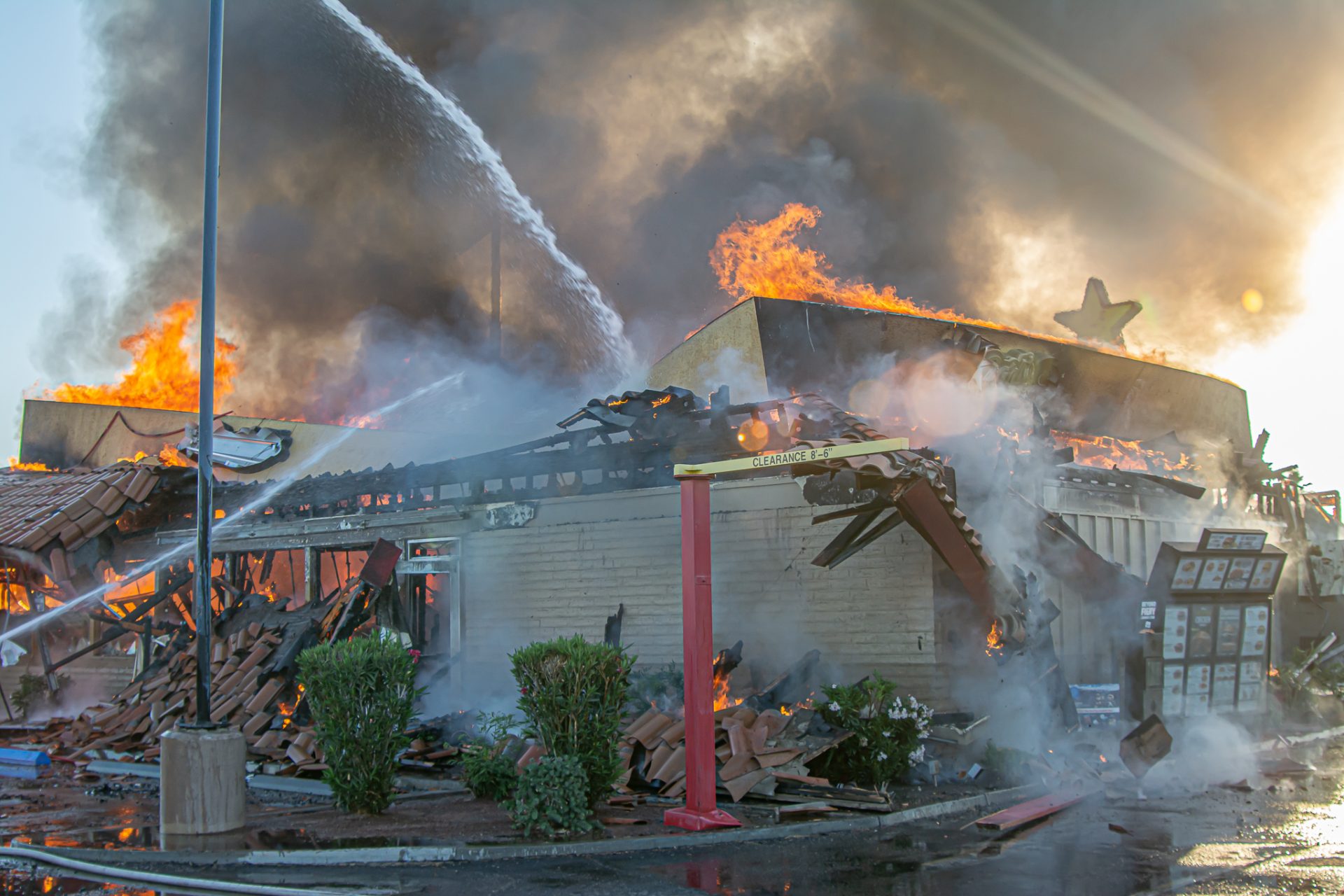 The Carl’s Jr. on Fourth Street near Interstate 8 in El Centro collapses in on itself during an early-morning fire that started in the kitchen area around 5 a.m. Friday, May 21. | CAMILO GARCIA JR. PHOTO
Home
Local News
Share

EL CENTRO — The Carl’s Jr. on Fourth Street near Interstate 8 took flame-grilling to the extreme after an early-morning kitchen fire left the home of the charbroiled cheeseburger a pile of charred ruins.

The first Carl’s employee to show up to the restaurant at 2215 S. Fourth St. to open on Friday morning, May 21, was met with a restaurant full of smoke, El Centro fire Battalion Chief Cedric Ceseña said, adding the worker was the first person to call 911 to report the fire at 5:13 a.m. before she ever attempted to enter the building.

“The smoke was already down to your knees,” Ceseña said of conditions inside the building when the initial wave of El Centro fire crews arrived, which included two engine companies, two quick response vehicles, one battalion chief for a total of 11 personnel.

Heavy smoke was already pouring from the building when the crews arrived, and upon making forcible entry they found entry “heavy smoke conditions, high heat, and heavy fire rolling out of the kitchen area,” Ceseña noted in a press release.

Radio traffic from the incident could be ordering the occupants of the Motel 6 to the immediate east of the fast-food restaurant to shelter in place due to the smoky conditions.

A second-alarm mutual aid request was broadcast within minutes of the first wave’s arrival, bringing in off-duty personnel and other area fire departments for around 27 fire personnel assisting on what had turned from an offensive firefighting attack to a defensive posture, Ceseña stated.

“After multiple attempts to quench the flames with multiple interior crews and due to heavy fire conditions in the attic space, crews were pulled back, and a coordinated defensive fire attack plan was placed into action, assuring that exposures were protected and the fire was confined to the building of origin,” Ceseña wrote in the release.

“For us, wind was a factor this morning,” Ceseña said in a short phone interview, as the fire did grow in intensity as the morning wore on. “At least it was not 100 degrees.”

Ceseña was referring to a the first of two commercial fire the department would battle in a 48-hour period at the A-American Self Storage facility on North Imperial Avenue on Wednesday, May 19. In that blaze, nearly 50 firefighters battled as many as 90 involved storage units burning at the height of the day’s heat, which was reportedly 102 degrees around the time. Some fire personnel were reported to have suffered heat exhaustion and three minor injuries were reported.

On Friday morning, however, no injuries to the public or fire crews were reported.

The cause of the fire is under investigation, Ceseña said, but since it did emanate from the kitchen area, there will be a series of things that are looked at in the probe, including cleaning logs pertaining to grease traps and disposal. Carl’s Jr. is known for its flame-fired burgers and chicken sandwiches.

He acknowledged there have been several fast-food restaurants over the years in which grease had been a source of the fire. He couldn’t say if that was the case of the Carl’s Jr. that burned down in El Centro at Adams and Imperial avenues, which predated his time with the El Centro Fire Department. That fire occurred at least a decade ago.

As of 10 a.m. there were still El Centro crews on site performing overhaul and extinguishing spot fires.

Any witnesses or individuals with information related to this fire should call 760-337-4530. 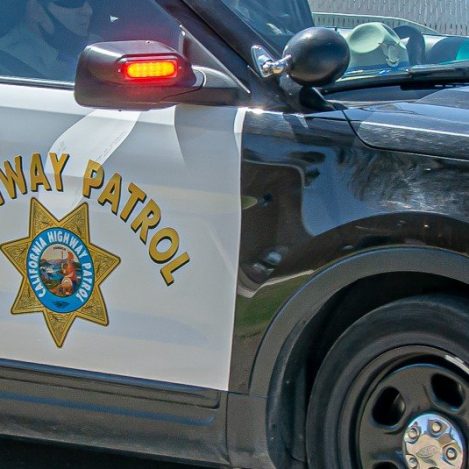