CALEXICO — The following reports were collected from the Calexico Police Department call logs from May 11 through May 18.

2:16 p.m.: A red Ford Mustang on the 200 block of Blair Street was towed for having expired registration.

6:08 p.m.: An unknown vehicle ran into a Toyota that was legally parked in an alleyway on the 900 block of Emerson Avenue before fleeing the scene.

9:45 p.m.: An individual was arrested for public intoxication on the 100 block of East Sherman Avenue after an officer on patrol noticed that he was displaying obvious signs of intoxication. The man briefly tried to flee the scene but after a short struggle, police were able to wrestle him to the ground and place him in handcuffs. Police determined that the man was too intoxicated to care for himself and presented a danger to himself and others and took him into custody.

9:03 a.m.: Armando Aguirre was arrested at the Calexico West Port of Entry for an active warrant out of Visalia.

9:52 p.m.: A man and a woman were arrested on the 100 block of Rockwood Avenue for possession of a controlled substance and for possession of drug paraphernalia after officers investigated the vehicle the two were riding in for having expired tags. Police found used syringes and heroin in the vehicle and methamphetamine in Lopez’s pocket. The pair was cited and released on a promise to appear in court.

2:19 p.m.: Police pulled over a black Toyota Corolla on the 200 block of East Second Street for having illegally tinted windows. Officers discovered that the driver was on probation and commenced to perform a weapons pat-down. During the search, officers discovered a glass pipe in the man’s front pocket that contained a white residue suspected of being methamphetamine. He was cited for possession of drug paraphernalia and released on a promise to appear in court.

6:04 p.m.: A Calexico traffic control officer rear-ended another vehicle in a turn lane on West Second Street after the vehicle ahead of her made an abrupt stop. The officer stated that she believed the brakes had failed and the car did not stop until it hit the vehicle in front of it, but the brakes were later tested and found to be in working order. Police determined that the officer had been following the preceding vehicle too closely.

9:02 p.m.: An officer patrolling the 100 block of Imperial Avenue made contact with the driver of a silver Mercury after observing the vehicle moving from parking spot to parking spot and noticing that the driver appeared to be nervous. The driver admitted that she did not have a driver’s license and was placed under arrest. During a subsequent search of her vehicle, police discovered a used glass methamphetamine pipe, syringes containing suspected heroin and a bindle containing a substance suspected of being methamphetamine. The woman was cited for driving without a license, possession of a controlled substance and possession of drug paraphernalia and was released on a promise to appear in court at a future date.

5 a.m.: Police were dispatched to the Family Store 99, located at 321 W. Second St. for a reported burglary. An alarm company made the owner of the business aware of the burglary about 4:30 a.m. and they arrived at the business to find that the front windows had been shattered and somebody had made off with $216 worth of multi-colored blankets and a box of Christmas candles valued at $300. Police found blood trails leading away from the scene of the crime and collected blood samples to send to the crime lab for DNA analysis. The damages to the broken front windows were estimated at $800.

9 a.m.: Julio Flores was arrested on the 100 block of East Third Street after an officer on patrol allegedly spotting him selling drugs to two other individuals. Investigating the suspected drug transaction, police searched Flores and found him to be in possession of 12.7 ounces of methamphetamine in three separate packages along with 16 clonazepam pills. Flores was cited for possession of a controlled substance for sale and released on a promise to appear in court at a future date.

1:30 p.m.: Police cited a woman for shoplifting after she allegedly tried to take an iPhone from the Walmart on Rockwood Avenue without paying. The woman told police that she took the phone because a loss prevention officer at the store was rude to her and she wanted to “mess with them.” She returned the phone when police arrived and signed a promise to appear in court at a future date. 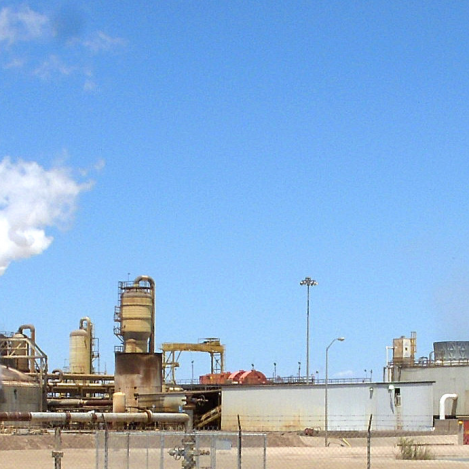