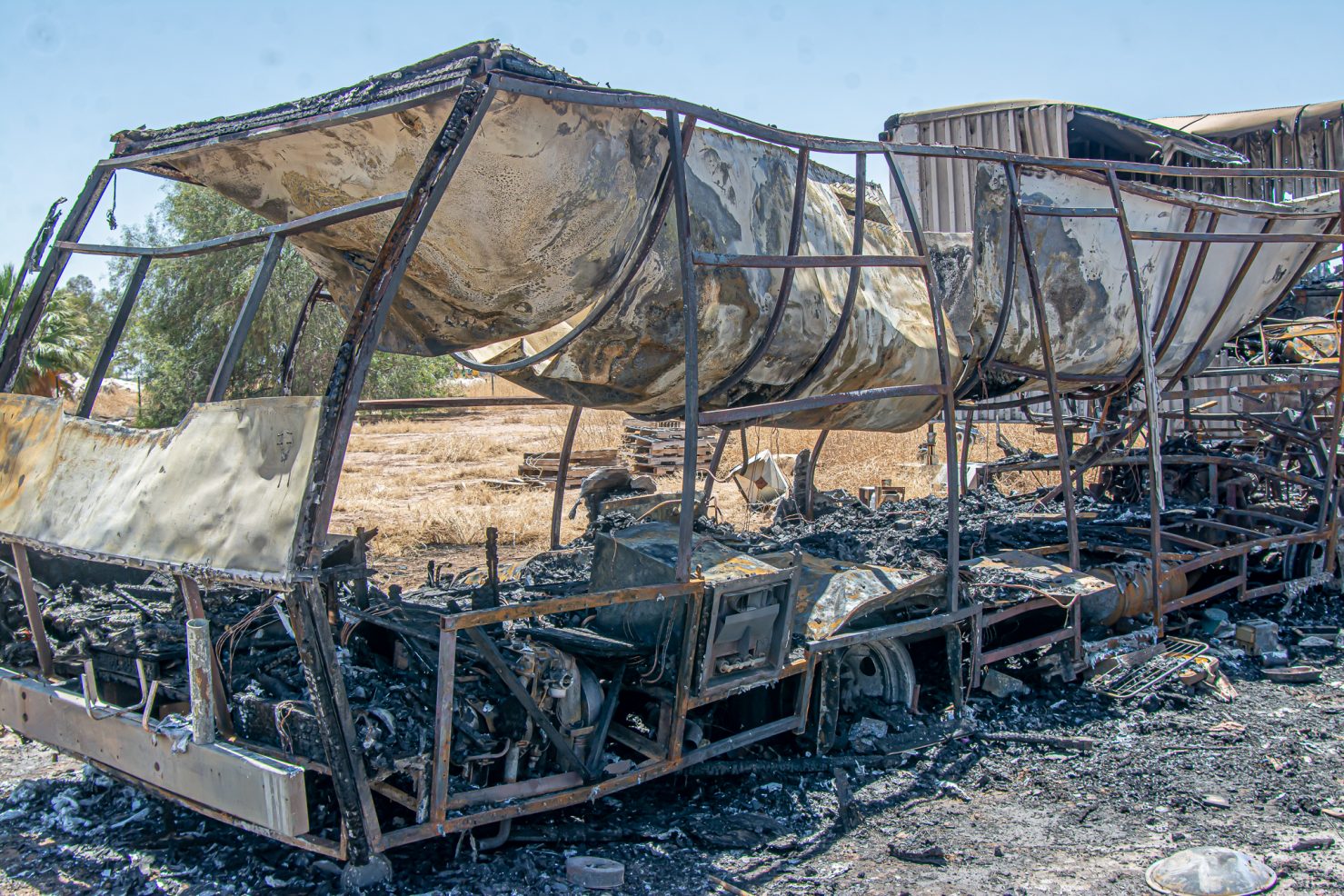 All that remains of a motorhome trailer is the steel framing after it caught fire on Friday evening, May 14. Firefighters, shortly after arriving to a fully involved blaze, found a man inside already dead and severely burned. | CAMILO GARCIA JR. PHOTO
Home
Public Safety
Share

HOLTVILLE — Authorities have yet to positively identify the individual found burned beyond recognition inside a trailer on property behind a home on East Thiesen Road north of Holtville on Friday, May 14.

Although the individual is known to many in the public, this newspaper is choosing to withhold their name until the Imperial County Sheriff’s Office confirms the identity through genetic testing.

Death investigators could confirm the individual’s identity “by late tomorrow (Thursday, May 20) or Friday (May 21),” Benavidez stated, that “will be dependent on comparison testing availability.”

Benavidez said in a follow-up call Wednesday afternoon that the remains are so badly burned that viable DNA can only be culled from internal organs that will be accessed during a scheduled autopsy on Thursday.

Then, Benavidez said, the comparison will be made from genetic material on a personal item provided by a possible family member.

Sheriff’s investigators have said in past stories that the coroner’s division does have a rapid DNA-testing system that allows them to compare samples taken from family members to compare with decedents. That technology, which turn around results in a few hours, was used in identifying some of those who perished in the Holtville-area migrant crash on March 2 that killed 13 people.

Meanwhile, a multi-agency task force consisting of local fire service personnel is investigating the cause of the trailer inferno, and not the Sheriff’s Office.

“Once we conduct the autopsy that could change,” Benavidez stated in a text message on Tuesday, May 18.

Holtville Fire Chief Alex Silva said that as Wednesday morning, no determination had been made regarding the cause or origin of the fatal fire.

Silva said he requested to have a local multi-agency arson task force investigate the cause of the fire in place of the Holtville Fire Department as a standard practice his department often employs.

“We would like to have someone else do it with fresh eyes and a fresh impression,” Silva said on Wednesday.

The day of the fire, the decedent was reportedly observed by witnesses as “acting erratically throughout the day” in the hours before the individual’s eventual death.

No signs of foul play were detected, Benavidez previously stated. An autopsy had yet to be scheduled as of Wednesday morning, a coroner’s division representative said.

Many details on the case are sketchy at this point, but Imperial County coroner investigators were called to the scene of a trailer fire in the 1700 block of East Thiesen Road around 6:45 p.m. May 14, said sheriff’s Lt. Manuel De Leon, who leads the coroner’s and investigations units.

Both coroner’s investigators and case investigators were brought in and witnesses in the vicinity were interviewed, De Leon previously indicated. That’s when he said someone reported that the individual found in the trailer had been acting strangely earlier in the day.

The decedent was thought to be in their 50s, according to Holtville Fire Chief Silva, who deferred comment on Friday night to sheriff’s officials.

Holtville Fire Department crews were called out to the trailer fire around 6:15 p.m. Friday, Silva said during an interview on Saturday morning. Crews arrived to find the trailer fully engulfed in flames, the site of which was accessible only from a dirt access road behind a main house facing Thiesen.

Within minutes of arriving, witnesses told fire crews that a man lived in the trailer but that no one had seen him in a while, so Silva said firefighters tried to battle the fire enough to make entry into the trailer to look for an occupant.

The decedent was located already burned beyond recognition at that point, Silva said, so all crews could do was try to put out the fire all around the remains to preserve the scene for investigators.

Benavidez said the body was found in the bedroom area of the trailer. 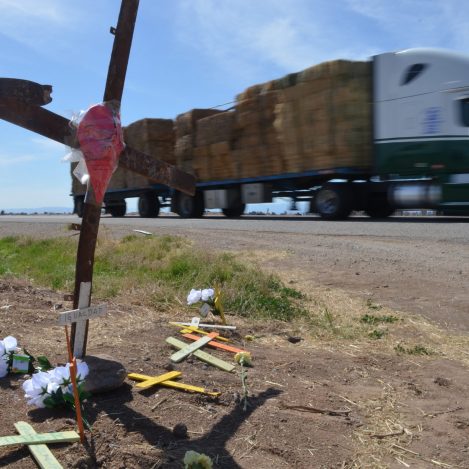