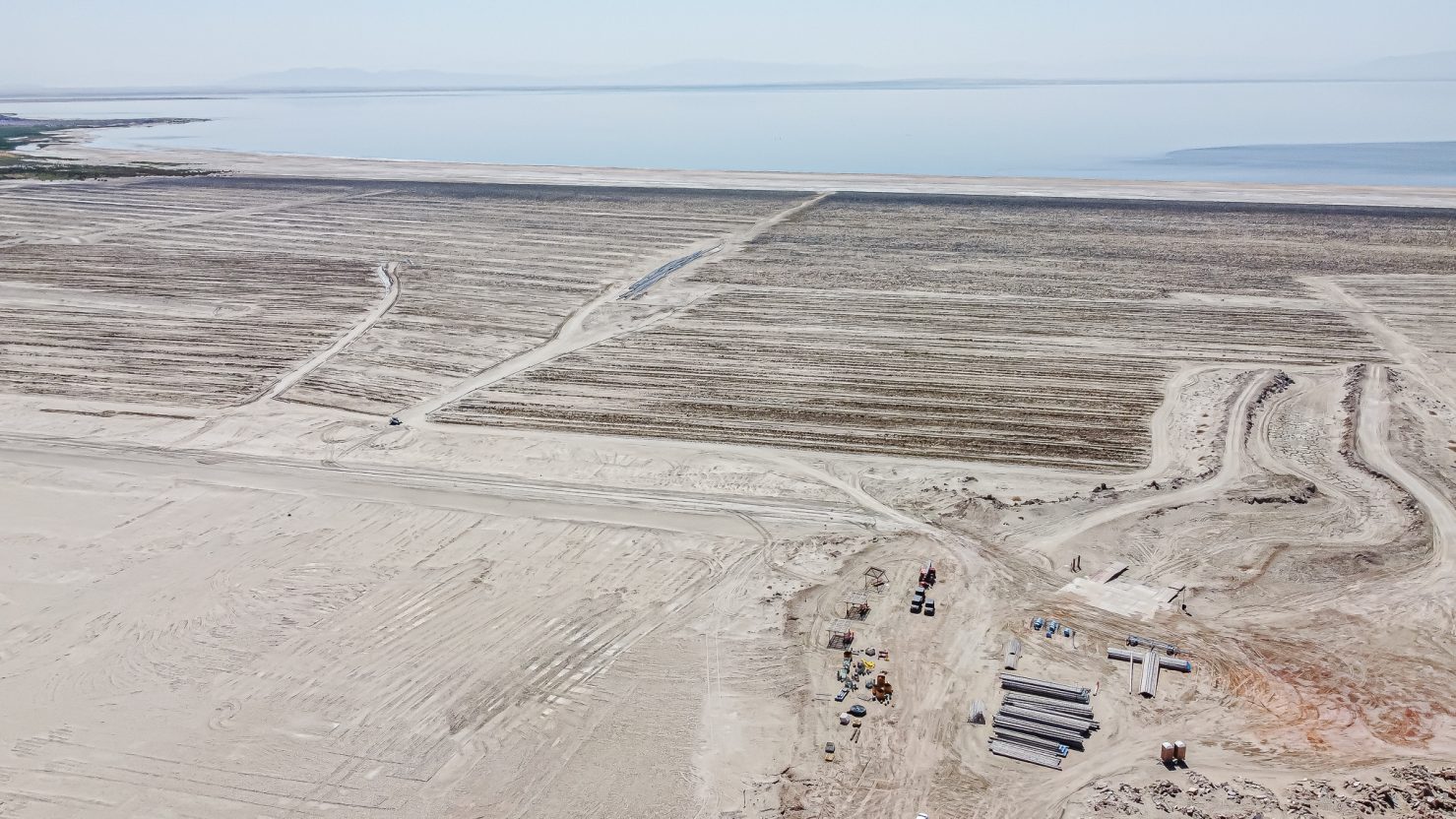 Construction continues on a major 4,100-acre habitat project at the southern end of the Salton Sea that can be seen in progress from a drone. No work was being done at the site on Friday afternoon, May 14. | CAMILO GARCIA JR. PHOTO
Home
Regional News
In Regional News

Virtual Roundtable on Embattled Lake to Take Place on Tuesday, May 25

New funding proposed at the Salton Sea could bring about 8,000 acres of projects to the drying body of water, but one Imperial County official is saying more will be needed for more permanent measures.

As part of the biggest economic recovery package in California history, Gov. Gavin Newsom’s $100 billion California Comeback Plan proposes $220 million for the Salton Sea to fund projects to improve conditions in the region over a two-year period. The plan includes $50 million proposed for the 2021-2022 fiscal year.

The funding will bolster the state’s effort to implement phase one of the Salton Sea Management Program, which calls for the construction of nearly 30,000 acres of habitat and dust-suppression projects on the exposed lakebed by 2028.

The funding is a good move in the right direction, but in the grand scheme of things, it’s only a small percentage of the money needed, said Imperial County Supervisor Ryan Kelley, who represents District 4, home to the Salton Sea.

“A long-term plan for the Salton Sea is going to be decided in the next two years, and the Natural Resource Agency is required to produce that. There hasn’t been a lot of fruitful discussion yet,” he said. “It’s going to take much more than $220 million to see that to fruition.”

The state, local stakeholders and federal officials are working on a plan to restore the Salton Sea that should be completed by the end of 2023, Kelley said. The Salton Sea Management Plan team is working to establish a long-term pathway for the Salton Sea beyond the next decade, including work to evaluate the feasibility of water importation as a strategy for restoration of the sea.

“I’m glad to see more money being allocated to Salton Sea restoration, but I’m waiting to see how all of our ideas are being shaped into a plan that has a Salton Sea we can use, to create an opportunity instead of a burden,” he added.

Construction is now underway on a major 4,100-acre habitat project at the southern end of the sea, and about 750 acres of interim dust-suppression projects were completed last year.

“Gov. Newsom’s proposal to significantly expand funding to implement the Salton Sea Management Plan reflects our continued commitment to stabilize and restore the sea,” said California Secretary for Natural Resources Wade Crowfoot. “This work has to happen in partnership with local communities and leaders, and I’m encouraged with our collaboration on several fronts.

“While we’ve started to make important progress together, we have a lot of work ahead of us, and this proposed funding is critical to deliver needed improvements,” he added.

On Tuesday, May 18, it was announced that Crawfoot and Assembly member Eduardo Garcia, D-Coachella, would be among the key leaders in a Salton Sea virtual roundtable planned for 1 p.m. Tuesday, May 25.

Environmental justice groups and community-based organizations such as Comite Civico Del Valle, Audobon California, Sierra Club, and Pacific Institute, among others, will host the roundtable.

The event will be streamed on Facebook and YouTube. Panelists will discuss the progress of efforts to stop that decline to protect the health of local residents and preserve critical habitat for wildlife, according to a press release. 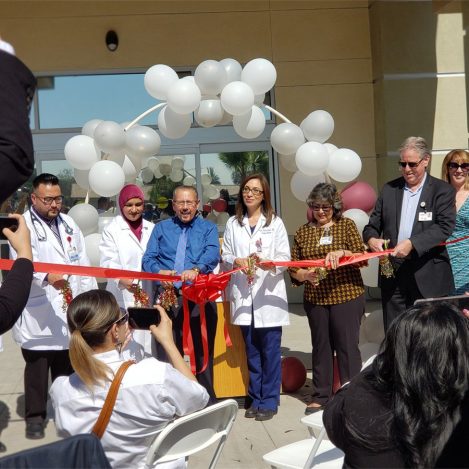