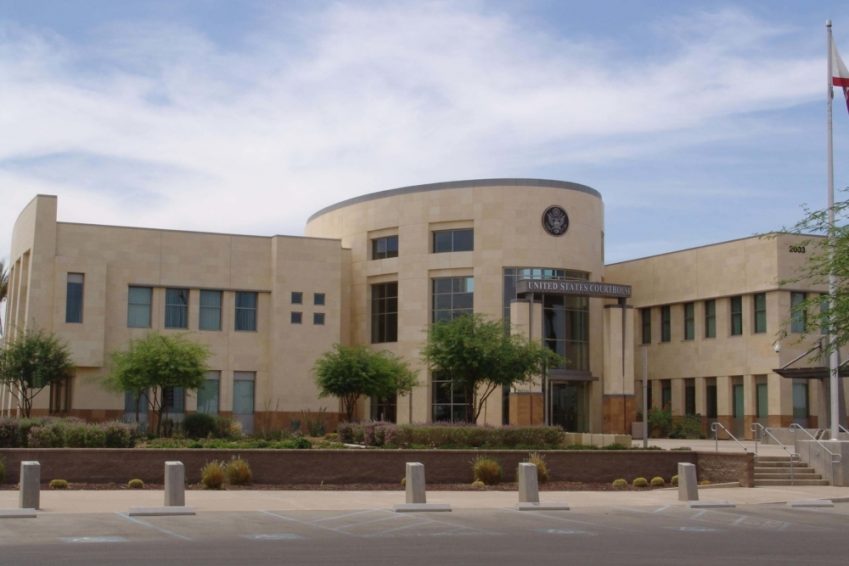 A 20-year-old Imperial man with ties to the white supremacy movement is the subject of a domestic terrorism investigation, federal authorities wrote in court documents.

The probe came to light in documents filed Friday, May 7 in a separate case against Brian Mathew Thibodeau in which he is charged with possession of an unregistered gun silencer.

Thibodeau pleaded not guilty in federal court in El Centro in front of U.S. Magistrate Judge Ruth Bermudez Montenegro in that case on April 22 and has waived his right to a preliminary hearing, according to court documents.

Thibodeau’s arrest appears to have occurred on the night of March 26 at his home in the 600 block of South Imperial Avenue in Imperial. He was released on $20,000 bond on April 7 to the custody of his mother and is wearing a GPS ankle monitor, according to online court documents.

The FBI told special agents from the Department of Homeland Security who were investigating the silencer that Thibodeau was facing a domestic terrorism investigation involving so-called racially motivated violent extremists, the court documents say.

The FBI said their investigation involves white supremacy and domestic terrorism movements, the court documents say, as well as online planning for possible violent attacks in the U.S.

Though there’s a domestic terrorism investigation, no specific domestic terrorism law exists in the federal criminal code. That means the government must rely on other laws, such as hate crimes and weapons offenses, in politically motivated cases.

A spokesperson for the U.S. attorney’s office in San Diego declined to comment on Thibodeau’s case Monday, May 10. His El Centro attorney and an FBI spokesperson did not return requests for comment.

Agents executing a search warrant at Thibodeau’s home in Imperial on March 26 discovered the silencer, two firearms, a kit for making an AR-type rifle and metal pipes that authorities believe might be used to make pipe bombs. They also found six cellphones, three desktop computers, a laptop, and an iPad.

Additionally, officials uncovered two notebooks filled with racist and Nazi phrases and drawings, as well as various racist and antisemitic documents and propaganda items, a novelty grenade, and a copy of “The Turner Diaries,” an antisemitic novel that is popular with extremists. The search warrant also turned up a T-shirt featuring a neo-Nazi symbol, a German helmet and a black Nazi-style jacket with skull and crossbones on the collar.

Homeland Security Investigations began its probe on March 19, documents say, when U.S. Customs and Border Protection officials found the silencer at the Los Angeles International Mail Facility. It was addressed to Thibodeau.

An undercover HSI agent delivered the silencer to Thibodeau on March 26. After Thibodeau accepted the package from the agent, a half hour later HSI Imperial Valley Border Enforcement Security Task Force members, accompanied by at least one Imperial police officer, executed a search warrant, and searched his home and interviewed Thibodeau about his purchase.

He told the Homeland Security agents he had ordered the part online for $25 and it had been marketed as a fuel filter. He said he was going to use it to clean his rifle, the court documents say.

Thibodeau told the agents that the FBI had come to his home a few months earlier and tried to speak with him, but he refused, according to the documents. He said he believed it was related to something he had posted online but he wasn’t sure. The agents later contacted the FBI, which told them of the domestic terrorism investigation.

When the agents told Thibodeau that he would face a state felony citation for the silencer, he suddenly raised his voice. He called the agents “federal pigs” and said it was a waste of time, the documents say. He later apologized.

Thibodeau was released from custody after that interview, according to court documents, after which agents contacted the FBI to discuss the nature of their previous attempt to speak with Thibodeau.

After learning that Thibodeau was a subject of interest in an ongoing domestic terrorism investigation by FBI another search warrant was obtained, and special agents returned to his Imperial home around 7:45 p.m. that night, where seized Thibodeau’s computers, iPad, and cellphones.

If he is convicted of the federal silencer charge, Thibodeau would have to forfeit a Glock handgun, an AR-15 style rifle, nearly 500 rounds of various ammunition and several magazines.

He is scheduled to appear in court May 27 in an online hearing.

Previous
Hallelujah! Calexico, Other Valley Seniors Will Walk for Graduation