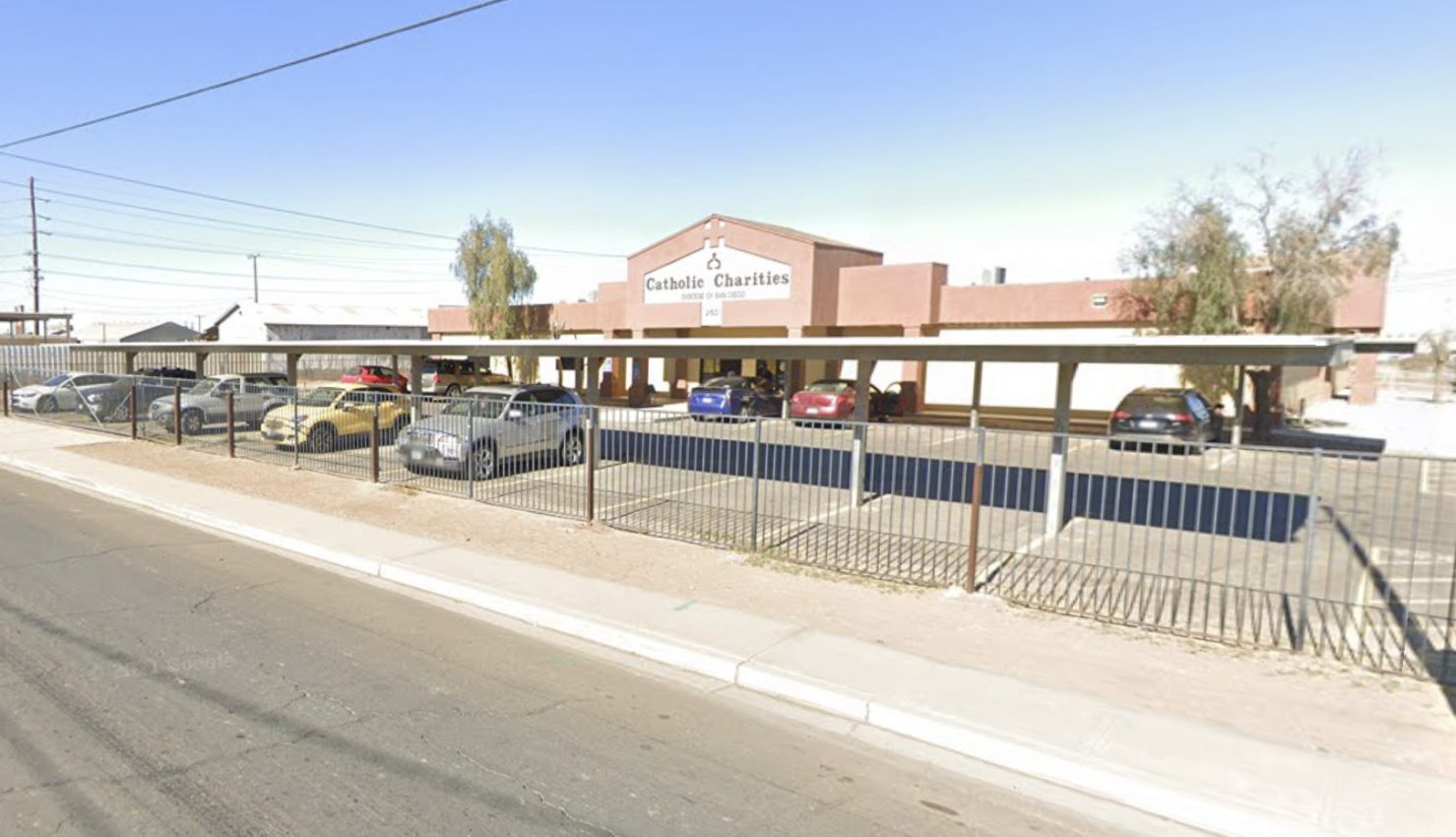 Catholic Charities, Diocese of San Diego offices at 250 W. Orange Ave. in El Centro will be the site of the diocese’s Apagando Las Calles project, which will include a day center to provide assistance and services to the Valley’s homeless. The project received approval for a $2.54 million loan from the county of Imperial on Tuesday, May 11. | COURTESY PHOTO
Home
Regional News
In Regional News

A new day center expected to open in August is geared toward helping the homeless problem in Imperial Valley.

On Tuesday, May 11, the Imperial County Board of Supervisors voted 4-0 to grant a $2.54 million loan to Catholic Charities, Diocese of San Diego for its Apagando Las Calles project.

That project, said Assistant Director of Social Services Paula Llanas, includes the development of a day center at 250 W. Orange Ave. in El Centro. Catholic Charities will partner with local agencies to provide comprehensive services to homeless individuals and families in Imperial County.

Day center staff will provide targeted case management, develop needs and service goals and assist people in connecting to services and housing that meets their needs, she said. Services include healthcare options, social and employment programs, street outreach, education programs for children and other federal and state programs for the homeless population.

The day center will also offer showers, bathrooms, a laundry room, and a commercial kitchen to serve the homeless in the Valley, Llanas said. The day center is set to serve about 760 individuals per year.

In 2020, 1,527 people were reportedly homeless in Imperial County, according to the “point in time” count, a snapshot of the Imperial Valley’s homeless. The count, done on the same day throughout the country, helps get a vast picture of homelessness in the U.S.

Across the country, eight largely suburban Continuums of Care had unsheltered rates of 75 percent or higher, with Imperial County reporting the highest rate of its category (87.4 percent) in 2020. Twelve largely suburban CoCs reported rates of unsheltered individuals greater than 80 percent, with two reporting rates of over 90 percent: Ft. Pierce, Florida (93.2 percent) and Imperial County (91.6 percent).

Imperial County also ranked high in the percentage of chronically homeless individuals who were unsheltered at 97.2 percent, according to the Housing and Urban Development report on U.S. homelessness.

Funding for the 20-year forgivable loan is coming from the Homeless Emergency Aid Program grant on behalf of the Imperial Valley Continuum of Care Council, Llanas said. Those funds are set aside to help homeless in California, including “by addressing the underlying causes and lessening the negative impact to individuals, families and our community.”

There will be no impact to the general fund with the loan, she added.

Officials with Catholic Charities did not immediately return calls seeking comment on Tuesday, May 11.