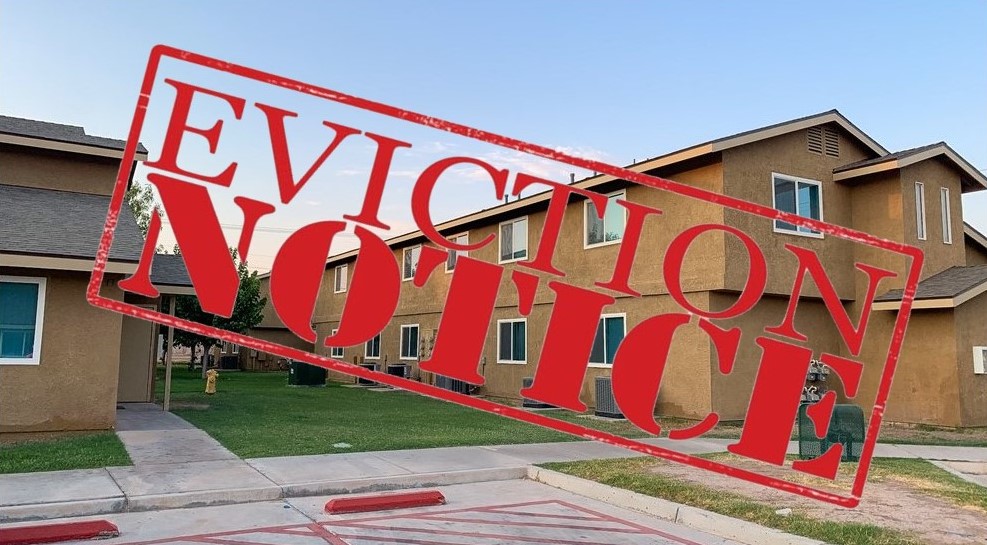 Protections in place against evictions for non-payment of rent or past due balances due to the COVID-19 pandemic are soon coming to an end, and after more than a year, some Imperial County families could be seeing those dreaded notices telling them to get out.

That possibility, Esperanza Colio-Warren said, is real, and could create a devastating financial ripple effect in the whole community.

As the Imperial County deputy executive officer, Colio-Warren has been making the rounds at local city council meetings and organizations to try to get the word out about help that is available from the state.

“We have $13 million that has been allocated to our county from the state,” Colio-Warren said during a presentation at the Imperial City Council meeting on May 5. “If you know someone is struggling with their rent, let them know there is assistance.”

At stake is the money set aside for Imperial County, she said. If the program doesn’t receive more applications approved by the state, the money will be allocated elsewhere. In the last two months, as of May 1, only 109 local applications had been received by the state totaling around $455,000 but only around $90,000 had been approved.

The potential loss of housing and the financial impact on both landlords and renters, many of whom are low income in the Valley, would be devastating to the region, Colio-Warren said. The moratorium that prevented landlords from evicting tenants who were past due on their rent for the last year will expire on June 30.

“It’s so sad to see a program like this being underutilized,” Imperial Mayor Karin Eugenio said.

This is where there’s been some resistance, officials said, in having to forgive the 20 percent gap.

“The tenant can continue receiving assistance from the state going forward to help them pay 25 percent of their rent to stay in their homes,” Colio-Warren added, meaning that long-term both landlords and tenants would benefit as people recover from the financial hardship of the pandemic.

If they qualify, some tenants would also be eligible to receive up to 100 percent assistance for 12 months of unpaid or future utility bills.

In this scenario, Colio-Warren emphasized that although both renters and landlords are hurting financially, there’s a mutual benefit. The money would be paid directly to the landlord, not distributed to a renter with the risk that they wouldn’t follow through on paying their property owner.

Some city council members expressed hesitation that landlords would end up still taking a loss.

“The way I see it is, if I’m the landlord and I have four families that are delinquent, what are the chances that they’re going to be able to come up with the funding?” Colio-Warren asked. “I would rather take what I can get today and not lose money. I can send them to jail, but what is the winning (side)? There is no win in that.”

At her presentation during a recent El Centro City Council meeting, Mayor Cheryl Viegas-Walker said that she was in support of any way to spread the word and get the message out to help residents who have been hard hit by the pandemic.

If landlords are not willing to participate in the application with the tenant, the second option allows the tenant to apply for a lower percentage relief without the landlord’s cooperation. Under this scenario, the eligible renters would receive 25 percent of their unpaid rent that accrued during the same time period. The payment would be made directly to the landlord.

In the chance that the landlord refuses direct pay, then the renter would pay it directly. Although it is a much smaller amount, the program emphasizes that as long as a renter is paying 25 percent of their rent, they’re able to stay in their residences under the recent legislation, Senate Bill 91.

Around seven local nonprofits are available to assist people with their applications and all city officials have committed to spreading the word to their local constituents and landlords.

“I was able to see firsthand some of that relief, that they were able to get help,” Colio-Warren said.

Although it’s managed by the state, there continues to be a local advisory committee trying to reach more remote communities like Niland, Palo Verde, and Bombay Beach. Some of the local groups assisting in the effort are Campesinos Unidos, California Rural Legal Association and Neighborhood House of Calexico.

“There’s so many times I’ve seen a program (funding) that ends up leaving the Valley and that money is gone,” Colio-Warren said. “We’re a poor community and we need to take that into consideration. No funding is going to stay in Imperial County if we don’t use it.”