CALEXICO — The following reports were collected from the Calexico Police Department call logs from April 26 through May 3.

1:27 p.m.: A resident of the 100 block of Vernardo Drive reported a residential burglary. The resident told police that the burglary had occurred while they were away for the weekend and the perpetrator apparently made entry by pushing a window unit air conditioner into the residence and jumping through the window. Reported stolen were a loaded 9mm handgun, an XBox controller, a game console microphone and a LogiTech webcam with a total value of about $1,030. Police were unable to locate any witnesses to the crime or any suspect information.

3:03 p.m.: A set of JBL speakers were reported stolen from a locked Chevy S10 pickup in the 400 block of Mary Avenue. There was no damage to the doors or windows and the reporting party believed that the thief gained access to the vehicle by manipulating the door lock mechanism. Somebody had also tampered with the steering wheel housing, which had been removed to expose the ignition keyhole. Police were not able to gain any suspect information.

7 p.m.: An apartment manager on the 600 block of East Fourth Street reported that an unknown subject had broken into a vacant apartment and pushed over a toilet, causing the apartment to flood. The manager told police that she suspected the damage may have been caused by a previous tenant who was upset at being asked to move out.

9:50 p.m.: Police were called to the CB Stop gas station on Cole Road after a man inside the store began to yell and act erratically before going outside and banging on a trashcan in front of the store and the store’s front windows. An employee at the store told police that she was afraid since she was working at the store alone and requested that the man, identified as Samuel Daniel Solorio, be arrested for trespassing. A police records check revealed that Solorio has been previously warned not to trespass at the property and he was arrested and taken to the Calexico Police Department. Solorio was later cited and released on a promise to appear in court at a future date.

1:26 a.m.: Police responded to a traffic collision involving a U.S. Border Patrol vehicle at the corner of Andrade Avenue and First Street. The Border Patrol agent told police that he was driving his work vehicle west in the 1000 block of East First Street when he saw a subject jump the international border fence. He stopped his vehicle and put it in reverse to further investigate the incident but backed into another vehicle, damaging the front bumper. Police found the agent to be at fault for the accident.

2:55 a.m.: Officers responding to a reported brush fire in the 300 block of West Second Street instead found a fully engulfed vehicle burning in the old Vons shopping center. A woman working at a nearby construction site told police that she saw a man in a yellow shirt and cutoff jean shorts throw a Molotov cocktail into the vehicle before fleeing the scene east on West Second Street. Police made a search of the area but were unable to locate the man. The vehicle was in the process of being registered to a resident of Guadalajara, Mexico.

9:38 a.m.: A locked silver 2018 Ford Fiesta was stolen from the Las Palmas Shopping Center on Ollie Avenue while the owner was inside shopping. The owner did not witness the theft and police were unable to gain any suspect information.

11:20 p.m.: Police made contact with a man at Border Friendship Park on Paulin Avenue for having an open container of beer. The man consented to a pat down and police discovered a small box in his left sock containing substances later confirmed to be about two grams of methamphetamine and two grams of heroin. The individual was cited and released at the scene and the drugs were taken to the Calexico Police Department, where they were booked into evidence.

10:47 a.m.: Police were called to the Pep Boys auto parts store on Imperial Avenue for reports of a female subject throwing items and causing a disturbance inside the business. Officers contacted the woman, later identified as Sarawillow Pacheco, inside the store and she told them “take me to jail.” An assistant store manager told police that he had suspected Pacheco of shoplifting and when he confronted her, she began to yell and throw things. Pacheco was arrested and taken to the Calexico Police Department, where it was discovered that she had an active warrant for her arrest on charges of assault with a deadly weapon and burglary. Pacheco was then booked into Imperial County jail.

12:27 a.m.: An unknown suspect broke the rear window of a white Toyota Tacoma on the corner of Rockwood Avenue and East Second Street and made off with a Hugo Boss watch that was inside the vehicle along with other items. A brick was found in the bed of the pickup and police noted that the vehicle’s stereo system had also been shattered. The reporting officer added that it was unusual for a thief to shatter a stereo and suggested that the act may have been done out of hate for the victim. The victim told police that she didn’t have any idea who could have committed the crime.

5 p.m.: Police conducted a traffic stop on a black Jeep in the 1100 block of Rockwood Avenue that matched the description of a vehicle belonging to the suspect in a theft that had just occurred at Walmart on Rockwood Avenue. As police activated their emergency lights, the driver of the Jeep jumped out of the vehicle and fled on foot. A passenger exited the vehicle and surrendered to police. The female passenger identified the driver of the vehicle as “Jose Lopez from El Centro” and told police that she had been at Walmart with Lopez but had waited in the vehicle while he went inside. The woman admitted to having a methamphetamine pipe stashed in her pubic area and a female agent from the U.S. Border Patrol was enlisted to conduct a personal search. The agent was able to find the pipe, along with a bindle of white powder in the woman’s bra later identified as methamphetamine. She was cited for possession of a controlled substance and for possession of drug paraphernalia and was released on a promise to appear in court. Police were unable to locate the driver of the vehicle.

2:55 p.m.: Police conducted a traffic stop on a grey BMW in the 300 block of Imperial Avenue for having expired registration. The driver, identified as Frank J. Contreras, told police that he didn’t have a driver’s license and gave officers consent to search the vehicle. A passenger, Kelly F. Guthrie, claimed ownership of a few bags on the passenger side floorboard of the vehicle. During the search, officers located a glass pipe in the vehicle’s center console that contained a burnt white residue suspected to be methamphetamine. Contreras told police that the pipe was his. Inside Guthrie’s purse, police located a collapsible black baton with a silver handle. Guthrie told police that she had bought the baton from the website Wish.com to use as protection. Contreras was placed under arrest and charged with possession of drug paraphernalia and Guthrie was placed under arrest and charged with possession of a baton. Both were cited and released at the scene on a promise to appear in court.

3:01 p.m.: A man was cited and released after trying to cross the U.S.-Mexico border while carrying a collapsible baton. The individual told police that he carries the baton for protection and didn’t realize that he needed a permit to carry one. 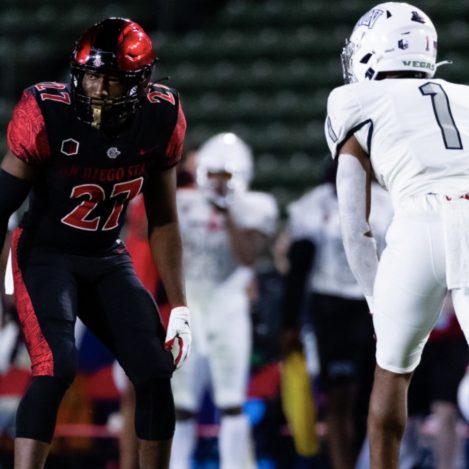