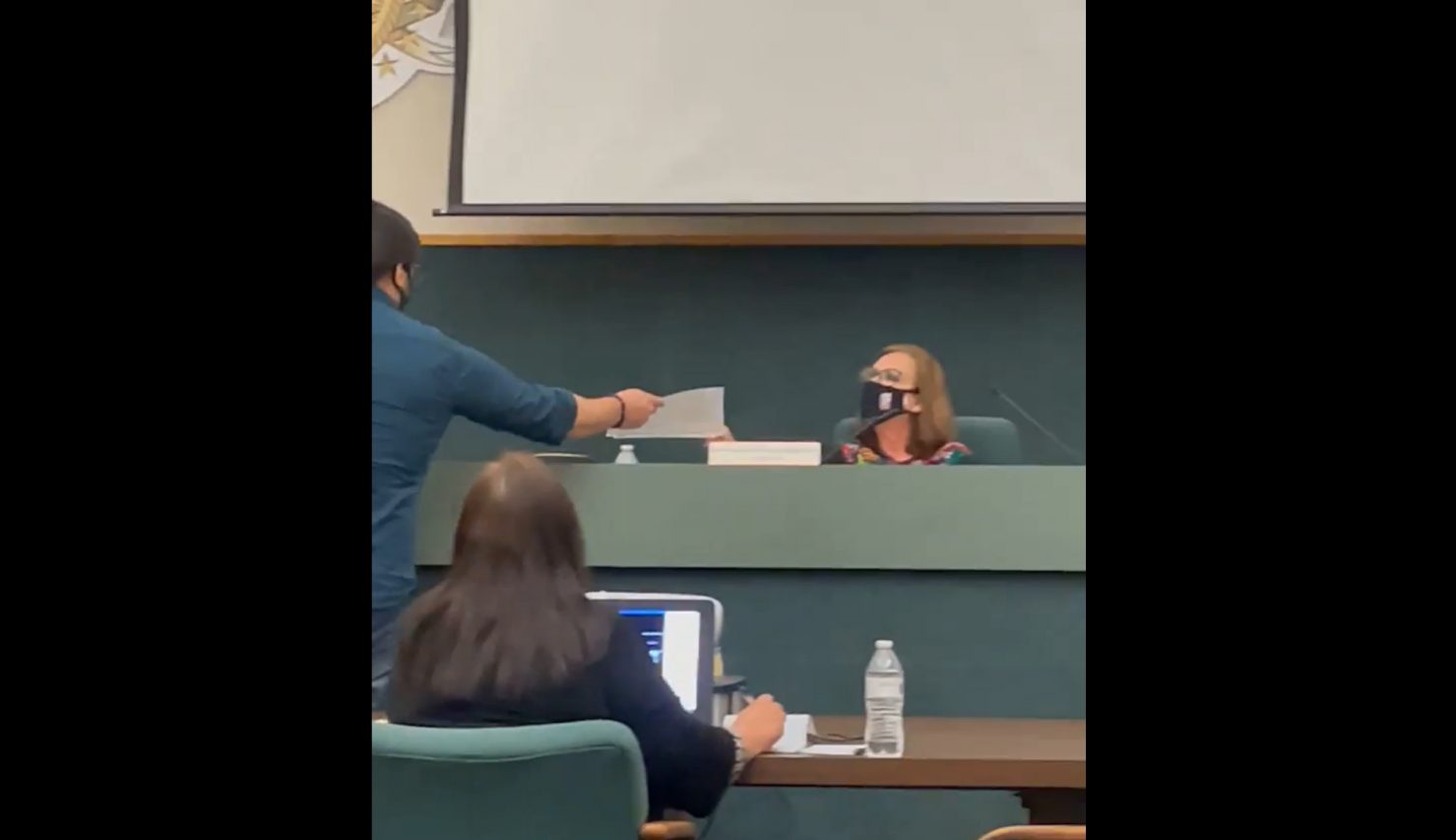 Gilberto Manzanarez (left), founder of the informal group Calexico Union Against Corruption, serves Calexico Mayor Rosie Fernandez will a notice of intent to recall during the Calexico City Council meeting on Wednesday, May 5. Fernandez was informed she has seven days to formally respond from the date of service. | VIDEO CAPTURE
Home
Local News
In Local News

Effort Must Yield at Least 4,000 Signatures of Valid Registered Voters to Qualify for Ballot

(This story was updated at 5 p.m. Monday, May 10 with additional information from the Calexico City Clerk’s office on timelines and steps still pending in process.)

CALEXICO — Calexico Mayor Rosie Fernandez has been served with a notice that a group of detractors intend to circulate a recall petition seeking her ouster from the City Council for her perceived failed leadership.

Fernandez was served with the notice of intention to circulate a recall petition during the City Council meeting on Wednesday, May 5, by one of her more vocal critics, Gilberto Manzanarez, who was also the notice’s first signatory.

As its stated grounds for the recall, the notice cites Fernandez’s failure to host in-person or virtual office hours for constituents amid the COVID-19 pandemic, as well as her opposition to past resolutions that had sought a wage increase for essential workers, and repairs to public bathrooms in the downtown area.

The notice also takes Fernandez to task for being in support of the sale of small city parcels to the federal government for the planned installation of secondary border barriers, and the disbandment of the city’s COVID-19 ad hoc committee.

Lastly, the notice faults Fernandez for her involvement in two separate legal matters, including a July 2019 arrest for driving under the influence near Heber, and a reported hit-and-run in May 2019 that damaged a parked car in Calexico.

The recall attempt, and Manzanarez’s repeated attempts to discredit her, were characterized by Fernandez as “ludicrous and without foundation.”

She also questioned why the group of 20 individuals who signed the notice found issue solely with her support for or against past City Council resolutions and not the other council members who had voted in similar fashion.

“I didn’t do it alone,” Fernandez said during a phone interview Friday, May 7. “I did it with the consent of the other council members.”

Manzanarez’s continued references in the public sphere to her past arrest have been excessive, Fernandez said, and fail to acknowledge that she had expressed remorse for her actions, and that the matter was resolved to the satisfaction of all parties through the local Superior Court.

“The people that realize what’s going on in the city of Calexico can make their own judgment,” Fernandez said. “I’m just going to continue to do the best I can for the citizens of Calexico.”

Fernandez, who was elected in 2018, indicated that she intends to soon file a response, or “answer,” to the notice with the county Registrar’s Office. She has seven days to do so, starting from the day she was served with the notice.

The city of about 40,000 had a total of 19,478 registered voters in July, said City Clerk Gabriela Garcia, adding that that figure has likely risen since then.

In order to have the proposed recall petition qualify for a ballot, its proponents must gather 20 percent, or least 4,000 signatures, from valid registered voters, Manzanarez said.

Still, according to Calexico City Clerk Gabriela Garcia, there are still many steps in the process to even get to the point of collecting signatures that as of Monday afternoon, May 10, had not yet happened.

The steps are outlined in a booklet titled “Procedures for Recalling State and Local Officials” by the Office of the Secretary of State.

Fernandez’s service of the intention to recall was but the first step. Manzanarez has also published a legal advertisement in the Calexico Chronicle, also a step in the process. However, Garcia said on Monday afternoon, that she had yet to be served proof of service or proof of legal publication, both steps needed to move forward.

Proof of service needs to be received by the city clerk within seven days of Fernandez having been served, which means if Manzanarez has not provided that proof to Garcia by the end of the day, Wednesday, May 12, then Garcia said the process must start again.

If all the steps are met, and the collection of signatures can proceed, Garcia said Manzanarez would have 120 days to gather the 4,000 valid signatures.

The decision to pursue a potential recall was not made lightly by Manzanarez and his supporters. It was prompted by Fernandez’s own public remark that if the voters of Calexico did not approve of her serving on the council, they could seek her ouster through the available methods, Manzanarez said.

“We’re taking her word for it and going through the legal process,” Manzanarez said during a phone interview Friday, May 7.

The notice of the intended recall is just the preliminary step in the overall recall process. Following the period granted for Fernandez to answer, the recall proponents will then prepare the recall petition.

Manzanarez said there is a possibility that the proposed recall petition may contain mistakes that will need to be revised before the signature-gathering can begin.

Already, a considerable group of young Calexico residents have signed on to help gather signatures for the proposed recall petition. No matter its outcome, those young activists are not going away, Manzanarez said.

The 27-year-old Calexico native said he first began paying attention to Calexico politics when he got wind of Fernandez’s DUI arrest while living in San Diego. Her selection by a majority of the council to serve as mayor last year heightened his concerns enough that he took to protesting in public in Calexico and became something of a viral sensation in the process.

“It kind of sprung me into action,” the 27-year-old creator of the informal group Calexico Union Against Corruption said.

Now that he is living in Calexico again, Manzanarez said he has no intention of letting up on his activism, even if Fernandez survives the proposed recall attempt.

“It’s entirely up to the voters,” he said. “We’re putting in the legwork but if Calexico decides to keep her then they keep her.” 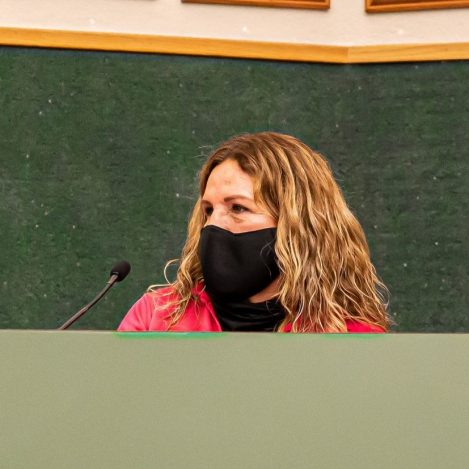