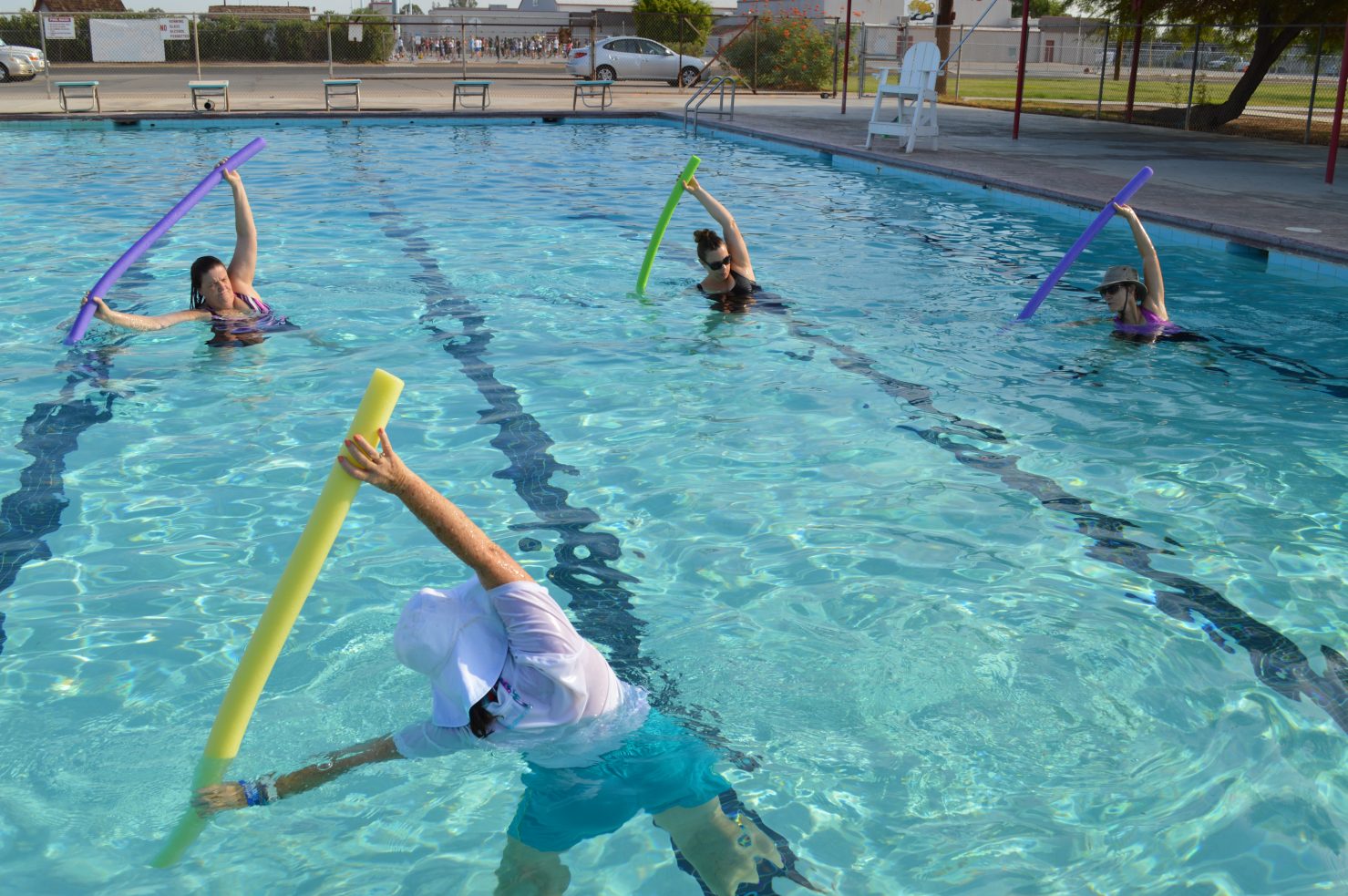 Community members work out using pool foam “noodles” in the Imperial Unified School District’s swimming pool, which is under a joint-use agreement with the city of Imperial during the summer months for city recreation programs. | PHOTO COURTESY OF CITY OF IMPERIAL
Home
Regional News
In Regional News

IMPERIAL — After a long year at home, children in the city of Imperial have a summer of recreational activities to look forward to, some of which will center around the community’s popular pool.

On Wednesday, May 5, the Imperial City Council renewed its summer agreement with the Imperial Unified School District, setting the stage for swimming and maybe even their popular “dive-in” movie nights.

The facility use agreement that runs June 7 through Aug. 13 clears the way for the city’s use of the pool to provide aquatic programs during the summer months, all of which have to follow health and safety guidelines to prevent the spread of COVID-19, Imperial Community Services Director Ember Haller said.

Additionally, the bid to install a new shade covering over the Splash Pad at the popular “Papa” Eager Park was approved.

Staff only received one bid but mentioned that as part of the bid, the company was required to attend a mandatory on-site walk-through in order to submit their proposal.

Mayor Pro Tem Geoff Dale asked for the timeline or warranty of the new shade structure because of problems the city experienced with the past covering due to the brutal heat during the summer months and high usage of the outdoor water feature.

The project was granted to USA SHADE Inc. to not only install a new shade over the area, but as well as a couple of other details at the popular site.

Although city staff didn’t have an exact completion date, with the unanimous granting of the bid, its estimated that it could be completed in as soon as 30 days.

Dale said that with a guarantee that the poles on the structure would not disintegrate under the harsh Imperial Valley weather, the cost of $121,485.24 would be worth it.

Part of the funding will be coming from the March and Ash recreation funds, which are proceeds from the city’s cannabis dispensary. The project will also be covered by a 10-year warranty.

On a related note, Assistant City Manager Alexis Brown confirmed the city has already completed its recruitment for recreation leaders and lifeguards for the summer programs in the works.

Members of the City Council joked about their fondness for SPROUT (Sing Play Read Observe Uniquely Together), even if they’re beyond the target age range of the program.

All joking aside, the council was unanimous in its decision to accept the $75,520 grant awarded from the California State Library and its Shared Vision Early Learning grant.

The city’s children under 5 can look forward to a more burgeoning summer at the public library. The Imperial City Council voted unanimously on May 5 to collaborate with the Imperial County Office of Education Early Care and Education program.

ICOE and the city will partner in to develop resources focused on improving the quality of literacy and early learning. There’s also prospective workshops and resources for children that would benefit from earlier education services.

The agreement runs from Thursday, May 6 through June 3, 2023. The program also aims to connect eligible children for other early education services like Head Start.

Repairs Continue at Aten and Cross

Stemming from an accident on April 2, the signal lighting at the intersection of Aten Boulevard and Cross Road near the U.S. Border Patrol headquarters was damaged. City officials noted in the consent agenda that the controller cabinet and other electrical components were damaged as a result of the collision.

The resolution to continue a declaration of emergency at the intersection was approved by the council just a few days later on April 7. However, the city’s public services department has been working with Imperial Irrigation District and Bear Electrical Solutions to get the repairs completed.

Although it was part of the unanimous 5-0 vote for the consent agenda at the meeting, the cost and how long it’ll take has not been determined, according to the city reports.

Businesses Encouraged to Apply for Funds

During staff reports, Assistant City Manager Brown said that a new program for restaurants and other food service industry businesses is now available.

The Imperial Valley Small Business Development Center is available to help with applications to the SBA Restaurant Revitalization Fund that can provide funding equal to revenue losses due to the pandemic.

Brown said that while some businesses in Imperial already had their application ready to submit, there is still many that should explore whether they qualify, bringing revitalization to the segment of the city’s center and community that was hard hit in the last year.

Businesses can reach out to the SBDC for assistance or visit the website for more information. 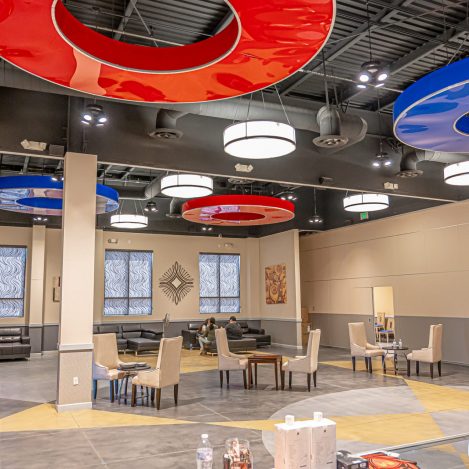