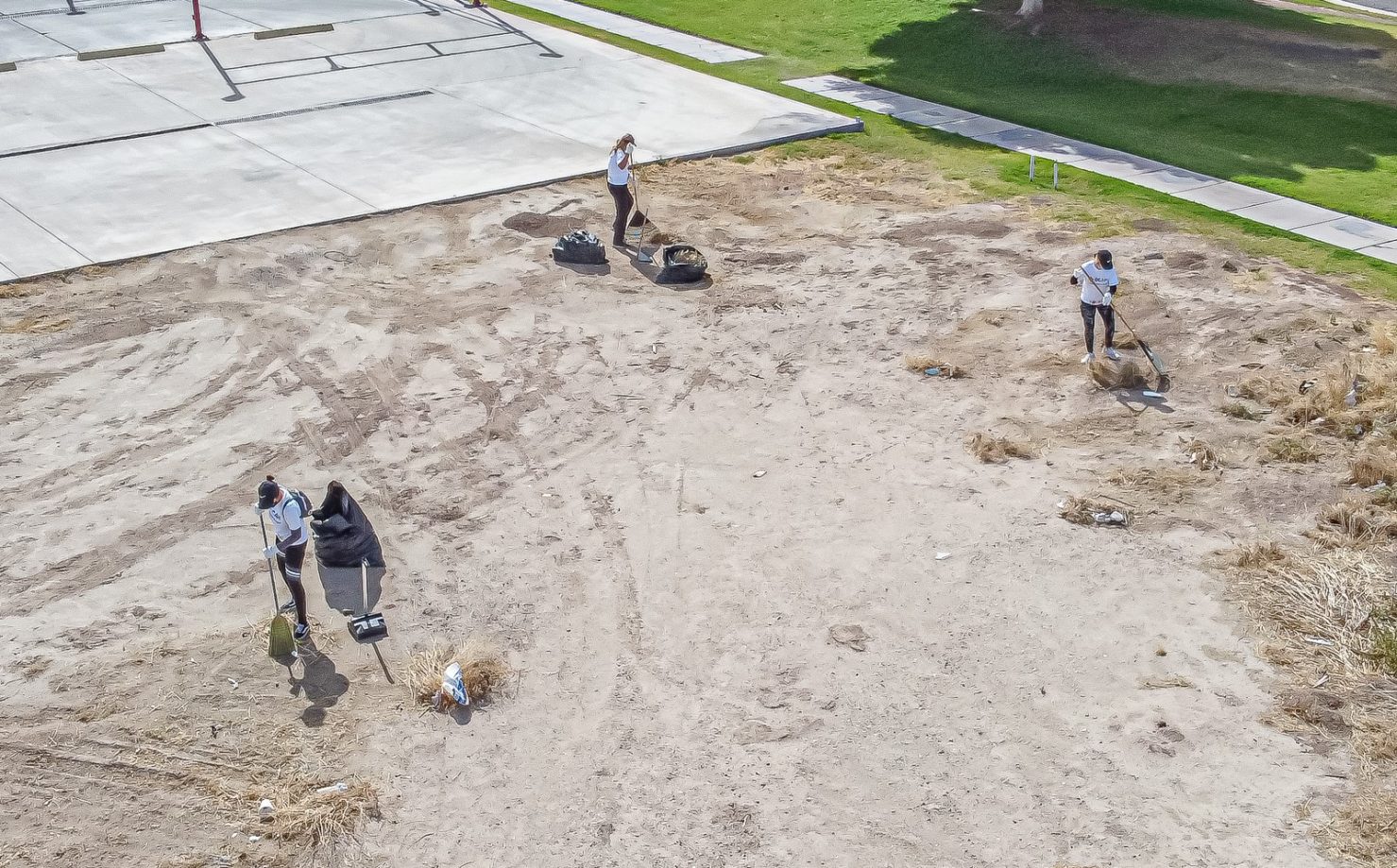 Volunteers sweep and pick up trash and debris from a dirt lot at Highway 111 and Highway 98 in Calexico during a community-wide clean-up event on Saturday, May 1. | CAMILO GARCIA JR. PHOTO
Home
Local News
In Local News

CALEXICO — Members of the community, city officials, AmeriCorps, the International Brotherhood of Electrical Workers, and others helped clean up Calexico on Saturday, May 1 in an honor of Earth Day and Arbor Day.

Gonzalez said he would like “for the community to start helping us more … there’s a lot of other places around Calexico … with more help we can do more.”

Watch the video for the full interview and more.

The community event kicked off at Robert F. Kennedy Park, where volunteers signed up, received a free T-shirt and a bag with mask, sanitation equipment and gloves. From there, Gonzalez directed volunteers to different spots to help pick up trash.

Volunteers fanned out to locations such as a dirt lot next to D’Polys taco shop on Highway 98 and Highway 111 and next to William Moreno Junior High School, among others.

In addition to IBEW and AmeriCorps, other participating sponsors and volunteers included Vo Neighborhood Medical Clinic, Imperial Gold, Heffernan Memorial Healthcare District, the city of Calexico, boxing clubs in the city, and the neighborhood watch group.

Food was also provided to volunteers after the event. 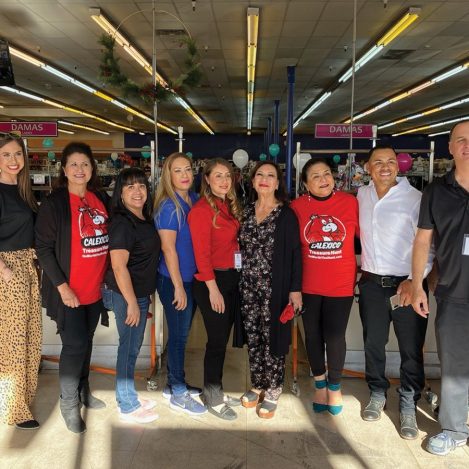 Treasure Hunt Latest Retailer to Open in Calexico; Others on The Way