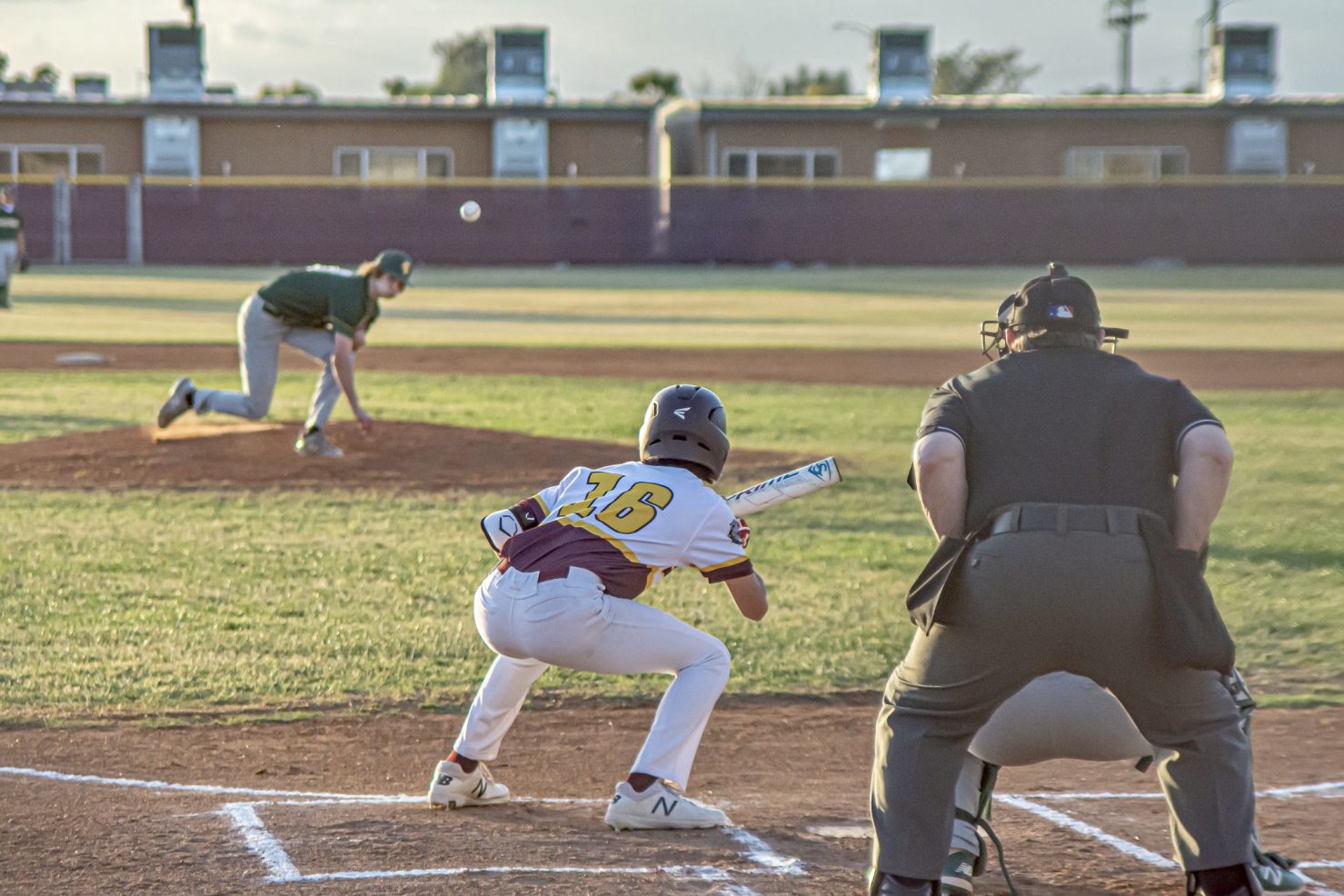 CALEXICO — Getting a chance to play in San Diego’s Petco Park was far from the mind of Calexico High senior Ruben Sandoval when the school year began. Basically he was just hoping to have a chance to play baseball for the Bulldogs.

Now Sandoval will be taking the field and playing in the San Diego Padres’ house when the Bulldogs take on Central Union High at Petco Park in San Diego at 4 p.m. Saturday, May 8, in an Imperial Valley League contest.

“In the summer I thought we weren’t going to have a school year or a baseball season,” said Sandoval, the Bulldogs’ catcher. “I tried to keep high hopes that we were going to go back and get the opportunity to play.”

Sandoval’s junior baseball season was cut short by COVID after just a few nonleague games. He basically had to make the jump from sophomore varsity player to a leader as the senior catcher.

“Most of our top guys left last year, so we are trying to do the best with what we have out there,” Sandoval said. “It’s been tough. We don’t have a lot of depth, especially with the pitching staff.”

When the Bulldogs take the field at Petco Park, Sandoval said he’s going to take a few minutes to let it soak in where he’s playing and where he and his teammates have come from to be on the perfectly manicured field.

“I’m just going to really enjoy the setting,” Sandoval said. “We’ve played on a lot of crappy fields, dirt fields, and we know a lot about bad hops. So to get to play on that field, it’s almost indescribable.”

A Los Angeles Dodgers’ fan, Sandoval said he’s been to Petco Park once when he was much younger to watch a Padres’ game, but a lot of his teammates have never been to the Padres’ home park.

The right-handed batting Sandoval said hitting a homer off the Western Metal Supply building beyond the left field fence would be his ultimate accomplishment.

“That’s the dream,” Sandoval said. “I think I’d walk as slow as possible around the bases to enjoy every second of it.”

Junior pitcher Simbad Apodaca pitched a gem for the Bulldogs on April 27, throwing a complete-game, one-hitter against the Yellowjackets, allowing no runs on one hit with six strikeouts and one walk as Calexico beat Palo Verde, 3-0, in an IVL matchup at Calexico’s Belcher Field.

Calexico (3-6 overall and 2-4 in IVL action) took a 1-0 lead in the first inning on an RBI hit from junior Angel Hernandez and then tacked on two more runs in the fifth when Sandoval drove in Hernandez.

In the second game of the doubleheader, played in Blythe on Friday, April 30, Calexico jumped out to a 5-3 lead after three innings but gave up four runs in the fifth inning and one in the sixth before falling 8-6.

Hernandez was the offensive standout for the Bulldogs with two hits and two RBI.

Calexico hosts Holtville in an IVL matchup at 6 p.m. Monday, May 3, then travels to play the Vikings in Holtville at 7 p.m. Wednesday, May 5.