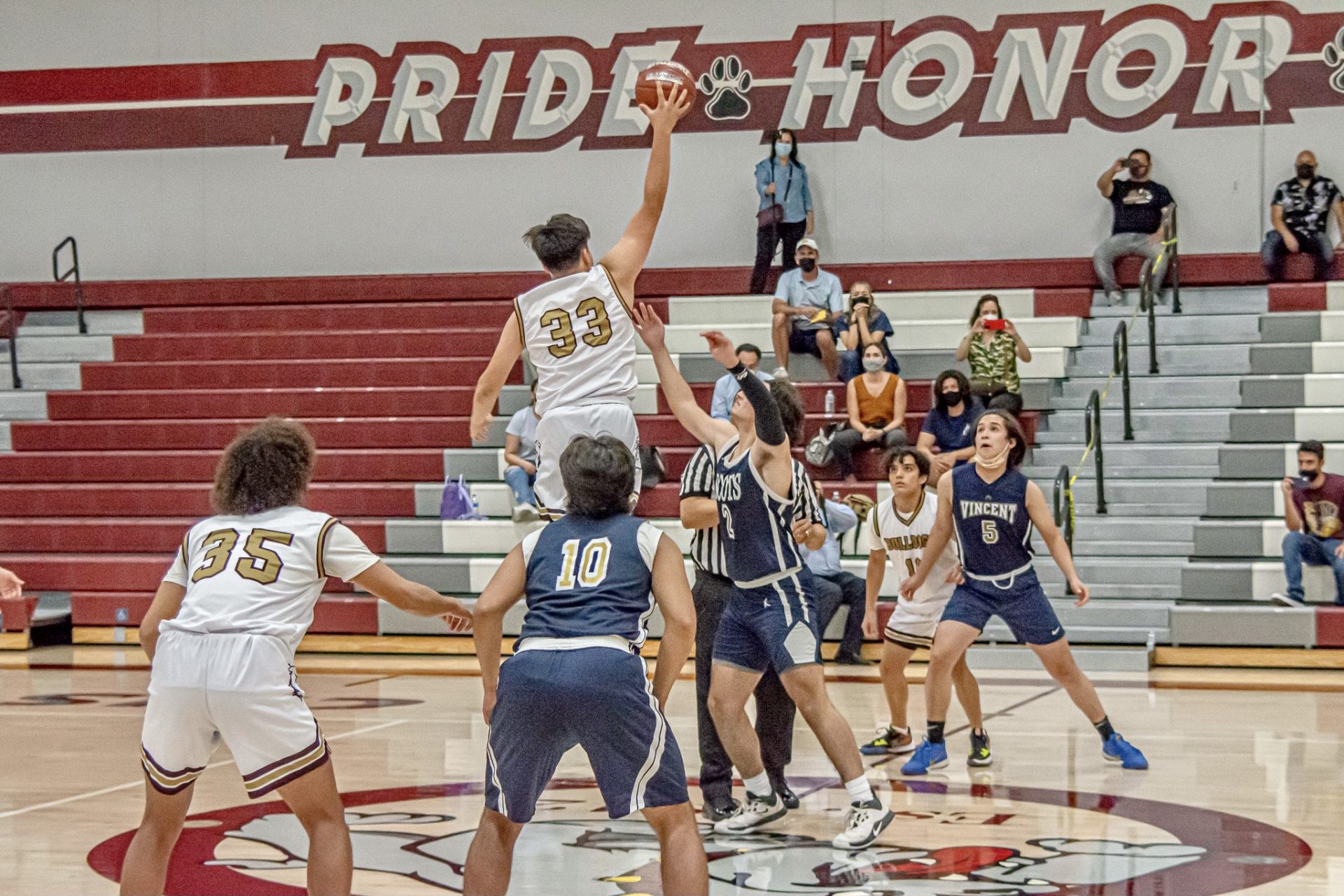 BASKETBALL: Bulldogs Take Bite Out of Scots in Season Opener

Indoor sports were thought to be a no-go in this COVID-beleaguered school year but a late reprieve had schools scrambling last week to get boys’ and girls’ basketball and wrestling started for a quick six-week season that could include CIF-San Diego Section playoffs in June.

On April 30, the Bulldogs sprinted out to a 26-18 lead after the first quarter and took a 36-27 lead into halftime. A huge 22-9 third quarter put Calexico ahead 58-36 and the Bulldogs were able to cruise in for the easy victory.