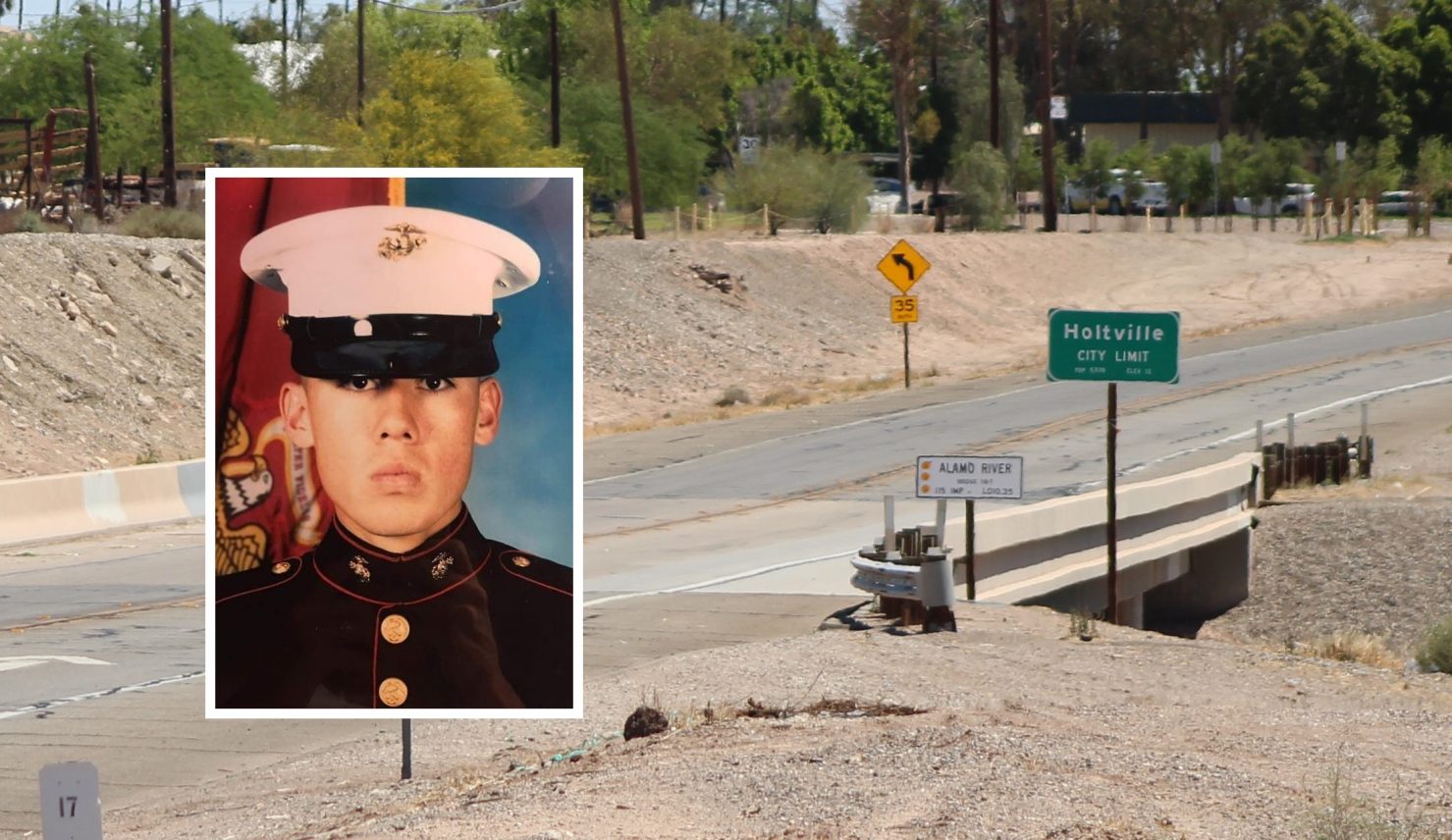 The Alamo River Bridge dedication ceremony in honor of U.S. Marine Cpl. Erik H. Silva, who died in Iraq in 2003, has been scheduled for Nov. 12. Silva was a graduate of Holtville High School. The Alamo River Bridge is the main access point into the city from Highway 115. Part of the ceremony will feature the unveiling of a sign naming the bridge after Silva. | HOLTVILLE TRIBUNE/CATHI PHILLIPS LARIOS PHOTO ILLUSTRATION
Home
Regional News
In Regional News

HOLTVILLE — The formal dedication to rename the Alamo River Bridge on Highway 115 in honor of the late Marine Cpl. Erik H. Silva is scheduled for Friday, Nov. 12.

The scheduled dedication ceremony caps a years-long effort to find a fitting way to memorialize Silva, a 1988 graduate of Holtville High who was killed in combat on April 3, 2003 in Iraq.

“I know eventually it will get done,” said Isaac Silva, Erik’s older brother. “Once it’s up it will be a good sight to see going into Holtville.”

Organizers of the initiative had initially encountered challenges raising the funds necessary to purchase and install the highway signs recognizing Silva when the collaborative effort got underway about three years ago.

Yet, once the funds were secured in late 2020 and the signs ordered in January, organizers were told that the signs’ manufacturing and completion would not likely occur in time for a previously planned dedication ceremony on April 3.

Nonetheless, the new date for the event, which coincides with the Veterans Day weekend, still comes as a relief, Isaac Silva said.

Erik Silva was assigned to the 3rd Battalion, 5th Marines, 1st Marine Division, at Camp Pendleton and was 22 years old at the time of his death.

He was mortally wounded while providing cover fire for his platoon during an Operation Iraqi Freedom combat mission, according to the website of the Mt. Soledad National Veterans Memorial, where a plaque is on display in his honor.

For the event, organizers and attendees will gather at the nearby Earl Walker County Park at a time that has yet to be determined but soon to be announced, said Kim Vincent, former president of the American Legion auxiliary Bradley-Keffer Unit 138.

Vincent, along with Silva’s extended family and longtime family friend, Holtville Fire Chief Alex Silva, had collaborated over the past three years to have a section of the highway renamed in Erik Silva’s honor.

As part of their effort, organizers had enlisted Assembly member Eduardo Garcia, D-Coachella, who sponsored an Assembly resolution that was passed in July 2019 and which authorized the California Department of Transportation to erect the commemorative signage once funding was secured from nonstate sources.

“It’s amazing to know that we’re finally going to have this bridge dedicated,” said Vincent, who now lives in Oklahoma.

Initially, organizers had attempted to raise the cost of the signs’ purchase through a GoFundMe account, but fell short of the goal of $6,800, which Caltrans had initially stated would be the cost of the two signs.

That original cost was then unexpectedly revised by the state to $3,300, Vincent said. Though the post auxiliary’s fundraising efforts had still fallen short of the amount needed to purchase and have the signs installed, it was awarded a $15,000 grant from the Imperial Irrigation District to assist with its effort.

“It was a blessing,” Vincent said about the lowered price of the signs and the IID grant.

Although she didn’t know Erik Silva, Vincent said he is the first armed service member from the Valley to be killed in action in the Iraq war.

Only a portion of the IID’s $15,000 grant will go toward purchasing and installing a sign honoring Silva on eastbound and westbound Highway 115 as it crosses the Alamo River, she said. The auxiliary has plans to use the rest of the funds to assist veterans with their housing costs and medical bills.

At least three members of Erik Silva’s unit are expected to be in attendance during the Nov. 12 event, Isaac Silva said.

Multiple platoon members have made annual treks to Erik Silva’s gravesite at the Terrace Park Cemetery in Holtville on the anniversary of his death to pay their respects and to visit with his surviving family.

Because the anniversary of Silva’s death fell on the same weekend as Easter this year, some members of his unit had visited Holtville the following weekend instead, Isaac Silva said.

This year also marked the second year that organizers cancelled the annual Cpl. Erik H. Silva Memorial Golf Tournament at the Barbara Worth Country Club on account of COVID-19.

Instead of a formal tournament, family and friends gathered on April 10 for a quick round of golf that nonetheless honored Silva’s memory and crowned the winner with the tournament’s blue jacket, Isaac Silva said.

“We actually had a pretty good turnout,” Silva added.

During his last two years of high school, Erik Silva played the trumpet in the campus’ Viking Band of Pride, was a member of the varsity golf team, a soccer player, and a drum major.

“He was better (at golf) than me and my older brothers for sure,” Isaac Silva said.

Though Veterans Day remains several months away, and city officials have yet to make any definitive plans, the city is expecting it will be able to host its annual Veterans Day Parade on the Saturday preceding the holiday, City Manager Nick Wells said. 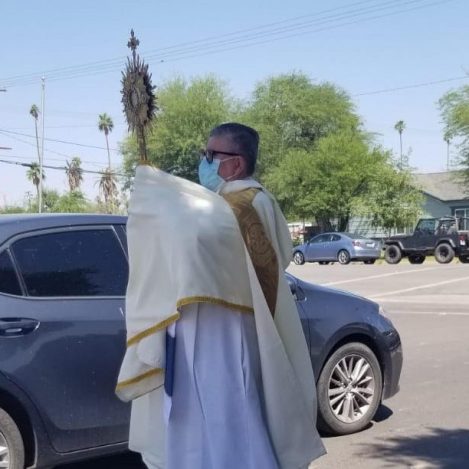