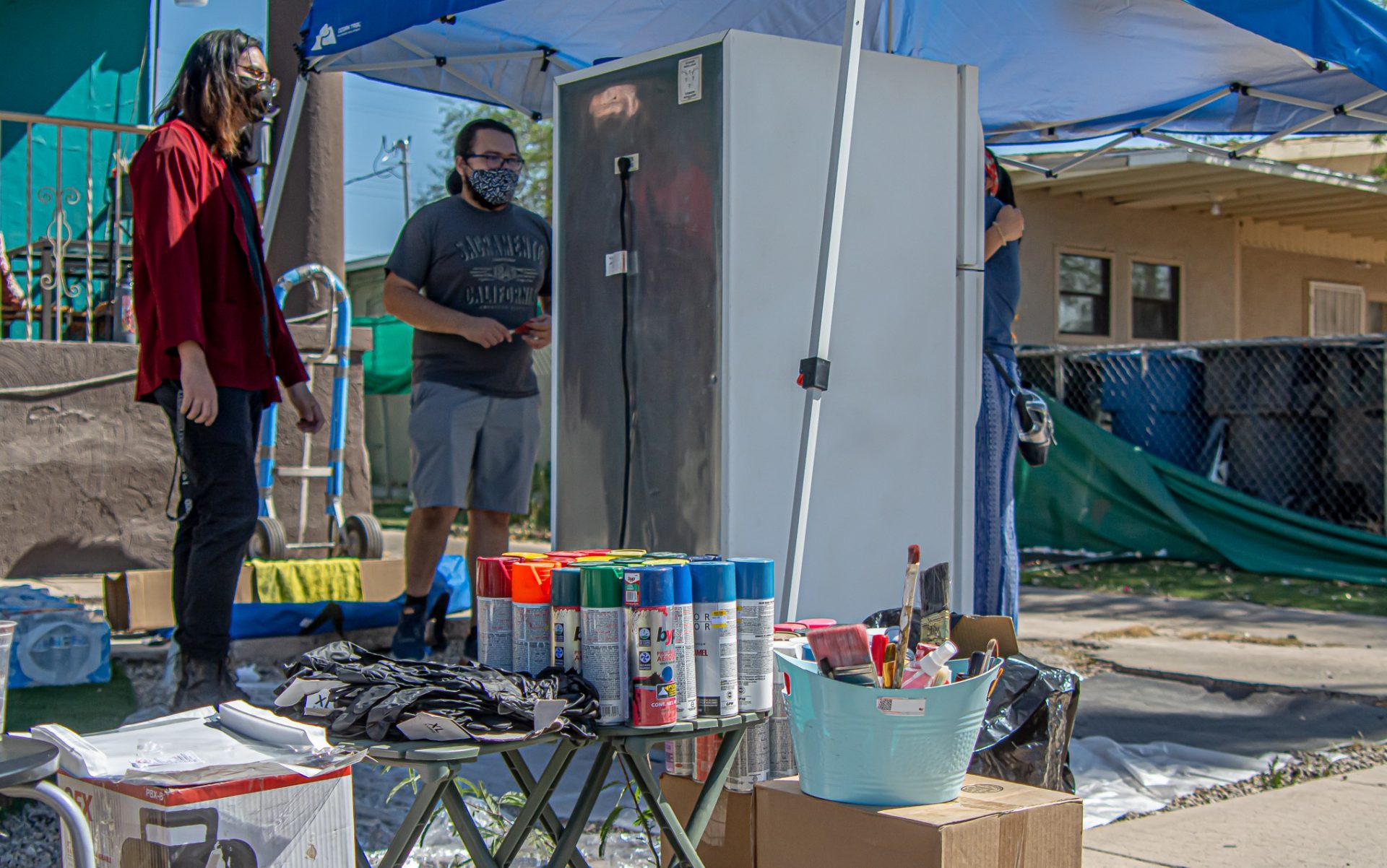 Members of Calexico Needs Change plan out how they will paint the area’s first community refrigerator, which will store food and water for those who need but cannot afford it, during a community painting event on Sunday morning, April 25 outside Hope Café & Creperie in Calexico. | CAMILO GARCIA JR. PHOTO
In Local News

CALEXICO — The rattling of a spray paint cans found an unexpected medium as residents and activists came together to decorate the first known community refrigerator in the Imperial Valley.

Wearing masks and encouraging passersby and visitors to put their mark on the project at the Hope Café & Creperie in Calexico, organizers launched what they anticipate will be the first of several fridges locally.

Facilitated by the group Calexico Needs Change, which was formed in August 2020 by combination of local residents and natives who were home from college due to the COVID-19 pandemic, the group has advocated for various issues including food security, immigration issues, and healthcare access among others.

On Sunday, April 25, Calexico Needs Change came together at Hope Café & Creperie to decorate the community refrigerator, which will sit outside the café, powered from electricity from inside the business.

“This is the first time we’re trying this in the Valley,” Ashley Diaz, 21, of Calexico said. “We know the troubles our community faces on the daily … We’re intentionally doing it in areas that are low income and we know there’s people in need. This location is perfect.”

The concept of the community refrigerator is a grassroots effort to reach the disadvantaged and underserved close to home. For those who don’t have access to a vehicle, for example, they could come and take fresh food they needed without having to try to get to a distribution center or the local food bank.

The group gathered Sunday to decorate the refrigerator and launch its mission. Universally, the motto of the concept behind the fridges that are now common in metropolitan areas like San Diego and Los Angeles is to take what you need and leave what you can.

Through a Health Equity Action for Latinos (HEAL) grant from Comité Cívico del Valle, in partnership with the California Wellness Foundation, the Latino Community Foundation, and the California Endowment, Calexico Needs Change was awarded $8,000 in funding which helped acquire the refrigerator and will help sustain it if donations fall short.

“This is just one of our bigger projects,” Diaz, a student at the University of California, Riverside, studying Spanish education and psychology, said.

The refrigerator will be outside Hope Café, and community members can take what they need when things get tough. Organizers said they had contacted several businesses in the city before they landed a commitment from the owner of Hope Café, Manuel Guerra.

“With everything that’s been happening with the pandemic, a lot of people didn’t have that extra help with food,” said Guerra, who opened the cafe five years ago. “Why not do a little to help the community so they can come and get something to eat?”

Some of the participants in the project are Calexico natives but were fueled by their experience of activism on college campuses. Together, they forged a bond to create something more solid at home.

“When we came back this quick, it really got us to come back and ground ourselves. Seeing so many disparities that we were already aware of, but it just became more obvious,” Diaz said.

“I feel if we have that position in privilege, we can amplify voices and pass the mic,” she added.

Joey Espinoza, 21, also a fellow Calexico High School graduate who was home from college due to the pandemic, said she has experienced the need for food support. She said it’s eradicating the stigma of needing assistance for the basics that is critical.

“We all eat, we all need the same thing, water, food and shelter,” Espinoza, a psychology and education major at UC Riverside said. “I don’t have a lot, but I have enough to give back.”

Aldo Ley, a theater major at Imperial Valley College, said he wanted to support his friends but also get involved.

“We need events like this so people in power will notice,” Ley, 22, of Calexico said.

Hugo Castro, 49, an activist that’s been working for nearly 20 years for immigration advocacy and social justice, said that it’s been great to see the surge of younger residents making a difference.

“This helps rebuild the broken spirit for social justice in Calexico,” Castro said. “People look to the founding members of the social justice movement for farmworkers and migrants in the area, he added, but often wonder, “What happened to their descendants?”

“I want to mentor a little what I learned (over the years)”, Castro said. “The changes come from the youth.”

For now, the refrigerator is stocked with water and canned food, but there’ll be vegetables and fruit in the days to come.

Ismael Arvizu, 21, said by having the first community refrigerator, it could inspire other cities in Imperial County to create their own programs, localizing what has already been successful in metropolitan areas.

“It only takes this starting, and then it’ll be the other areas (or cities) saying why don’t we have that?” he added. Community gardens are another example of what the group would like to cultivate next.

“It’s like a domino effect. Hopefully, it’ll make other (cities) create their own fridges and go beyond that,” Arvizu added.

Community members can get involved by visiting @calexiconeedschange on Instagram and Facebook. You can donate prepared meals, donate funds through VENMO, or drop off donations. Guidelines are located next to the refrigerator and those who are in need are welcome to take what they need. 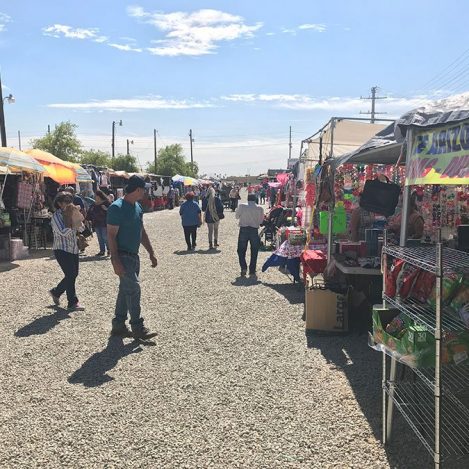