Nastyboy Records recording artist Jay Roxxx sits in the driver’s seat of her 1985 Buick Regal at the corner of South McCullom Street and East Olive Avenue in El Centro, both of which figure prominently in the video for her oldies-inspired original, “I Belong to You,” featuring rapper Lil Rob. The video has more than 770,000 views on YouTube. | CAMILO GARCIA JR. PHOTO
Home
Featured Stories
Share

Like many of Jay Roxxx’s musical heroes, the Internet has been where the 18-year-old has flourished, “como la flor,” to crib a line from one her inspirations.

Fitting that during a socially distanced, locked-down pandemic and in a social media-driven culture, Jay Roxxx, born Jaylene Terrazas, was “discovered” over Instagram and blossomed via YouTube, thanks to a music video shot entirely in her hometown of El Centro.

By anyone’s standards, her two-month-old single, “I Belong to You,” featuring rapper Lil Rob, has exploded into a viral sensation, with some 770,000 streams and growing toward that magical benchmark of 1 million YouTube views.

Yet Jay Roxxx’s story isn’t just the fairytale of a high school senior getting a chance to sing for a well-known Chicano rapper on his Instagram live feed (yep, that’s how it happened); it’s much more.

This is something Jay has been working toward since her uncle taught her a few chords on the guitar at age 7, since she performed at her first talent show as a sixth-grader at Hedrick Elementary, or when she started writing and producing her own music at 14 and 15 years old.

“A lot of people think MC Magic made me an artist … I’ve been making my own music since I was 14,” Jay said during an interview with the Calexico Chronicle. “I have been singing since I was 7.”

It’s true, Phoenix, Arizona, hip-hop artist, producer, and label owner Marco “MC Magic” Cardenas did put Jay on a national stage by chance, but it’s her raw talent as a singer and songwriter that led to her signing to his label, Nastyboy Records, when she was just 17 years old.

Since her album dropped during a virtual release party in mid-February, it’s been an upward trajectory for the young woman who still lives in El Centro with her mom and dad. (Her father, Freddy Terrazas, is also Jay’s manager.)

Now that the pandemic is arguably on its last legs, live performances are resuming for artists all over the country, and Jay is among them.

She had her first big test on a larger-than-life stage, when Jay and MC Magic performed their collaboration, his song “Princesa,” at midcourt of Phoenix Suns Arena during the Suns’ “Chicano Night” on March 13.

Next up is her sold-out hometown record-release party at Truth Night Club in downtown El Centro on Saturday, April 24, where Jay will be joined onstage by MC Magic.

While the concert is sold out, Jay Roxxx and MC Magic will still be showing love to Jay’s family, friends, and fans during a free meet-and-greet from 2 to 5 p.m. Saturday at Truth.

Showing appreciation to her hometown and what is possible is important, she said.

“My focus right now is to get love for the Valley, for my people … to always represent us,” Jay explained. “Being from the Valley, a lot of people don’t dare to dream very big … Since 15, I knew in my soul this was going to happen.”

It took COVID to get her to this point, though.

At home distance learning, like every other high school senior in America last year, Jaylene Terrazas was focused on her studies, writing and producing music, but planning for college.

“Everything happens for a reason, and (the pandemic) was my reason. … Before the pandemic, I was planning to go to college. I was going to put music aside,” she said, before clarifying that she never intended to quit music, just push pause.

“The universe put me back on the path to music,” Jay Roxxx explained. “I feel like it’s inscribed in my soul.”

That path was helped along when her father contacted MC Magic through social media to try to get Jay on one of Magic’s live Instagram shows, where he interacts with his fans.

The 17-year-old made the most of her shot, when she sang one of MC Magic’s songs live, “Sin Ti,” and performed her unfinished original, “Mi Amor.”

MC Magic was so impressed, that right there live, he asked Jay to be on his next record, and the rest was history.

Jay Roxxx said the pandemic put the brakes on some of MC Magic’s projects as well, so he had the time to devote to her debut album, driving from Phoenix to El Centro almost every weekend to record and write music with her.

Most of the 12 songs on Jay Roxxx’s debut album, “Princesa,” are either covers (MC Magic’s song “Princesa” is given new life by Jay) or originals co-written by Jay, MC Magic, and David Salas.

Her breakout, “I Belong to You,” which Jay Roxxx initially composed for her late grandfather, Jose “Coyote” Marquez, who died in July midway through the recording of the album, was taken to the next level when Nastyboy artist Lil Rob came up with the hook that further solidified its oldies feel.

Yet its diversity all around that is the hallmark of the album and who Jay Roxxx is an artist, and it’s not by accident.

Jay Roxxx wears her influences on her sleeve as well as in her name.

The three XXXs in her stage name is not some allusion to the profane; rather, it’s an homage to the late artist XXXTentacion, who gained a cult following through his wildly different brand of hip hop that drew from both traditional rap as well as emo, indie rock, and even nu metal.

XXXTentacion, who was shot and killed during a robbery in his native Florida in 2018, was known for his themes of alienation and depression in his music, themes Jay Roxxx said she identified with growing up.

“I never really had a lot of friends … none of those feel-good chemicals all the time,” she explained, referring to her feelings of isolation. “High school was the worst time for me.”

And early on, she drew from those feelings. Written, recorded, and produced when she was 14, Jay Roxxx has the song “Wasting My Time” among her Spotify offerings, a song “about the school system.”

XXXTentacion’s inspired her to express these thoughts through her music, thoughts and feelings that were as diverse in emotion and genre as his music was, she said.

Setting out to “destroy pop” when she was 16, today the 18-year-old is comfortable exploring new territory and reaching back into her roots.

From start to finish, “Princesa” is an exercise in genre gymnastics.

On Thursday night, April 22, Jay Roxxx was to premiere her second official video, for the single “Mi Diamante.” Steeped in her Mexican upbringing, the original song “about a heartbreak” is cumbia at its core but powered by a hip-hop backbeat.

One of her early single’s when the album was released on Feb. 19 was the song, “Psycho,” a club banger in the vein of a darker Britney Spears, she said, all danceable pop all the time.

The song “Princesa,” which is an MC Magic original, was covered by Jay Roxxx, but given a traditional mariachi infusion. It was a song she first fell in love with when she was 8 years old, said her father, Freddy Terrazas.

The diverse offerings found on the album have opened up Jay Roxxx to all kinds of different fans, too.

Among her followers, she counts “older women, cholos, and little kids,” Jay Roxxx said, adding the “cholos” have come by way of “I Belong to You,” which is a deep nod to her family, her Chicano upbringing, and the car culture she is very much still a part of.

“I Belong to You,” song and video, put on display everything that’s important to Jay Roxxx as she moves forward in her career.

The video itself is a love letter to Eastside El Centro and the Chicano culture, all crispy Dickies, pristine wifebeaters, and pressed Pendletons, with fathers under the hood of clean and classic cars.

Jay Roxxx, who wrote the script for the video, has her personal royal blue 1985 Buick Regal on display — almost as the star of the mini-movie.

The song itself was written for and dedicated to her grandfather, who loved oldies and worshipped the music of “Mary Wells,” she said.

It’s been a smash for Jay, with 90,500 streams on Spotify and a quarter-million “spins” on YouTube, but it’s also been yet another vehicle to display her cultural aesthetic and pride, something she holds dear to her heart.

“Mexicans are the most misrepresented or underrepresented in entertainment,” Jay Roxxx said, adding she wants to be a diverse representative of her people, on par with Selena or Ritchie Valens, she explained.

“Mexican people aren’t just one type of person; (people) think it’s all sombreros and tacos … it’s part of the culture, but that’s not all there is,” Jay said.

And don’t call her Latinx, either.

Still, Jay Roxxx sees herself apart from race or those things that put people in a box.

“I’ve always been too Mexican for Americans, too American for the Mexicans,” she said. “Like I’ve always said, ‘I’m my own genre.’” 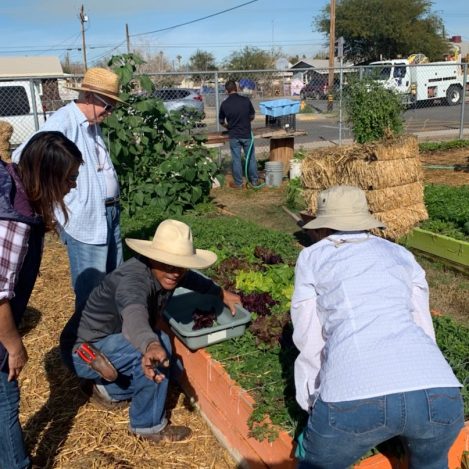