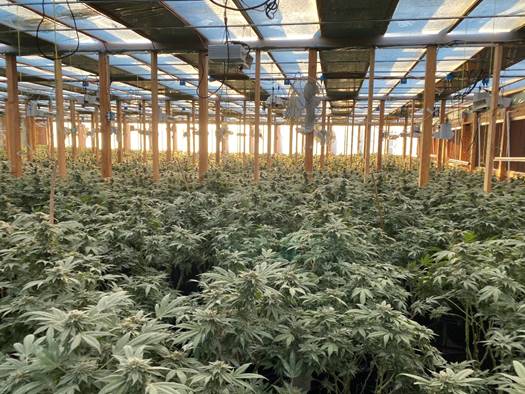 A photo of an illegal cannabis cultivation operation in the 70-100 block of Johnson Street in the unincorporated Coachella Valley community of Mecca, about two and a half miles north of the Salton Sea, is shown. | COURTESY OF RIVERSIDE COUNTY SHERIFF’S OFFICE
Home
Public Safety
In Public Safety

MECCA — A bummer of a “4/20” illegal cannabis cultivation bust a few miles north of the Salton Sea brought to mind a line from the 1993 stoner anthem, “Insane in the Membrane,” by rap group Cypress Hill: “Cops, come and try to snatch my crops.”

And that is literally what happened around 6 a.m. Tuesday, April 20, when Riverside County law enforcement officials served a search warrant in the 70-100 block of Johnson Street in the unincorporated Coachella Valley community of Mecca, about two and a half miles north of the sea.

“During the search warrant service, approximately 11,169 marijuana plants were eradicated for a total weight of approximately 3,180 pounds (1.59 tons) in addition to 500 pounds of processed marijuana,” according to a press statement from the Riverside County Sheriff’s Office.

Yes, the raid came on the made-up holiday of “4/20,” or April 20, in which cannabis fans the world over celebrate the sticky icky, purportedly based on the 1970s-era story of a group of five high schoolers in San Rafael in Marin County that used to meet at 4:20 p.m. each week in search of a pot plant that was supposedly left behind in a forest by a U.S. Coast Guard member who could no longer tend to the crop. The teens reportedly met at 4:20 p.m. as they were all athletes and had sports practice to attend before that time. The group was nicknamed “the Waldos” as they used to hang out by a wall outside their high school.

According to the Sheriff’s Office (when not harshing someone’s buzz), “The goal of the Riverside County Sheriff’s Department is to keep all our citizens safe while also improving the quality of life for those residing within the community. Marijuana cultivation negatively impacts the environment in many ways including diminishing and poisoning the water table and pesticides adversely affecting the health of neighboring residents. The Riverside County Sheriff’s Department has a zero-tolerance policy for these offenses.”

No arrests were made at the time of the raid, according to a published report in the Press-Enterprise. 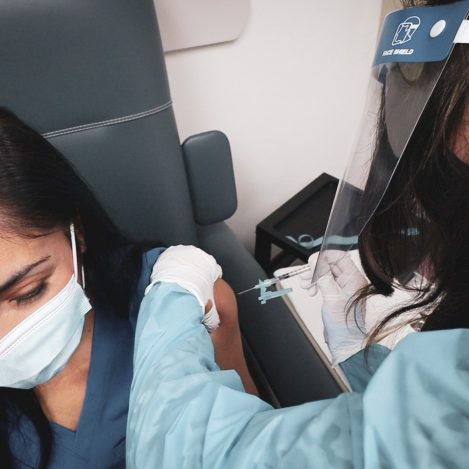