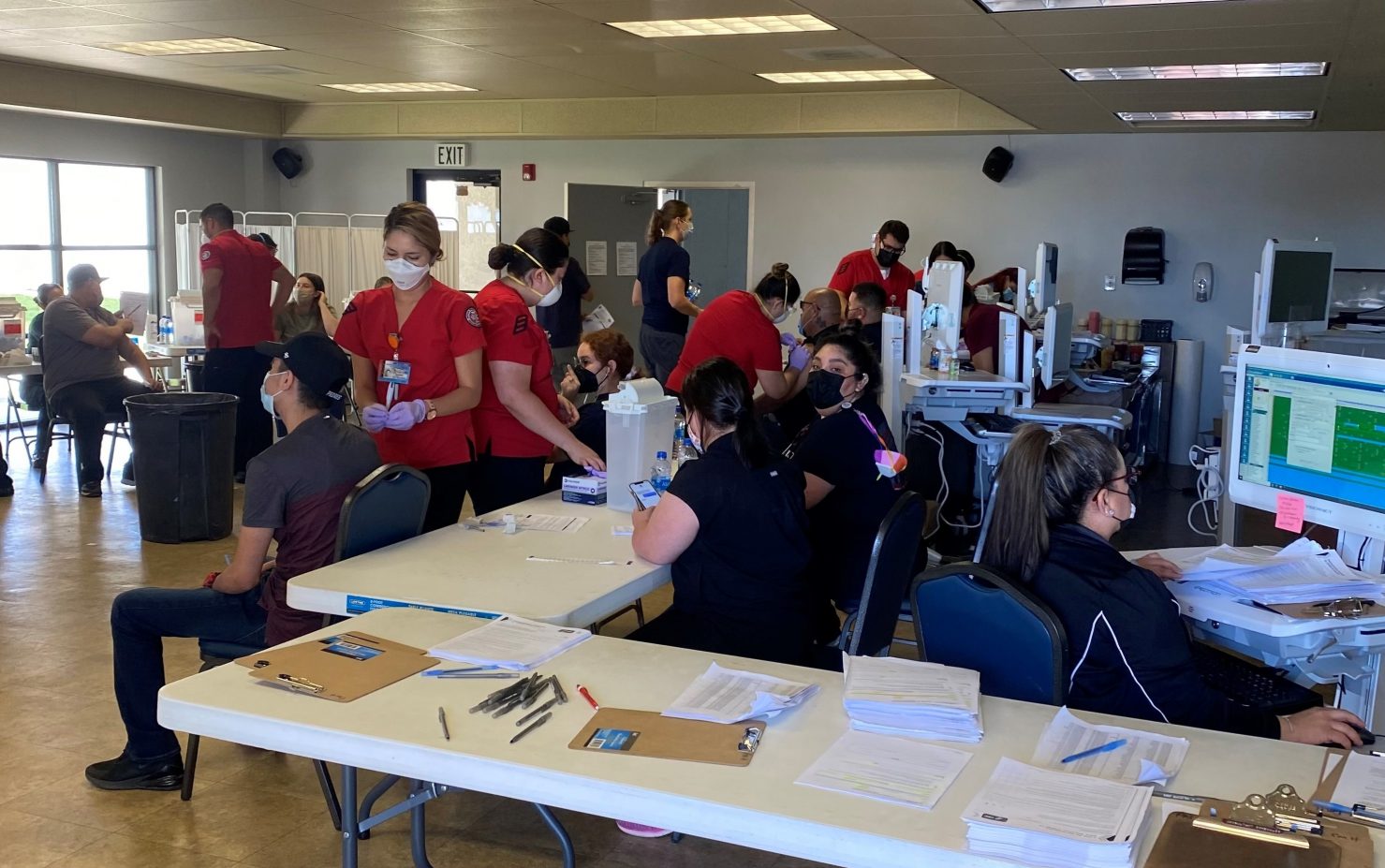 Available COVID vaccine supplies in Imperial County took a hit this week when 4,100 doses of Johnson & Johnson in local circulation were removed from use as federal health experts review the brand’s safety after six women who received the one-shot vaccine developed blood clots.

That clinic is still a go after Imperial County Public Health officials helped Vo keep the clinic scheduled as planned by providing the physician with 1,000 doses of the Pfizer-BioNTech vaccine. The clinic is now a first-dose clinic, according to Vo’s social media pages.

“We are redistributing Pfizer vaccine to Dr. Vo so that he doesn’t cancel his clinic on Saturday,” Imperial County Public Health Director Janette Angulo told this newspaper on Tuesday afternoon, April 13.

Earlier in the day, Angulo stated in an email that Public Health was working with Vo and the state’s third-party vaccine administrator, Blue Shield, to find doses to the replace the Johnson & Johnson.

It was reported on Tuesday morning that the Centers for Disease Control and Prevention and the U.S. Food and Drug Administration were recommending putting the brakes on the use of the Johnson & Johnson vaccine when, of the 6.8 million doses that had been administered, six women between the ages of 18 and 48 had developed cerebral venous thrombosis, a potentially life-threatening form of blood clot, between six and 14 days after receiving the vaccine.

One of the chief causes for concern was the fact that a similar condition had apparently developed with the use of the AstraZeneca-Oxford vaccine, Imperial County Health Officer, Dr. Stephen Munday said on Tuesday during Public Health’s weekly update before the county Board of Supervisors.

“A similar syndrome has been seen with the AstraZeneca vaccine. (The Johnson & Johnson) is a similar type of vaccine to AstraZeneca,” Munday said, adding both vaccines are based on adenovirus, or what is referred to as “adenoviral vectors.”

Adenoviruses are a large family of viruses found in humans and other animals. In humans, some of these viruses can cause the common cold. “Scientists can also use these viruses to make vaccines, by using them to make what’s called a viral vector. A vector is a virus shell that researchers can use to package up and deliver a target from another virus,” according to published reports.

Munday said the Pfizer and Moderna versions of the vaccine use mRNA technology. The mRNA, or “Messenger RNA,” vaccine teaches cells how to make a protein that triggers an immune response inside the bodies.

Johnson & Johnson is the only adenoviral vector vaccine approved for emergency use in the United States as the AstraZeneca vaccine is still under review.

AstraZeneca’s version has been cleared for use in Europe since mid-February, and several dozen Imperial Valley residents have taken doses of the vaccine as part of trial through El Centro Regional Medical Center and University of California San Diego Health.

AstraZeneca has had its use restricted to certain populations by European governments due to the clotting issue, and now, as U.S. officials investigate the safety of Johnson & Johnson’s vaccine, plans to rollout out that brand in parts of Europe, Australia, and South Africa have been put on hold, according to published news reports.

“To date, Imperial County has received over 10,500 J&J vaccines through the state’s vaccine program. This number does not include those received through the federal program and we are currently working to obtain this information,” according to a press release from Imperial County Public Health issued on Tuesday afternoon.

“Of the J&J doses administered in Imperial County, no major side effects have been reported,” the release stated.

The window of worry, so far, about potential serious side effects does not appear to extend past about three weeks, according to many public health officials.

Imperial County Public Health on Tuesday put out the message through its social channels and a news release that anyone experiencing severe headache, abdominal pain, leg pain, or shortness of breath within three weeks after vaccination should contact their healthcare provider.

“Adverse reactions following receipt of any COVID-19 vaccine should be reported using the Vaccine Adverse Event Reporting System (VAERS). Those who are currently scheduled to receive the J&J vaccine should contact their healthcare provider, vaccination location, or clinic to learn about additional vaccine availability,” the county release states.

CDC and FDA panels were expected to weigh the safety information from Johnson & Johnson and CDC experts on Wednesday, April 14, before making a decision about continuing a pause on the vaccine or discontinuing its use for certain populations, the Washington Post reported.

“This is a very rare event,” Imperial County’s Dr. Munday said about the six cases, adding that stopping the vaccine’s use is being done “in an abundance of caution.”

This comes as the supply of vaccine due to California was to take a hit anyway over the next few weeks with reports that Johnson & Johnson doses would be decreased by 88 percent due to a manufacturing error at a Baltimore plant, where 15 million doses were contaminated, according to published reports.

Overall doses of vaccine to California were to decrease by 15 percent this week, which Newsom said will not affect the state’s June 15 “reopening” date that has been widely predicated on the steady supply of vaccine in the state and maintaining low hospitalization rates.

Meanwhile, Imperial County Public Health’s Angulo reported that 7,070 first doses were due to be received this week and 8,180 second doses next week.

As of Wednesday morning, 82,062 doses had been administered in Imperial County. Some 17.48 percent (33,506 people) of the population was considered fully vaccinated, and 25.34 percent (48,556) were partially vaccinated, or had at least one dose of a two-shot regime.

Some 17 weeks into the local rollout (four months), Angulo told the county board on Tuesday that through the first four weeks, the Valley had only received a total of 4,050 first doses, in contrast to the 43,440 first doses received since the week of March 15 (Week 13).

Since that time, Imperial County Public Health, Dr. Vo, and Pioneers Memorial Healthcare District have done the lion’s share of inoculations against the SARS-CoV-2 virus that causes COVID-19, with around 30 other providers vaccinating in smaller groups.

Pioneers has administered more than 8,300 doses (including 4,368 through its mobile clinics) as of April 13, according to spokesperson Karina Lopez, including at mass clinic on April 13 at Gateway Church of Brawley.

Some 1,070 first doses of Pfizer and from 200 to 300 second doses of Moderna were given at the clinic just a few hundred yards east of the hospital campus, she said.

Meanwhile, as Imperial County sits firmly in the Orange Tier, Angulo reported that daily positive cases have been on an incremental decline since April 5, when 76 new positive cases were detected in a day.

Apparently, while the active cases had been rising each day for a couple weeks, Angulo explained during Tuesday’s meeting that daily positive cases have not.

On Wednesday morning, the total active cases (222) had taken a dip from the previous day (242). 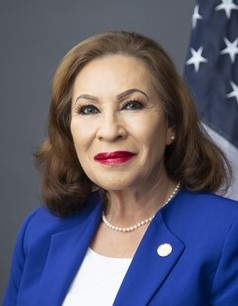