CALEXICO — The Bell Game, the Axe Game, the Johnny Romero Firemen’s Helmet Game, and now the Battle for the Border.

The annual Imperial Valley high school football rivalries have added another in the last few years as Calexico High and Vincent Memorial Catholic established the Battle for the Border in 2017.

Friday, April 16, brings the fourth edition of the rivalry game, but both the Bulldogs and Scots come limping into the contest, struggling with numbers of players and injuries.

“One of the biggest things is which team can come in the healthiest and with the mental toughness to get through this rivalry game,” said Fernando Solano, Calexico High’s first-year coach. “Without an offseason to get ready, we are already low on numbers and have been set back with injuries.”

The Bulldogs (1-3 overall and in Imperial Valley League play) has been shut out in each of their three losses, getting outscored 136-0 by Central Union, Brawley Union and Imperial. On March 26, Calexico scored its only win, a 19-12 victory over Southwest High.

“There have been times when we have moved the ball, but we’ll have a horrible play or turn the ball over and it just kills our momentum,” Solano said. “We have to find a way to finish drives and get into the end zone.”

For the Scots (2-3 overall, 1-2 in Desert League action), they found early-season success with their defense, blanking their first two opponents, Southwest (37-0) and Mountain Empire of Pine Valley (14-0).

A trip to play IVL powerhouse Central Union turned things for Vincent Memorial, losing 34-0 to the Spartans, followed by a 45-14 loss to Holtville and a 37-21 loss to Palo Verde of Blythe on Friday, April 9. The once-vaunted Scots’ defense has suffered with injuries the last few weeks.

“It’s been all the injuries,” said David Wong, now in his sixth year at the helm of the Scots. “Injuries have really taken a toll on us, so we’ve tried to keep it light in practice and limit the contact to get ready for this game.”

Even though it is Solano’s first time facing the crosstown rivals, he has seen that this game means something to his Bulldogs.

“They know the kids on the other sideline, so this game takes on a special meaning,” Solano said. “With this being the last game of the year this can serve as a springboard to the offseason workouts and leading into next season.”

Wong, who is 3-0 in the rivalry, likes competing against the crosstown Bulldogs.

“It’s always a big game and both sides get up for the game,” Wong said. “We weren’t supposed to have a season anyway and for the kids to get a chance to play the rivalry game is an added bonus.”

Kickoff for the Battle for the Border is set for 7 p.m. Friday, April 16, at Calexico High’s Ward Field. 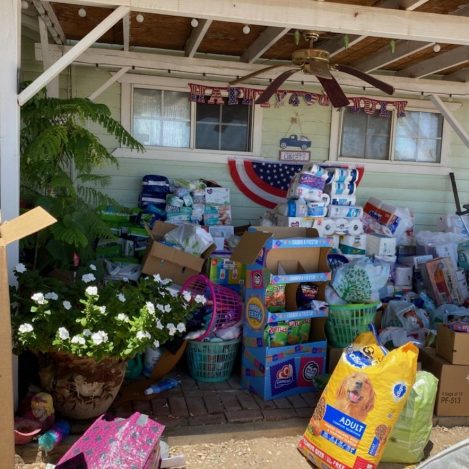