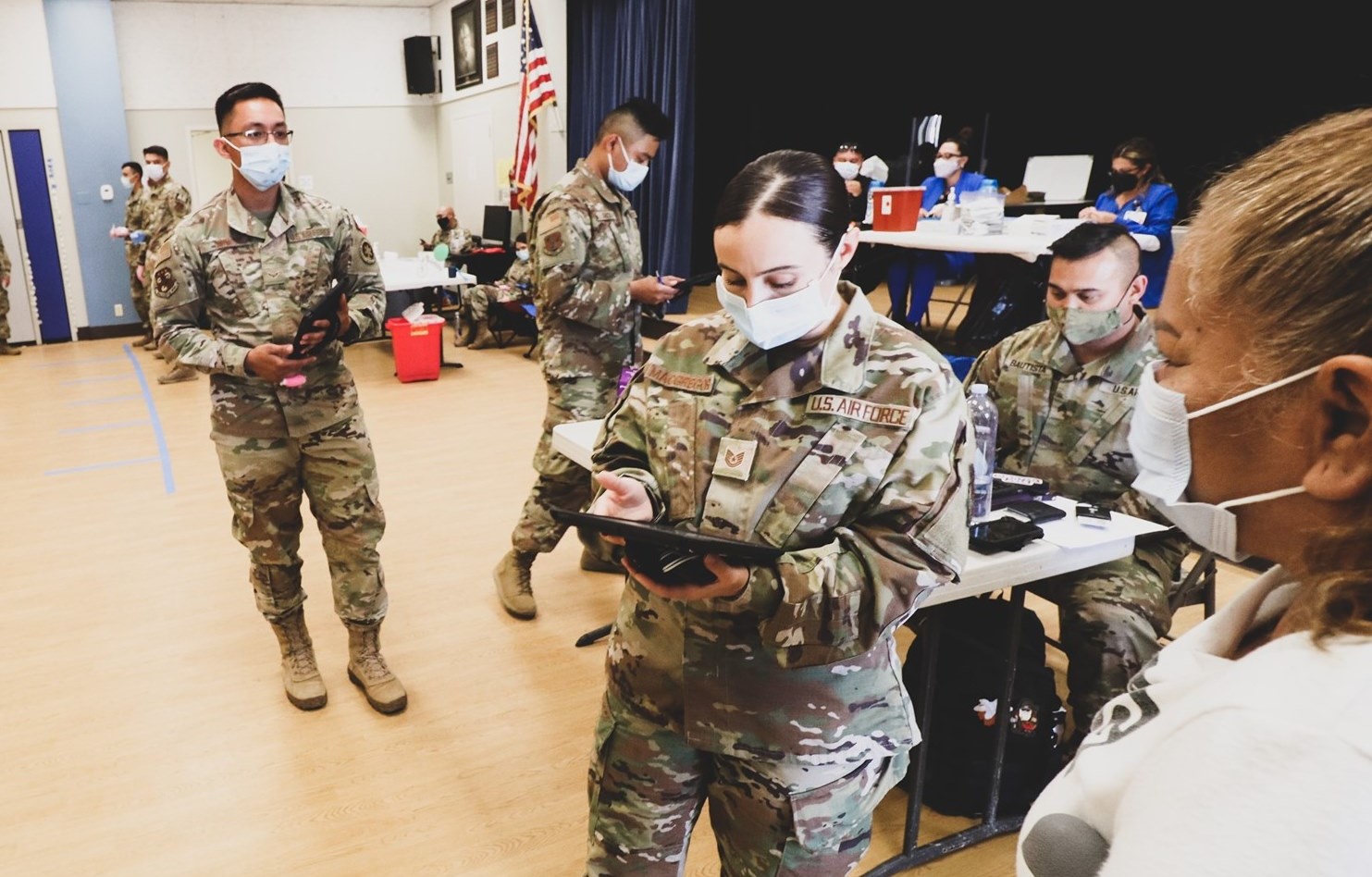 With the news that Imperial County was green-lit to officially enter the Orange Tier of the state’s Blueprint for a Safer Economy this week, it was but a hint at the bigger reveal that barring any major COVID-related setbacks, most restrictions in California will be lifted come early summer.

As Imperial County Public Health Department got word midday Tuesday, April 6, that this region would join more than 80 percent of the state in moving to the second-to-least restrictive tier of California’s color-coded system tied to coronavirus’ spread in a community, Gov. Gavin Newsom announced a few hours later that mid-June would be when the state projected enough people would be vaccinated to resume some semblance of pre-COVID conditions.

“We can confidently say by June 15 that we can start to open up as business as usual, subject to ongoing mask-wearing and ongoing vigilance,” Newsom said during a press conference Tuesday. “So, this is a big day.”

It was a day of not just big news but big triggers.

Although the number of active COVID-positive cases in Imperial County has been on a gradual rise since mid-March, shortly after the Valley moved from the most-restrictive Purple Tier to a more wide-open Red, Tuesday, April 6 also saw the state hit a major target of 4 million people inoculated in some of California’s poorest and most COVID-impacted zip codes, a trigger that set into motion an adjustment on what community-spread statistics qualified for Orange Tier status.

Imperial County Public Health Officer, Dr. Stephen Munday, said a lot of things happened simultaneously for Tuesday to unfold like it did, which started with the 4 million-vaccinated mark.

Even though more than 21 million people have been inoculated in California against the SARS-CoV-2 virus that causes COVID-19, Newsom had set triggers of 2 million, then 4 million vaccines administered for those residents at the highest risk for disease and death based on their residency in zip codes in the bottom quartile (bottom 25 percent) of the Healthy Places Index, which takes into account factors like socioeconomics, access to healthcare, environmental conditions, unemployment, and other data.

To that end, about a month ago, the state started pumping 40 percent of its vaccine allocations to those zip codes in the bottom quartile, where about a dozen Imperial County communities reside, which is why the Valley has seen a dramatic increase in its vaccine deliveries since then. Imperial County for a few weeks has averaged more than 9,000 first doses a week and over 5,000 second doses.

“The science behind this is that as we get more people protected with vaccinations, that decreases the risk to the population in general, which means as long as we are careful and thoughtful about it, (we) can engage in more activities, especially outdoors, but also indoors as long as we do things carefully,” Munday explained.

That shift helped Imperial County slide into Orange on April 6, when the state’s weekly update had the county at 5.4 new COVID cases per 100,000 residents. For the week, the seven-day average positivity rate was 3.4 percent, and the health equity quartile positivity rate was 4.5 percent, both of which would have qualified Imperial County for Orange Tier even before the trigger was hit.

Following the “Herd”: Life After Orange

This week brings with it some additional openings of previously closed sectors, drastic capacity increases in many of the sectors that were already opened, and the announcement of still more to come.

But with Newsom’s big reveal, many are looking past the color-coded system.

Herd immunity, and when exactly the United States will get there, has been a question asked since the darkest days of the pandemic, and Imperial County’s health officer, Dr. Munday, has often shied away from talking about that in a meaningful way.

Yet on Tuesday, he offered his opinion on where the country stands.

“We’re not at herd immunity yet, but we’re clearly moving in that direction,” the physician shared in discussing vaccination efforts on a national scale.

Herd immunity is the resistance to the spread of an infectious disease within a population based on pre-existing immunity of a high proportion of individuals as a result of previous infection or vaccination.

Munday said that discussions have been ongoing about what will happen “after the Blueprint.”

“We understand there’s going to be increases and decreases as things open up,” he said April 6. “Next year we’re not going to just be talking about the flu, we’re going to talk about coronavirus as well.”

Although Newsom had some specific trigger points in place prior to Tuesday’s news, going forward he has not said that the June 15 opening will be tied to any specific metrics.

Rather, he said vaccine supply must be “sufficient for Californians 16 years and older who wish to be inoculated” but offered no ceilings to hit or marks to make. State officials also said hospitalization rates must be “stable and low,” but they also did not elaborate.

For the short term, the more notable changes that came with the official start of Orange activities on Wednesday included:

Dr. Munday clarified that in the case of live outdoor events, which many have taken to mean things such as baseball games and outdoor concerts, these “in-state”-only events will be for online-based ticket purchases only, as there will be no walk-up ticket sales or will-call areas where people can pick up their previously purchased tickets.

He added that some of the guidance is still being developed, but food sales and eating areas will be confined to specific parts of stadia and other venues.

Calexico City Manager Miguel Figueroa said during the Calexico City Council meeting on Wednesday evening, April 7, that county Public Health Department officials will be giving cities guidance next week on safety measures that will allow residents and others to attend board and council meetings in person starting April 15.

Since March 2020, Calexico has completely closed its meetings to the public, holding its meetings via Zoom, Facebook Live and other platforms.

As life opens up, largely dependent on increased vaccination efforts, concern was expressed by a member of the Imperial County Board of Supervisors whether some of this celebration is premature considering the SARS-CoV-2 variants present, in particular the United Kingdom-based B117 variant, which as of April 7, became the most common variant in the United States.

With small spikes of coronavirus being detected throughout the country at an average of 63,000 new cases a day, B117 is the main culprit, stated Dr. Rochelle Walensky, director of the U.S. Centers for Disease Control and Prevention, during a White House press conference on Wednesday.

Many of these new cases are among the nonvaccinated, including young adults, adolescents in youth sports, and people associated with daycare centers, Walensky said during the press conference.

Just this week it was learned the El Centro City Championship football game between Southwest High School and Central Union High School scheduled for Thursday night, April 8, had been cancelled due to a COVID-positive test on the Southwest side. There are unconfirmed reports that there have been pockets of COVID infections in other local high school sports programs in recent days.

Munday addressed both the B117 issue and the further study of vaccinating youths.

While it is generally known the B117 variant is more infectious and can cause more severe illness, Munday said vaccination data from Israel has shown “the vaccine is actually effective at preventing disease from B117.”

“Although we are super worried about B117 and are detecting it (locally) in the genome sequencing that we’re doing, despite that, we’re still seeing declining case rates,” Munday said.

He added that all the approved vaccine companies are doing some level of trials with those under 16 years old, the minimum age the Pfizer-BioNTech vaccine is approved for (age 18 for Moderna and Janssen/Johnson & Johnson).

“Soon we expect it will be approved for them (children) overall,” Munday said.

Next week, starting Thursday, April 15, all U.S. residents, age 16 and over, will be able to become vaccinated no matter their health conditions.

With more than 21 million doses administered in California, 71,100 doses had been given in Imperial County as of Wednesday. Some 14.3 percent of the local population is considered fully vaccinated (both doses of Pfizer or Moderna, or one of Johnson & Johnson, and 14 days since last dose) and 22.8 percent has received at least one dose.

The county was set to concentrate some of its efforts in the coming weeks on bringing up vaccination numbers in the Seeley area and Ocotillo, Angulo said. Public health is coordinating with a church in Seeley for a clinic there and the Imperial Valley Desert Museum is collaborating on an Ocotillo-area clinic, she said.

So far, county Public Health has split up the workload to vaccinate the Valley, with Pioneers Memorial Healthcare District taking much of the north, Dr. Tien Vo’s clinic taking on the south county, and Public Health addressing the central corridor and areas west and east.

Through 15 weeks, county Public Health has conducted 91 clinics, through a mix of mass vaccination events at Imperial Valley College, curbside clinics at the county administration center and through its mobile travel team partnership with the California National Guard.

Starting in the next week, Public Health will have a stationary indoor vaccination “center” as the temperatures rise, holding daily clinics in the training room at the Imperial County Social Services Department on South Fourth Street in El Centro, where Angulo said they hope to be able to vaccinate around 400 people per day.

Coming back to the 91 clinics staged by Public Health, Imperial County Supervisor Jesus Escobar said that is an impressive stat.

“Whenever anyone asks, ‘What’s the county doing?’ that’s a perfect example: 91 clinics so far,” he said.

“I’ve received nothing but compliments on how well-organized and orchestrated the county is in dealing with the COVID-19 issues, vaccines, and the mass clinics, and all that stuff,” board Chair Michael Kelley said on Tuesday.

“The community out there recognizes the importance of what we’re doing,” he added. 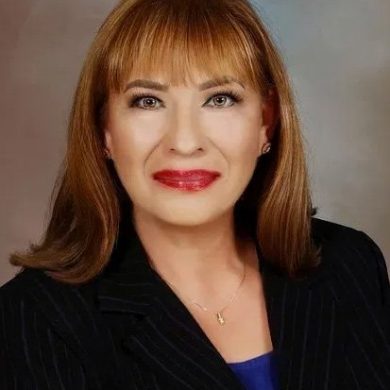