Imperial Irrigation District Board President Jim Hanks advised his fellow directors to “pull it together” and stop infighting at the district.

“Yeah, we have our moments when we have disagreements, but we must stay focused and do what is best for the Imperial Irrigation District,” he said during the Tuesday, April 6 meeting of the IID board in which infighting took centerstage.

Meanwhile, the district board strongly opposed a bill making its way through the Assembly that would add three non-voting seats to its board.

Assembly Bill 1021 was proposed in February by Assembly member Chad Mayes, I-Rancho Mirage. The IID board voted April 6 to strongly oppose the legislation that would have a direct impact to the make-up of the board.

AB 1021 would add three non-voting members to the IID Board of Directors that would be appointed by the Riverside County District 4 Supervisor, which covers the Coachella Valley and the area in which IID provides power service to residents there.

The bill would also require the Local Area Formation Commission for the counties of Imperial and Riverside to conduct and publish on their websites a joint study of voting rights and options for providing electricity in the IID service area.

As for the infighting and accusations, this played out early in Tuesday’s meeting, when Director Norma Sierra Galindo called out board vice president, Director JB Hamby, for allegedly meeting and advising his committee appointees on what to do, and Hamby later said he was being “crucified” by Galindo.

Early in the meeting, Sierra Galindo spoke to President Hanks during board member comments, asking him to speak with Hamby about meeting with his political appointees on the Water Conservation Advisory Board.

“… I think this completely destroys the independence of the committee members, our trust in them to assess situations and issues,” she continued. “… This is truly troubling to other members of the water advisory committee. And this is just not right. It’s not right.”

It couldn’t immediately be confirmed at deadline, but presumably Sierra Galindo was referring to photos and video circulating around social media in which Hamby is shown speaking to Division 4 water committee member Jimmy Abatti.

The video has text superimposed over it, asking, in part: “DIRECTOR HAMBY WHY WERE YOU AT JAMES ABATTI’S SHOP THE MORNING …” (remaining text not visible).

Although it’s not clear whether that was the reference, considering Hamby is the Division 2 director and Abatti is an appointee for Division 4, which is Javier Gonzales’ division.

During the meeting, Sierra Galindo added that board members have been meeting with others, including possibly AB 1021 author Chad Mayes, on issues without reporting back to the board.

“This is not director or Mark Hamby’s board. This is our board and the Imperial Valley ratepayers’ board,” she said, referring to Hamby’s father, who has been associated with the Abatti family.

Hamby answered the allegations during board member comments that he doesn’t believe Hanks and himself have engaged in anything different than what the board leaders have done in the past.

Hamby did say he has met with his political appointees, but the Water Conservation Advisory Board is run primarily by farmers who are not easily swayed by what anyone tells them.

It’s important to note, Hamby said, that he has freedom to meet with whomever he chooses.

“I can associate with whoever the hell I want to,” he added.

Hanks got the last word in during board member reports.

“We have some major issues facing us,” Hanks said. “… We have our hands full. We have a potential case at the U.S. Supreme Court level. Ongoing issue with Mr. (Mike) Abatti. We have issues on the (Colorado) River.”

He encouraged the board to come together to fight these problems instead of fighting amongst themselves.

On the AB 1021 issue, the board did appear united, as it voted unanimously to oppose the proposed legislation, which been referred to the Assembly’s local government committee for further study.

Other governmental bodies in the Valley have also been opposing the legislation.

The Imperial County Board of Supervisors sent a letter of opposition regarding the bill to the chair of the local government committee.

“AB 1021 interjects in and circumvents local government decision-making authority,” according to the county letter. “… The issues raised by Assemblymember Mayes in AB 1021 and similar legislation previously introduced remain local issues for which the Legislature has provided an elaborate local process that should not be circumvented.

“… We urge you to closely consider the far-reaching and negative impacts of this bill to all of the communities served by IID,” the county’s letter continues.

The issue of representation for Coachella area ratepayers — and Mayes’ involvement — is not new to the Imperial Valley nor IID.

In 2019, Mayes introduced Assembly Bill 854, a controversial piece of legislation that sought to add six voting members from Riverside County to the IID board. Eventually the bill all but died for lack of support, but Mayes has said the idea and concept would return.

AB 1021, like AB 854 before it, centers on representation in Coachella Valley. While 60 percent of IID’s electricity customer base lives there, they have no policymaking representation on the district’s board.

At time of 854’s movement through the Assembly, IID officials asserted that the bill challenged the district’s autonomy and that it amounted to a “power grab” by Riverside County officials. 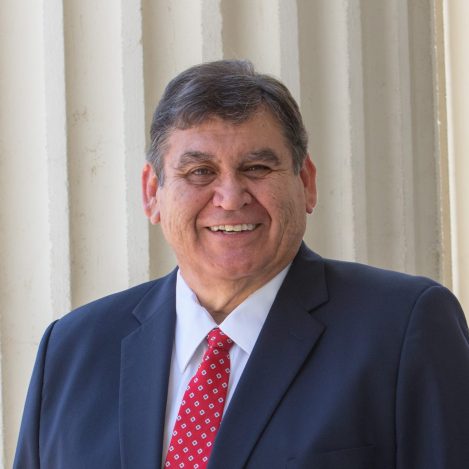