Rosario “Doña Chayo” Pelayo of Calexico (left) was a prominent local figure in the United Farmworkers movement during the 1970s. She was often arrested for her organizing, and she can be seen (right) in front of the Imperial County Sheriff's Office in a photo from a 1974 edition of El Malcriado. | CALEXICO CHRONICLE/CAMILO GARCIA JR. PHOTO ILLUSTRATION
Home
Featured Stories
In Featured StoriesLocal News

CALEXICO — Though often overlooked, farmworkers found themselves receiving a wider degree of recognition when they were designated as essential workers at the onset of the COVID-19 pandemic.

The designation was a candid acknowledgment by the federal government of the vital role that farmworkers play in the food supply chain and economy.

“In reality, they are the ones who help put food on the kitchen tables,” Pelayo said in Spanish, referring to farmworkers. “If it wasn’t for them, then what would happen?”

As a former farmworker, Pelayo said she knows how it feels to feel unappreciated and exploited in the workplace. As a former United Farm Workers organizer, she had devoted her life to changing those prevailing conditions and, in the process, experienced both success, heartbreak, and acclaim.

And while a new generation of farmworker advocates have been pushing locally for more resources to be devoted to the workers during the pandemic, Pelayo’s own legacy still enjoys wide recognition and is continuously reaching new audiences.

“A Struggle from the Heart”

Now in her 80s, Pelayo is far removed from the agricultural fields and the activism of her past. But she said she takes comfort in others’ efforts on behalf of farmworkers, especially during the pandemic.

So, when local public health officials and stakeholders increasingly began to target farmworkers for COVID-19 vaccinations, Pelayo said she was equally heartened and dismayed.

“It was necessary for them to have done it earlier,” Pelayo said.

Pelayo rose to prominence within the farmworkers’ movement in the 1970s, when she developed a reputation for being just as dedicated as she was fearless. That dedication and fearlessness left her with a rather lengthy arrest record and has been widely chronicled in news reports, books, and a film.

As part of the union’s push for better pay and working conditions in the 1970s and ’80s, Pelayo and other organizers often stood on the outskirts of the fields to encourage non-union farmworkers to join their fight. Not content to stand on the sidelines, she would at times venture onto the fields that were being picketed and promptly be arrested.

Her repeated trips to jail are detailed, rather humorously, in the 2017 book “Chasing the Harvest: Migrant Workers in California Agriculture” by author Gabriel Thompson.

In the book, Pelayo narrates several arrests, including the time she “accidently” let her whole hand slip in ink while being fingerprinted.

“It was just an act of rebellion,” Pelayo is quoted in the book as saying. “And when I did that, the police hit me.”

Such treatment at the hands of authorities was hardly out of the ordinary for Pelayo. It might also explain why she gave as good as she got.

During a lettuce strike in El Centro in 1974, Pelayo intervened when she had reportedly seen a law enforcement official striking her fellow female coworkers with a baton. Her initial scuffle with that county sheriff’s deputy likewise drew the intervention of two more.

“I slapped the three of them,” Pelayo told the author Thompson. “So they took me to jail and everybody made fun of them, because a woman had hit them.”

One of her many arrests was also captured in 1973 by the documentary filmmakers of “Fighting For Our Lives,” which was nominated for an Academy Award in 1976 for best documentary feature.

In that film clip, Pelayo — fresh out of jail — is seen urging field workers to go on strike. Shortly afterward, her and her sister are loaded into the back of a county sheriff’s paddy wagon while shouting “Viva la Huelga,” or “Long Live the Strike” in English.

Eventually, Pelayo parted ways with the union in 1981, after a faction within the UFW falsely accused her and other farmworker organizers of seeking seats on its executive board in order to oust its leader Cesar Chavez.

Regardless, she remains proud to this day of her efforts on behalf of farmworkers, which following one local strike in 1978 resulted in union members receiving the best benefits and wages for farmworkers in the nation at the time.

“It was a struggle from the heart,” Pelayo said.

More recently, her past advocacy earned her a Martin Luther King Jr. Stone of Hope award during a ceremony on March 13 in El Centro.

She was one of 10 Valley residents who received the award from the local Martin Luther King Jr. Commemorative Committee. Honorees are recognized as individuals whose actions embody the ideals of the late civil rights leader.

The award came as an honor for Pelayo, who has the award displayed in her glass cabinet at home. She also counted herself as an admirer of King’s civil rights movement, then and now.

“It gives me pleasure that there are people who are using the community to make things better,” Pelayo said of King’s legacy.

Her nomination for the award was based on the same principle. 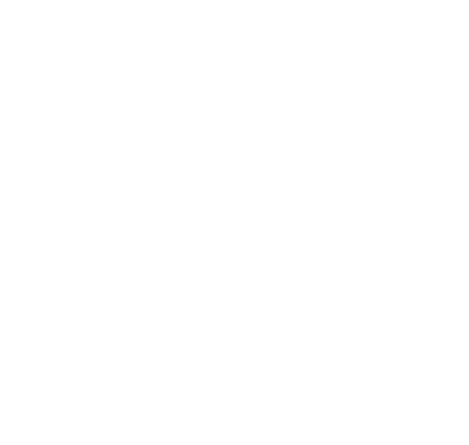