CALEXICO — The following reports were collected from the Calexico Police Department call logs from March 16 through March 21.

7:51 a.m.: Animal Control responded to a residence on the 1300 block of Rockwood Avenue after the homeowner reported that her neighbor’s Doberman was loose in her backyard. The Animal Control officer was able to catch the fugitive pooch and return it to its rightful owner, who was cited for letting the dog run at large.

7:53 a.m.: Police responded to a commercial burglary 100 block of East Second Street. A contractor working at an unoccupied building reported that several items were stolen from the building during the night including a ladder, two boxes of screws and a gallon of glue valued at an estimated $1,000. The culprits appeared to have made entry through a window that was covered in plywood. The contractor advised police that the building does not have surveillance cameras or an alarm system.

11:36 a.m.: Kay Construction employees called police to report that they had discovered an apparently deceased individual in between two Dumpsters near a job site on the 100 block of West Birch Street while taking a walk during their lunch break. The workers told police the deceased individual was slumped over in a chair, was unresponsive and covered in flies. Police conducted an investigation and did not find any weapons, physical evidence, or signs of foul play. The area where the body was found is frequented by transients and police found a sofa chair, a mini refrigerator, an air-conditioning unit and blankets nearby. The deceased individual has not yet been identified. The body had apparently been there for several days undiscovered.

6:05 p.m.: A resident of the 100 block of East Fifth Street reported that his red 1996 Nissan Hardbody was stolen from in front of his home while he was away in Mexicali. The vehicle was locked and secured at the time. The victim did not witness the theft and was not able to provide any possible suspect information. Police took a stolen vehicle report.

8:45 p.m.: Police responded to reports of a prowler at the El Paseo mall on Rockwood Avenue. Officers located the subject near the old Radio Shack in suite 104. The man, who was dressed in all black and wore a ski mask, identified himself as Alfonso Rodriguez Solis and informed police that he is currently on probation. After conducting a probation compliance search, police found Solis to be in possession of a pocketknife, a small bindle containing marijuana, and a white “crystal-like” substance that appeared to be methamphetamine, along with 49 small wooden stakes concealed inside his right sock. Solis told police that he uses the stakes as toothpicks, the knife was a gift from his brother, and that the suspected methamphetamine was given to him by an unknown subject and that he believed it to be tobacco. Solis was cited for being in possession of a controlled substance and released. Police referred the case to the District Attorney with a recommendation that Solis also be charged with carrying a concealed dirk or dagger.

1:02 a.m.: Police responded to the U.S. Port of Entry after customs officials detained a man with an outstanding warrant. Officers made contact with Ricardo Cuevas Gonzalez and confirmed that he had an outstanding felony warrant for burglary, vandalism, grand theft and petty theft. Gonzalez was turned over to the Imperial County Sheriff’s Department and taken to Imperial County jail.

1:44 a.m.: Police were summoned to an apartment complex on the 1000 block of Kloke Street to deal with a man who was reportedly hitting a white BMW in the parking lot. Officers found the man sitting inside the BMW and acting erratically. Officers moved in on the vehicle and told the man to keep his hands where they can see them, to which he replied, “what about where you can’t see them?” The man then put his hands under his legs. Two responding officers were able to wrestle the man out of the vehicle, but he remained combative. A physical scuffle ensued but the officers eventually managed to put the man, later identified as David Espinoza, into handcuffs. Espinoza continued to make erratic statements and admitted to being under the influence of methamphetamine. He was placed into a holding cell at the Calexico Police Department and was later released on a promise to appear in court.

7:55 a.m.: An employee with the city of Calexico reported that a white Ford F-150 belonging to the city had been stolen overnight from the Recreation Center, located at 707 Dool Ave. Police were unable to locate any security footage of the incident or identify any witnesses or suspects.

12:16 p.m.: A Calexico Animal Control officer was assisting the Imperial County Narcotic Task Force with the removal of several canines at a property on the 600 block of Lincoln Street when a pitbull broke free from his grasp, ran down the street and attacked a French poodle. The poodle suffered lacerations to its paws and ribs and was taken to the El Centro Animal Hospital for treatment. The pitbull was taken to the Calexico Animal Shelter and placed under quarantine. The owner of the poodle was contacted and advised of the incident.

2:11 p.m.: A resident on the 1200 block of Sapphire Street called police to report spotting a city of Calexico vehicle that had previously been reported stolen. The resident read about the theft online and recognized the vehicle. Police located the vehicle undamaged and noticed a subject leaving the area as they arrived. Police detained the man, identified as Francisco Javier Gutierrez, and questioned him about the vehicle. Gutierrez told police that he had been looking for items to recycle on the 700 block of Dool Avenue when he found the keys to the truck on a lanyard on the ground and “borrowed” the vehicle to visit family on Sapphire Street. He said that he had planned to return the vehicle to the Calexico Police Department once he was finished with it. Gutierrez was taken to the Calexico Police Department and agreed to write an apology letter to the city of Calexico regarding the incident. Gutierrez wrote the apology letter at the station and again admitted to taking the vehicle without permission. Gutierrez was later released and according to the police dispatch log, the case is “pending further suspect information.”

2:16 p.m.: An officer responded to the 200 block of Lopez Court after receiving a report of a possible overdose. A female subject at the residence told police that she had been arguing with her boyfriend, who has undiagnosed mental problems, about taking his medication. She stated that her boyfriend flushed his medication down the toilet before saying that he wanted to commit suicide and ingested an unknown amount of what she believed to be oxycodone pills. The boyfriend then left the residence in his vehicle. Officers were unable to locate the vehicle or the boyfriend at the time of their report.

4:26 p.m.: A police officer responded to the front desk at the Police Department in reference to a female subject who was involved in a domestic dispute. The woman, who was wearing only a bra and a jacket, claimed that her estranged husband had assaulted her after they’d argued about their living arrangements. The woman said that she was able to grab her car keys and escape the situation as her husband was trying to force himself upon her sexually. The woman said she drove straight to the police station to report the incident. The responding officer noted that the woman had several minor injuries including scratches on her neck and breast. The woman was treated at the scene and her husband was later placed under arrest for domestic violence and booked into Imperial County jail.

Previous
Stream N’ Chill: It’s That Time of the Year 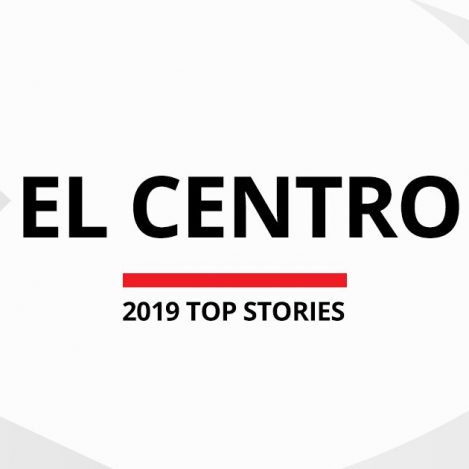