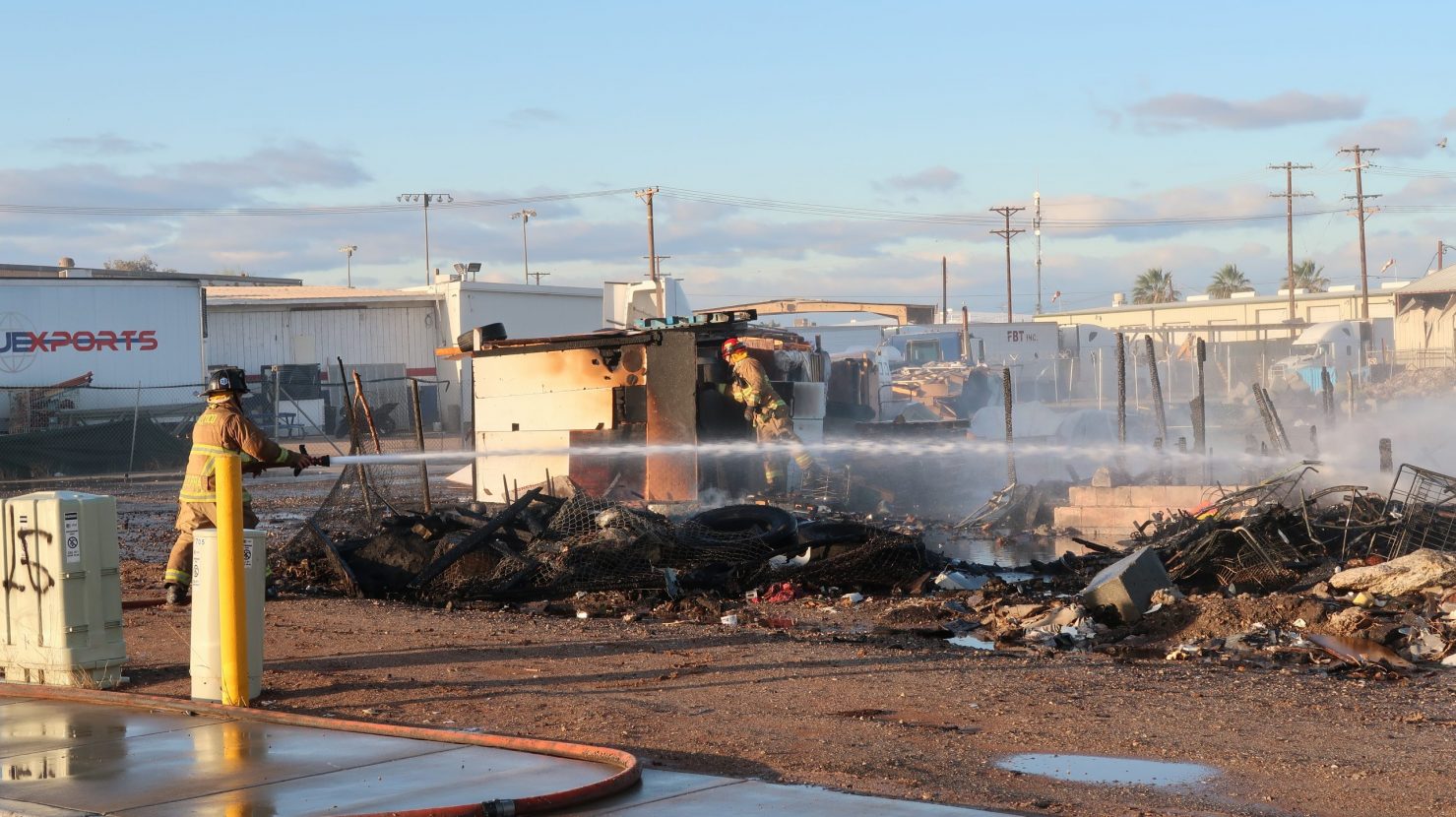 A Calexico firefighter sprays a stream of water over the remnants of a fire that burned a pair of homeless encampments in the 700 block of Cesar Chavez Boulevard on Friday morning, March 26. | PRESLEY RAMIREZ PHOTO
Home
Public Safety
In Public Safety

Calexico Authorities Investigate Fire at Site of Prior Shooting

CALEXICO — The cause of a fire that destroyed a makeshift homeless encampment in the 700 block of Cesar Chavez Boulevard about 7 a.m. Friday, March 26, remains under investigation, as does the shooting of a 32-year-old homeless man that took place there the day prior.

“At this time, it’s unknown if the fire was in connection to the shooting,” Calexico police Sgt. Armando Orozco told the Calexico Chronicle on Friday.

Signs of smoke were initially reported to authorities about 6:54 a.m. at 711 Cesar Chavez Blvd., the site of a former recycling center that was destroyed in a multi-alarm fire in June 2016, and where two distinct homeless encampments were erected.

The fire destroyed one of the encampments and a section of the other, Orozco said. No injuries were reported.

A total of about 10 individuals were believed to have been living at the location among both camps, Orozco said.

Some of the individuals who authorities encountered onsite Friday reported not having any knowledge about what may have caused the blaze.

Those individuals at the scene who were questioned told police that the persons who resided in the destroyed encampment had left the night prior, Orozco said.

The remaining individuals encountered at the site were asked to leave, he added, due the fact the encampment was on private property.

Two Calexico Fire Department engines responded to the scene of the blaze, which was limited to the encampments and other debris at the site and had taken about 45 minutes to extinguish, Fire Chief Diego Favila said.

“We’ve had several fires there before,” Favila added. “Mostly related to homeless encampments and transients in the area.”

The property was the recent subject of an abatement order by the city, which required the property’s owner to mitigate any nuisance or public safety hazard arising from the site, the chief said.

“From what I’ve seen, they have started the cleanup,” he said.

Because the property in question is private, police have had limited authority to remove trespassers, Orozco said.

The same site was the scene of a shooting about 1:30 p.m. Thursday, March 25. That incident left an unidentified 32-year-old Hispanic male hospitalized with two gunshot wounds to the torso, the Police Department previously reported.

The victim reportedly sustained nonlife-threatening injuries and was uncooperative with police who had responded, Orozco said.

“We’ll do a follow-up interview to see if he wants to talk to us,” he said. 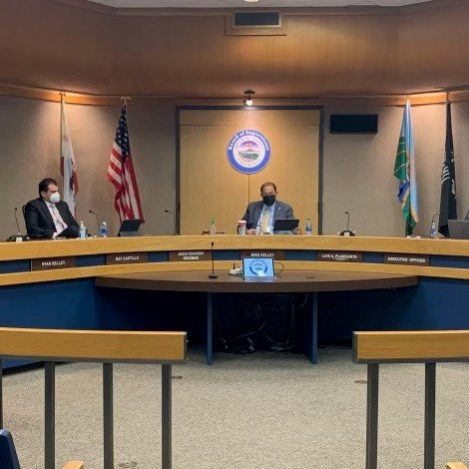