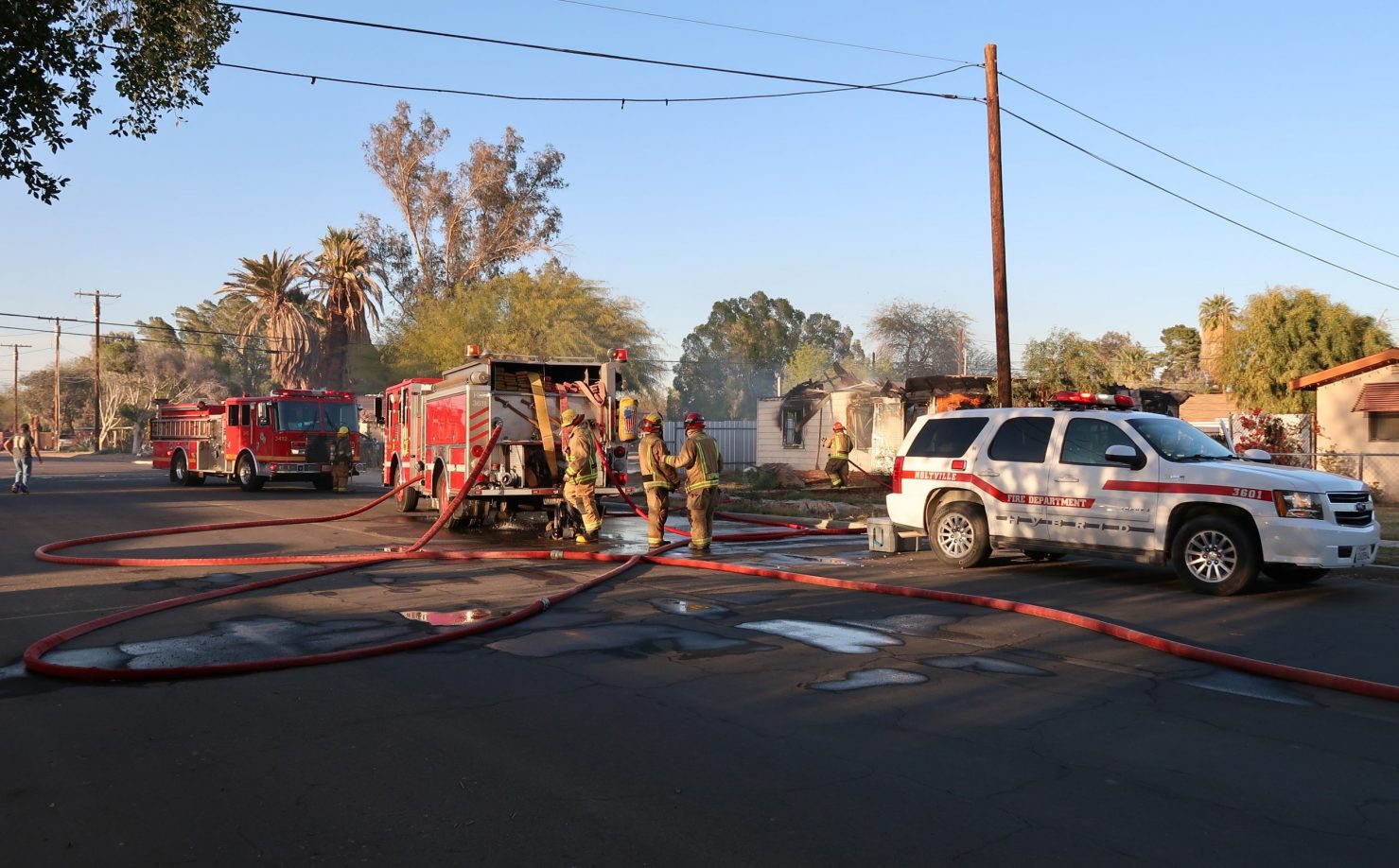 Holtville Fire Department crews put out an arson fire at an abandoned house at 870 Olive Ave. on the northwest edge of the city on Monday evening, March 22. The department had started the process to get the owners to clean up the house a few hours before rushing back to the scene to address the fire. | PRESLEY RAMIREZ PHOTO
Home
Public Safety
In Public Safety

HOLTVILLE — An arson fire isn’t a good thing, of course, but for the residents living around a problematic property in the 800 block of Olive Avenue, the neighborhood might just be better off now.

“I’m sure after we bulldozed (the site), the property value went up,” Holtville Fire Chief Alex Silva said on Tuesday, March 23. “That thing was such an eyesore.”

Curiously, just a few hours after a fire crew, that included Silva, took photographs of an abandoned dwelling at 870 Olive Ave. to initiate the nuisance-abatement process for neglected and deteriorating properties in the city, a fire broke out at that location, with the origin pinpointed to a room in the rear of the house.

Silva said there were no utilities running to the site, and a neighbor in the area saw someone leaving the property about 15 minutes before the Holtville Fire Department returned to a fully engulfed structure shortly after 5 p.m. Monday, March 22. They left the site previously between 2 and 2:30 p.m.

“It was definitely an arson,” Silva said. “The building has been abandoned for years, and for years, there’s been no utilities, gas, cable, power, nothing.

“There was a lot of transients living there over the years,” he added.

Fire crews made quick work of the fire, extinguishing it in about 45 minutes, Silva said, but an Imperial County fire unit was called in briefly to protect one nearby structure.

Shortly after the fire was out, though, the breeze began to pick up, and Silva said the frame started to sway from side to side. Rather than deal with a potential safety hazard, a city bulldozer was brought to the site around 7:30 p.m. to knock down the house onto itself.

No one was injured by the fire and crews made certain no one was inside, Silva said.

“Empty” for several years now, the house had been subject of numerous abatement orders by the city over the years, including being condemned and unlivable despite squatters regularly breaking into the boarded-up structure, which Silva said had become a known spot for drug activity.

Owned by a woman identified as Irene Flores, according to available records, the city had gone through the abatement process at least three previous times, using its city ordinances to try to get the property owner to clean up the home.

Silva said at the time of the fire, the city had a lien on the property to attempt to recoup its costs for previous abatement work, including chopping down and hauling off trees and other potential fire hazards.

Over the years, Silva said, neighbors have periodically called in to the city to complain about the state of the house or about the people seen coming and going.

Although Silva declined the name the owner, he added it’s been the same name attached to the property for several years. He said even after the dwelling was condemned and the windows and doors boarded, “a relative of the owner” stayed inside the home.

“That house is gone, so the neighbors can relax a little more now,” he said. 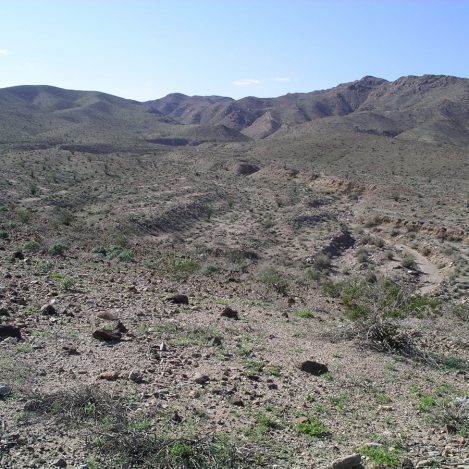