Imperial Irrigation District work crews work on undergrounding the Dahlia Canal that runs parallel with LaBrucherie Road between Treshill and Aten roads. With the work completed, the city of Imperial will now get ready to expand the road from two to four lanes and add sidewalks and lighting to the east side. | IMPERIAL IRRIGATION DISTRICT VIDEO CAPTURE
Home
Regional News
In Regional News

LaBrucherie in Imperial Will Soon Be ‘Under Construction’ … Again

IMPERIAL — Frustrated travelers on LaBrucherie Road may have been relieved as the construction barriers on a months-long project were lifted and traffic flow resumed recently, but come mid-April, more work is yet to come on LaBrucherie between Aten Boulevard and Treshill Road at the southern edge of city limits.

Next up, it the city’s turn to get to work in the area. For the last few months, with some days of respite in between, it was the Imperial Irrigation District undergrounding the Dahlia Canal, the completion of which will allow Imperial to rebuild and expand the rutted two-lane roadway.

On Wednesday, March 17, the Imperial City Council unanimously approved a change order to the cost of the design and engineering of the project that will add $12,050 to the price tag. The increase takes into account IID’s work and the ability for the city to enhance the project.

The city awarded a $66,720 contract to LC Engineering Consultants Inc. of El Centro on June 5, 2019. The additional cost now brings the design bill to $78,770, which will come from the city of Imperial’s portion of Local Transportation Authority Measure D half-cent sales-tax proceeds.

Jesus Villegas, project manager for the Imperial Community Development Department, said that additional engineering on the widening project is necessary to account for the additional space the project has gained from IID’s work on the Dahlia, thus resulting in a better improvement to the city and residents.

When the engineering project bid was awarded in June 2019, the Dahlia Canal was an open-channel, concrete-lined waterway, which limited the city’s boundaries to make improvements in the area.

“This project has been completed recently, (so) the city will be able to increase the design by having a little more of IID’s right of way,” Villegas said during the council meeting.

The Dahlia Canal project site will now be able to be upgraded to be a brand-new asphalt roadway, rather than simply overlaying on the existing roadway.

“Initially it was a four-lane road … but the prior configuration didn’t let us move more east,” Villegas said. “Now that IID has completed the pipeline project, now we can accommodate (more). We saved some money since they built a little more toward the east.”

The additional design elements for the project will include a sidewalk and lights on the east side of the road, which previously wasn’t an option. Although it is still encroaching on IID property, the council felt it was necessary to further improve that busy thoroughfare that connects northwest El Centro to southwest Imperial.

The change order includes civil engineering requests to have three additional conceptual plans to illustrate the location of the new IID canal pipeline in relation to the new road to add additional pavement area. Likewise, it revises the encroachment that the city will have on IID property for the sidewalk and lights.

Included in the change order is $2,180 in revisions that include the connection of water lines at La Fuente Subdivision and one water line at Wall Road.

Additionally, Villegas noted that the condition of the asphalt on LaBrucherie was so bad, it would be more prudent to move to a brand-new base and utilize a little extra money to make the roadway more durable. It was part of the IID vehicles and their heavy equipment that damaged parts of the road during the constriction, he noted.

Traffic light designs will also be modified at the new intersection of LaBrucherie Road and Aten Road, according to the city.

Assistant City Manager Alexis Brown said that once construction starts around mid-April, it’ll take about 90 days for the road widening to be completed. 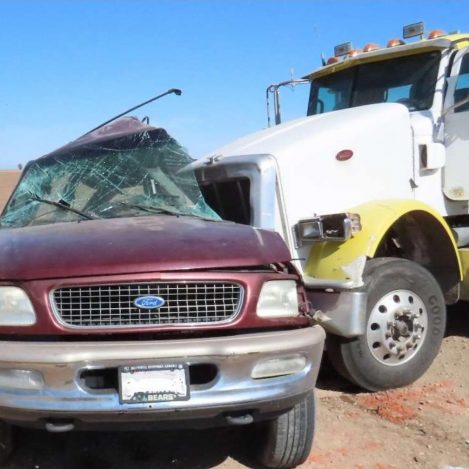