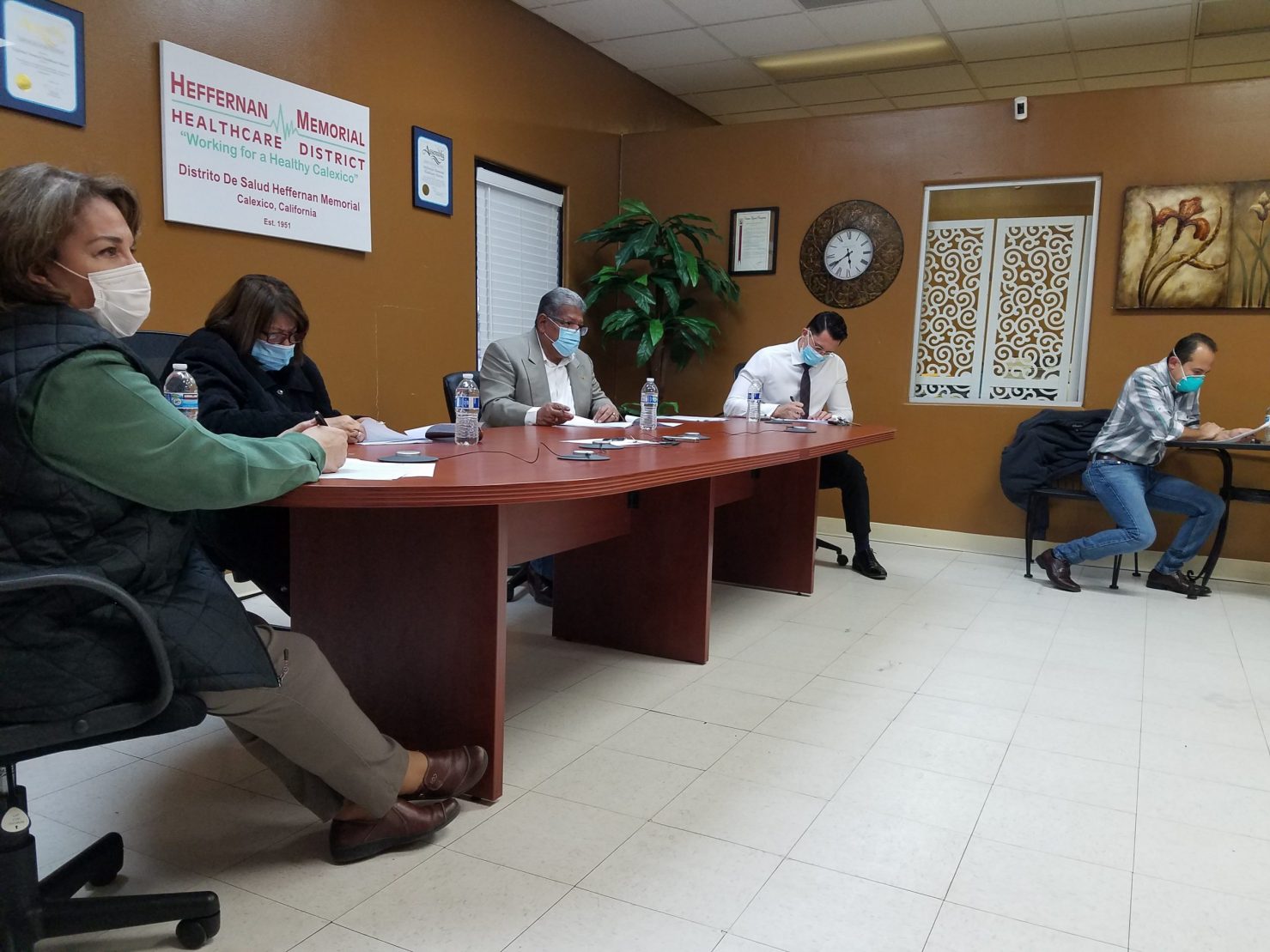 CALEXICO — The Heffernan Memorial Healthcare District board will soon schedule a town hall meeting to discuss with the public the possibility of establishing an all-hours urgent-care clinic in Calexico.

Additionally, the Heffernan board directed the district’s manager to determine the potential costs of a consultant who can determine the scope of work related to the establishment of an urgent-care clinic. The board’s actions took place during its March 10 meeting.

The idea of establishing an urgent-care clinic that is open 24 hours, seven days a week has its origins in the establishment of the district’s strategic plan about two years ago, said district manager Tomas Virgen following the meeting.

In the absence of a hospital emergency room in Calexico, and the unfeasibility of establishing a standalone emergency room, an all-hours urgent-care clinic would be the “next best thing,” Virgen said.

Currently, the district has contracts that help subsidize medical services at the clinics operated in Calexico by El Centro Regional Medical Center and Pioneers Memorial Hospital.

The proposed facility would supplement, rather than compete with, the medical care currently available in Calexico and specifically address medical emergencies that are more serious that the common ailments that prompt doctor’s appointments but less serious than those requiring an emergency room visit, Virgen said.

“Why should you go to a busy emergency room that is addressing a whole lot of stuff when you can take care of it right here in Calexico,” he said.

As part of its effort to potentially establish an all-hours urgent-care clinic, the Heffernan district has advised the city’s healthcare providers of its intentions and has attracted the interest of five providers who are considering partnering with the district, Virgen said.

Generally speaking, a lot of doctors refrain from having an all-hours urgent-care center because of the costs associated with having personnel onsite after normal business hours, when office visits and, by extension, revenues, typically decrease, Virgen said. The district could help offset some of those costs.

“It’s better for us to partner with someone who knows how to do urgent care or someone who already has a group of doctors that want to participate in the urgent care,” he said.

The healthcare district receives about $800,000 annually in revenue and is funded by a portion of residents’ property taxes. Those funds are required to be spent providing medical services for those living in the district’s boundaries.

The anticipated hiring of a consultant will help determine the cost of the Heffernan district subsidizing an all-hours center that may be housed by an existing healthcare provider. Virgen said he also anticipates additional expenses associated with covering the costs of medication for those who can’t afford it.

“We need to evaluate the data and find out if Heffernan can pump in $500,000 a year to have urgent care for our patients around the clock,” he said.

Nor has the proposed urgent-care center raised any immediate concerns with the county Local Agency Formation Commission, which provides oversight of special districts, like Heffernan, within its jurisdiction. On the contrary, Virgen said the commission was supportive of the idea when he advised it of the district’s intentions in February.

LAFCO had approved a series of recommendations for the Heffernan district in 2018 after the district’s spending practices came under scrutiny. One of those recommendations was the hiring of a district manager, a position that Virgen subsequently filled.

“If we do this the right way, I don’t see why LAFCO would oppose it,” he said.

Another driving force behind the push for an urgent-care clinic is the fact that about half of the Valley’s emergency room visits originate from Calexico, according to data Virgen said he obtained from the Calexico Fire Department.

Establishing an urgent-care center in Calexico would have the bonus of reducing emergency room visits at the local hospitals, he said.

“This kind of brings healthcare to where it needs to be,” Virgen said.

The pending town hall would help educate residents about the medical conditions typically addressed at urgent-care clinics and when it is appropriate to visit such a facility in place of either a doctor or an emergency room, Virgen said.

The district plans to work with the city of Calexico to determine whether City Council chambers could potentially be used to host the town hall meeting.

The Heffernan district’s planning committee is currently working on scheduling a date for the town hall meeting. The five-member board of directors will be in attendance so that they can hear the public’s input firsthand.

“You really need the entire board to have interaction among board members and the comments that the community might have about the urgent-care center,” said Eduardo Rivera, the district’s legal counsel, when the meeting’s agenda item was discussed.

Previous
Mourners at 115 and Norrish Seek Permanent Tribute for Dead 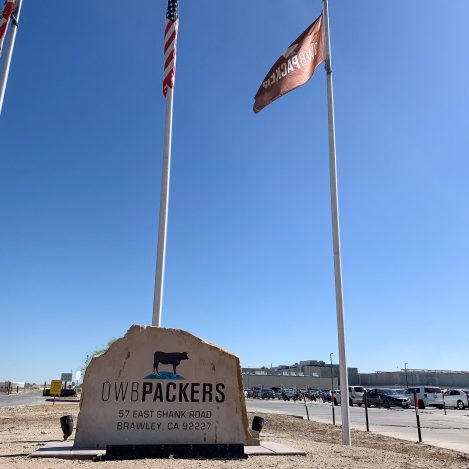