Jairo Dueñas (right), 28, of Mexicali has been confirmed as the driver of the maroon 1997 Ford Expedition carrying 24 passengers that ran through a stop sign and was crushed by a tractor-trailer rig in the intersection of Highway 115 and Norrish Road northwest of Holtville on March 2. | FILE IMAGES
Home
Public Safety
In Public SafetyRegional News

(This story was updated at 5 p.m. Tuesday, March 16, with new information from the California Highway Patrol.)

Jairo de Jesus Dueñas Landin, 28, of Mexicali has been confirmed as the driver of the Ford Expedition crushed in the collision that killed 13 people, including Dueñas, on the morning of March 2 outside Holtville, according to the California Highway Patrol.

Additionally, a spokesperson with the Mexican consulate in Calexico matched the names of the 12 other decedents in the March 2 collision to their home countries, although the spokesperson said he was not authorized to reveal specific states or cities for those killed.

“We want to respect the privacy of the people as much as we can,” Mario Beltran Mainero, consul of community and political affairs in Calexico, told the Calexico Chronicle and Holtville Tribune on Monday, March 15.

The identities of those killed were released by the Imperial County Coroner’s Office on March 8. Coroner’s officials said the names would be the only information made available through their department.

Some 25 migrants were packed into the maroon 1997 Ford Expedition sport-utility vehicle that U.S. Customs and Border Protection officials said was one of two SUVs that made it through a 10-foot breach in the border fence about 30 miles east of Calexico.

Guatemalan nationals who died in the accident were Magdalena Elizabeth Lopez Escobar, 20, and Yesenia Magali Melendrez Cardona, 23, of Chiquimulilla, Guatemala. Yesenia has previously been identified through her uncle, Rudy Dominguez of Brea.

Mexico’s Secretary of Foreign Relations in a March 4 statement revealed the Mexican states of origin of the deceased: three were from Oaxaca, three from Michoacán, and one each from Guerrero, Morelos, Nayarit, and Baja California.

Consulate officials in Calexico nor San Diego would speak further to match the names and states of the Mexican nationals who perished, 12 of whom died at the scene and one in El Centro Regional Medical Center.

Meanwhile, Jairo Dueñas was previously suspected to be the driver based on his age and city of residence, which had been released by the California Highway Patrol hours after the wreck that occurred in the intersection of Highway 115 and Norrish Road about two miles northwest of Holtville.

However, the Highway Patrol nor any other agency had ever officially named Dueñas as the driver until Tuesday, March 16, when a California Public Records Act request for what is referred to as the “face page” to the agency’s report provided that information to this newspaper.

Although the cover sheet to the eight-page preliminary report is heavily redacted, it does list “Jairo de Jesus Dueñas Landin” as “Party 1,” or the driver of the SUV.

Highway Patrol has not released any information on the collision investigation since the initial report.

Dueñas was identified as one of the 13 who died just a few days after the collision, when this newspaper interviewed his wife, Sofia Amairan Castañeda Gonzalez.

Castañeda told the Calexico Chronicle/Holtville Tribune in a phone interview that Dueñas wanted cross into the United States to earn some cash to buy a reliable car so that he could return to his family and work as an Uber driver. He had lost his job as a baker due to the COVID-19 pandemic, she said.

Jairo Dueñas was also motivated to cross by a desire to continue to provide for his three young children, including a 9-year-old son he had with Castañeda. She described him as a man who was young at heart and enjoyed watching cartoons.

“He always found something to laugh about,” she said.

Once suspicions surfaced regarding whether Dueñas was the driver, Castañeda brusquely told a reporter a day later that she did not know whether that was true.

During the earlier interview, Castañeda said to this newspaper: “It was the first time he had tried to cross.”

Jairo Dueñas was in contact with Castañeda in the moments preceding his illegal crossing to provide details of the vehicle he was a passenger in so that if the vehicle appeared in any news reports she would become aware of his latest whereabouts, she said.

Castañeda said Dueñas had told her to expect a call from him once he had successfully arrived in the United States. By the afternoon of March 2, she still hadn’t heard from him, prompting her to repeatedly call his phone, but was unable to reach him.

Ultimately, she called a relative of his who informed her that it appeared as though the vehicle he was traveling in was involved in the fatal collision near Holtville.

Dueñas reportedly was not carrying any identification on him, Castañeda said.

Thirteen people in all sustained moderate to major injuries in a collision scene that was described as “gruesome” by Imperial County Fire Chief Alfredo Estrada shortly after the 6:15 a.m. crash.

In the accident, the SUV driven by Dueñas was heading west on Norrish Road when it was T-boned by a Havens & Sons 2011 Peterbilt semi hauling two empty gravel trailers on Highway 115 heading north. Estrada said the SUV blew through a posted stop sign on Norrish when the collision occurred in the middle of the intersection, pushing the crushed SUV to the side of the road, ejecting numerous passengers onto the roadway.

In addition to the deceased, 12 migrants were injured, as was the Havens & Sons driver, 68-year-old Joe Beltran of El Centro, who sustained major but nonlife-threatening injuries and had to be airlifted to Desert Regional Medical Center in Palm Springs.

Beltran reportedly returned home a day later, March 3, according to a statement issued to the media by Beltran’s family.

Beltran suffered seven broken ribs and a deep bruise to his knee and was in “a lot of pain” from his chest injuries, his family stated on March 10.

Meanwhile, on March 4, the Highway Patrol released the names and conditions of the injured, all of whom were transported, either by ground ambulance or helicopter, to hospitals in El Centro, Brawley, San Diego, and Palm Springs.

No further information on their conditions has been made available since.

At time of the CHP release, identified as being transported to University of San Diego Medical Center in San Diego from ECRMC with major injuries were Rene Zelando, a 30-year-old male from Nayarit, Mexico; Berti Orozco, a 21-year-old female from Guatemala City, Guatemala; 33-year-old Zeterina Mendoza, a woman from Guerrero, Mexico; and 44-year-old Camilio Rodriguez, a man from Santa Maria Del Oro, Mexico.

Those transported to Scripps Mercy Hospital in Hillcrest from Pioneers in Brawley were Jose Martinez, a 16-year-old male, from Guerrero, Mexico, and Verlyn Cardona of Chiquimulilla, Guatemala, both of whom had major injuries, according to the Highway Patrol.

Verlyn Cardona was released from hospital on March 3 into the care of her little brother, Rudy Dominguez, who told the Calexico Chronicle that Verlyn was returned to an Orange County hospital on March 9 over headaches and blurred vision from the cerebral hemorrhage she sustained in the collision.

Verlyn is the mother of the late Yesenia Cardona, who was killed in the collision. The two were fleeing the gang violence of their Central American homeland.

Transported to Desert Regional Medical Center in Palm Springs with major injuries were 24-year-old Jorge Gutierrez Martinez and 22-year-old Esteban Montiel, as well as the youngest occupant of the Expedition, a 15-year-old female. Highway Patrol on March 4 did not have the country of origin for any of those hospitalized in Riverside County.

However, Gaspar Orozco of the Mexican consulate in San Diego said on Monday, March 15, that the teenage girl was from Guatemala and that she was still unconscious from the accident. Gutierrez and Montiel were both Mexican nationals, according to the Mexican government.

The San Diego consulate, according to Calexico consulate spokesman Beltran, was tasked with releasing information on the injured. However, Orozco said all information was now going through an attorney retained by the Mexico national government.

The attorney could not be reached late Monday.

That was the first time Border Patrol had acknowledged through official channels that the SUV had come through a 10-foot section of the border fence that had been cut and removed sometime March 2 east of Drop 4 on the All-American Canal and near the Gordon’s Well exit/Schneider’s Bridge area just off Interstate 8 about 30 miles east of the Highway 115/Interstate 8 interchange.

A California Highway Patrol officer had confirmed to this newspaper late March 2 that two SUVs had entered through the breach, one of which caught on fire east of Vanderlinden Road and south of Interstate 8 in the Holtville area.

While two SUVs were confirmed to have made it through the fence that morning, there have been rumors that several more were stopped from entering. Rudy Dominguez, the brother of passenger Verlyn Cardona, said Verlyn told him three vehicles went through the breach on March 2.

El Centro Sector Border Patrol and CBP media spokespeople for the larger region of Southern California and Arizona have not responded to emailed inquiries and phone messages seeking confirmation or an update.

According to CBP’s timeline, at 5:56 a.m., a red Chevy Suburban engulfed in flames near Interstate 8 and Highway 115 was reported to Border Patrol. Upon agents’ arrival at 6:30, some 19 migrants, later determined to be undocumented immigrants, were found hiding in nearby brush.

Highway Patrol dispatch reported that 20 or so people were seen running from the burning Suburban, which was first identified as a GMC Yukon.

At 6:05 a.m., agents discovered the breach in the fence, and at 6:06, after reviewing video from cameras set up in the vicinity, two SUVs were seen going through the fence, according to the statement. 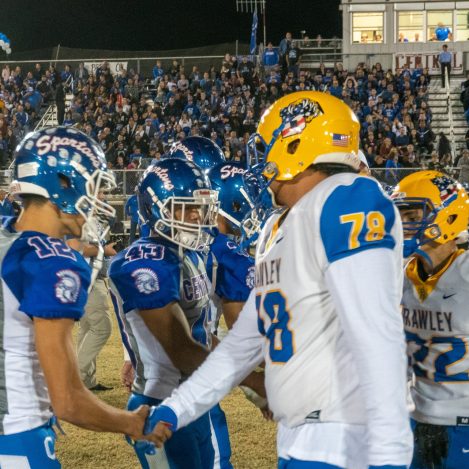