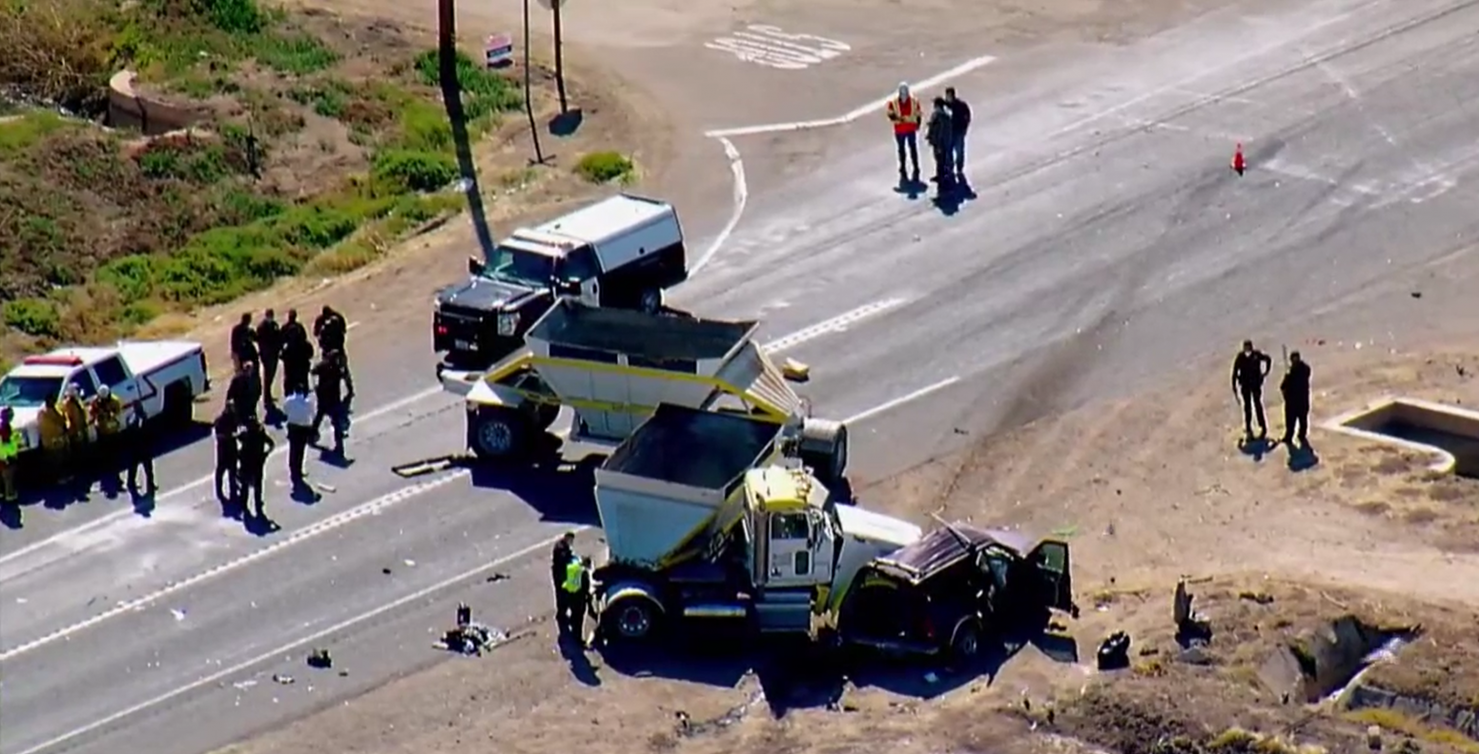 A still image from aerial footage taken above the aftermath of a scene of a collision in which 13 people were killed on Tuesday morning, March 2, is shown. | IMAGE CAPTURED FROM CBS8 SAN DIEGO VIDEO
Home
Public Safety
In Public SafetyRegional News

Updated at 7:30 p.m. March 8: The identities of the 13 persons who died from the collision at the intersection of Highway 115 and Norrish Road northwest of Holtville on the morning of March 2 were released by the Imperial County Coroner’s Office on Monday, March 8.

Names already widely known to the media were Yesenia Magali Melendrez Cardona, 23, of Chiquimulilla, Guatemala, and Jairo de Jesus Dueñas Landin, 28, of Mexicali, whose relatives were interviewed by this newspaper late last week.

The Coroner’s Office release states Dueñas’ age as 23, but his wife, Sofia Amairan Castaneda Gonzalez, said he was 28 years old.

When asked about cities of residence or causes of death, supervisor of the Coroner’s Office, Imperial County sheriff’s Lt. Manuel Deleon, said no other information would be released by the county.

California Highway Patrol spokespersons at the Border Division in San Diego and the El Centro station did not have the cities of residence or countries of origin when contacted Monday.

Ten of the deceased were Mexican nationals, according to information released March 3 by the Mexican consul in Calexico, with the remaining three hailing from Guatemala.

The 13 who died were part of a group of 25 undocumented immigrants inside a Ford Expedition when it was struck by a tractor-trailer rig shortly after 6 a.m. March 2, when, authorities have since confirmed, the Expedition was one of two sport-utility vehicles that came through a 10-foot breach of the border fence east of Calexico not long before the collision. The case is an ongoing human-smuggling investigation.

On Monday evening, Rudy Dominguez, the brother of accident survivor Verlyn Cardona, who is the mother of Yesenia Cardona, said that his sister told him the SUV she and her daughter were in was one of three vehicles that came through the breach on March 2.

U.S. Customs and Border Protection media relations for the Yuma and El Centro area’s stated in an email on Tuesday, March 9, there would be no further comment on the border incursions of March 2.

Unconfirmed reports are stating that possibly more than three vehicles entered through the downed section of fence, which Border Patrol stated was near the Gordon’s Well exit/Schneider’s Bridge area just off Interstate 8 about 30 miles east of the Highway 115/Interstate 8 interchange.

Meanwhile, the Mexican consulate was reportedly releasing additional information about the occupants of the vehicle, but numerous calls to the consulate’s office in Calexico on March 8 had not been returned. Although repeatedly quoted by other media sources through the weekend, the consular office in San Diego on Monday directed all further inquiries about the decedents toward its Imperial County counterparts.

There is reason to suspect that Jairo Dueñas could have been the driver of the Expedition, but it has not been confirmed by authorities. Highway Patrol has maintained, after initially stating the driver was a 22-year-old from Mexicali, that the driver is actually age 28. El Centro’s PIO confirmed that age again on Monday evening.

The only 28-year-old in the SUV was Jairo, according to the ages and names so far released by the county and the Highway Patrol.

Of the deceased, 12 died at the scene and one succumbed to their injuries at El Centro Regional Medical Center. The remaining 12 passengers were transported, either by ground ambulance or helicopter, to hospitals in El Centro, Brawley, San Diego, and Palm Springs.

On Thursday afternoon, March 4, the identities of the injured and their conditions at the time of the accident were released by Highway Patrol, but as of March 8, PIOs had no updated information.

Those transported to Scripps Mercy Hospital in Hillcrest from Pioneers in Brawley were Jose Martinez, a 16-year-old male, from Guerrero, Mexico, and Verlyn Cardona, both of whom had major injuries, according to the Highway Patrol.

Cardona’s name was spelled Berlin by the Highway Patrol and she was listed as a resident of Guatemala City. However, her brother, Rudy Dominguez, told this newspaper last week that her name was spelled incorrectly by the CHP, and he explained that Verlyn and her daughter, Yesenia, who died in the collision, were both residents of Chiquimulilla, which is about 65 miles south of Guatemala City.

As of Thursday afternoon, the origin or citizenship of three patients transported to Desert Regional Medical Center in Palm Springs with major injuries were still unknown. They included 24-year-old Jorge Gutierrez Martinez and 22-year-old Esteban Montiel.

The identity and origin of the youngest occupant of the Expedition, a 15-year-old female airlifted to Desert Regional, was still unknown Thursday afternoon.

Highway Patrol added that the only person identified by their photo ID was Zeterina Mendoza. The rest stated their names.

A number of the injured have been released from hospitals, including Verlyn, and reportedly most of those admitted to Imperial County hospitals.

The Mexican consulate in San Diego released a few details about the injured on Friday, March 5.

“They are in a delicate but stable situation,” Consul General Carlos González Gutiérrez told San Diego-area media outlets regarding the injured who were admitted to San Diego hospitals.

Highway Patrol stated it would try to provide cities, states, and countries of origin of the deceased sometime Tuesday, March 9. 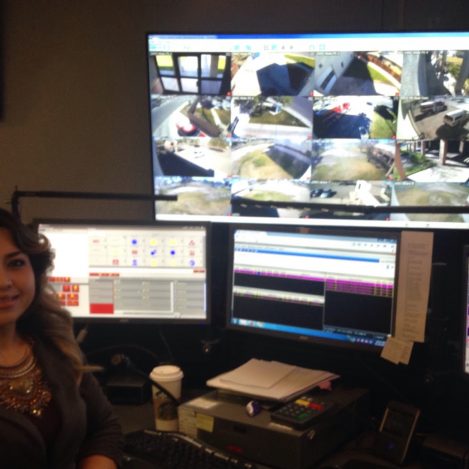