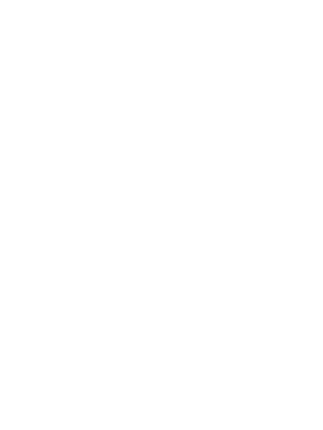 Responding briefly to a letter addressed to me. I would like to first make clear that I am the only council member with 24/7 office hours. I always make the greatest attempt to stay connected to the people at every step of the way. I cannot legally respond directly to public comment letters through council meetings, so I do so through here. I respond in both languages as it should be in a border town.

(The letter Calexico City Council member Ureña is referring to was the subject of a recent story that be read here.)

Every meeting there are less than a handful letters sent with inflammatory, non-substantive accusations of myself and Councilwoman Gloria. All of them are cowardly sent anonymously, whereas when people speak in my favor it always has a name (often many names of real citizens attached to it), including when we historically sent in close to 200 names to voice an opinion against the border wall.

All real people with names.

They send in right-wing talking points: 1.) Councilperson Ureña is aggressive and childish 2.) Councilwoman Romo needs to speak English (this is a racist accusation, yes, I said it and will continue to say it because it is true.) 3.) Council members Ureña and Romo need to stop using laptops and phones. (as if we did not live in the 21st century).

Side note: I have gotten public records requests about the messages I send during meetings. I always comply without hesitation and know that is the public’s right to know.

I know the three other council people have a weak following of far-right extremists, mostly out of town. If they had genuine support, they would have comments written in with names (max they’ve gotten at a meeting is six anonymous members of the public speaking in their favor) and importantly, they would have filled up their commissioners without a problem. Romo and myself had a full slate of professional community members with plenty of experience ready to go on day one. The other three council people left many spots open for three months and delayed the functioning of the committee system due to their lack of genuine support from the public. Scarecrow politics: make yourself look big and loud when you don’t have the support. That is the game they play, and we can all see right through it. We are smart crows, we will eat you up. We know about statistics and more importantly, the reality of the situation. People, not council people, have the ultimate power to make change.

I wonder if the other three council people believe they would win an election tomorrow. More specifically: I wonder if Moreno thinks he could have won without my endorsement and the support of thousands of hopeful Calecianos yearning for change.

I have reasons to believe this letter does not truly come from employees. Because I speak with them directly and fight for their rights directly on council. In fact, during that same meeting, during my council comments, when this was sent, I stood up for the most essential municipal employees from parks, streets, and water making $14/hour starting (positions that Brawley and El Centro start those same positions at $18/hour). I am a labor activist. Who are they trying to fool? Better question: Who are they really? Just like the faceless profiles on Facebook, I would like to know if they even live here.

If they do, let them know Romo and I are the only ones that stand up for the common municipal employee: the backbone that keeps this city clean and moving. They do their best with the little resources we give them. At that meeting, the three council people decided to buy one police car instead of public restrooms AND equipment for public works to keep streets and parks clean. It is one thing to say you support the most essential employees. It is another thing to back it up with your vote.

I explained to Mayor Fernandez during that meeting (as she made her typical twisted face, pretending not to hear me) the suffering of these employees that live in the city with the highest rents in the Valley ($700-plus for a studio) on the lowest wages. I warned the council I would not tolerate intimidation and retaliation against these employees for demanding fair pay.

Some employees shared stories of what it is like to be a worker denied full-time status (denied health insurance) at $14/hour. I explained it in council, I will do so again here:

You work 72/hours a week (just under full time so you don’t get benefits).

In Calexico $1,000 of that goes to rent and utilities.

You are $102/month above qualifying for food stamps and medical. As a result, no government assistance for you. You have $500/month to feed yourself, your family, buy all your necessities, and buy healthcare.

You are always a car accident, medical accident, or copay away from bankruptcy. Why do I care about having a good safety net? Because most Calexicans are at risk of being the next homeless person in the precarious financial situation we put our workers in. Including our municipal employees!

Great example: Humberto from the Homeless Farmworker Encampment. He, like everyone at the camp, works. Many working homeless these days due to low wages, high rents. He is homeless because his apartment burnt down. He has no where to go. He still works. He says he is blessed to have the camp as a safety net while he gets back on his feet. We need a better, more stable safety net.

Better safety nets benefit everyone. They reduce poverty and crime at the same time. They are a great opportunity to get people the mental health, job assistance programs, food, showers that people need to slowly get back on their feet in a city with a housing crisis. To respond to the letter: no this is not about “helping 5 to 10 percent of Calexicans” (irresponsible to put out statistics without a poll). Safety nets help 100 percent of Calexicans. Especially those that are at risk of being the next homeless person.

Side note: I seriously cannot wait for the public to be able to attend these meetings in person so they can see for themselves how “respectful” madam mayor is in person and how (Mayor Pro Tem Javier) Moreno guides her every action with notes passed back and forth between the three. Winks and nods, not formal public debate. Maybe the concern is not the laptops and cell phones, but instead, the paper notes these council members use to make under-the-table decisions during the meeting. Unfortunately, the camera pans out when I speak but soon the public will get to see the truth.

I also want peace on council, just today (Saturday, Feb. 27) I reached out to Mayor Fernandez with a detailed six-step economic plan Calexico could undertake now, without resources, to adapt our local economy to COVID for the rest of the pandemic and beyond.

I want peace, but peace without justice is just oppression. That is not what we want. We will fight for what is right and I firmly believe that today or tomorrow (tarde o temprano) the people will win. The old guard is seen taking their last weak stance defending what is broken in Calexico. No mas, we are more, and the people will win. Sooner or later. Hopefully soon, I mean we are in a crisis after all.