CALEXICO — The following reports were collected from the Calexico Police Department call logs from Feb. 18 through Feb. 25.

5:47 p.m.: A police officer checking out a group of suspicious individuals gathered in a parking lot at the corner of Third Street and Paulin Avenue caught a suspect in the act of injecting himself with a substance suspected to be heroin. As the officer approached, the suspect, later identified as Ivan Herrera, reportedly threw the syringe behind a nearby ledge. Herrera told the officer that he is a habitual heroin user and uses the drug to ease pain in his left leg caused by working in the fields all day. Herrera was arrested on suspicion of possessing a controlled substance and was released on a promise to appear in court at a future date.

5:04 p.m.: Police responded to the CVS Pharmacy on Second Street to investigate a motion alarm activation that happened the night before. The pharmacy manager told police that the alarm company had notified him earlier that morning that a motion detector had been tripped inside the building around 9 p.m. the previous night. After reviewing surveillance camera footage, police saw a Hispanic man dressed in all black break a vent duct and peek into the business. The man didn’t enter the business and nothing was reported stolen. Damages to the vent were estimated to be around $500.

1:40 p.m.: Mexicali resident contacted Calexico police at the department’s front counter to inform them that her teen daughter had been missing since the morning of Feb. 23. Meza stated that her daughter doesn’t have a cell phone and had blocked her family from her social media accounts. Meza also said that she had heard that her daughter was possibly en route to El Centro with a man. Police took a report.

12:05 p.m.: Police responded to a home on the 100 block of Temple Court after receiving a call from a female at the residence who requested help. Officers found a man and woman inside the residence and separated them for questioning. The female subject claimed that the male subject, identified as Martin Navarro, had grabbed her by the neck and choked her after a heated argument about her not coming home the previous evening. The female subject told officers that Navarro had been violent in the past and said that she had contacted police on about 10 prior occasions. Police noted redness and minor scratches on the female subject’s wrist but no visible injuries in the neck area. The female subject was offered medical assistance but refused. Navarro was arrested on suspicion of domestic violence and booked into Imperial County jail. When questioned, Navarro said that he had briefly grabbed the female subject by the shoulders to move her out of the way so he could walk past but denied choking her.

2:24 p.m.: An officer made contact with a subject on the 400 block of Fifth Street who he identified from previous encounters as Roberto Torres. After a records search showed an outstanding warrant for violation of a court order, Torres was issued a citation and promised to appear in court at a future date.

10:39 a.m.: Police conducted a traffic stop on the 100 block of East Third Street on a 2005 Dodge Magnum with illegally tinted windows. Officers made contact with two subjects inside the vehicle who appeared nervous. The subjects were ordered out of the vehicle and a pat down reportedly revealed methamphetamine hidden on both subjects, identified as Felipe Hernandez and Cuahtemoc Yanez. Officers also found a pipe with burnt residue under the driver’s seat of the vehicle. Hernandez admitted to smoking meth and was arrested on suspicion of possessing one gram of methamphetamine and for possession of drug paraphernalia. Yanez, who was found to be in possession of more than eight grams of methamphetamine, was arrested on a count of possession of a controlled substance for sale.

7:23 a.m.: Police responded to reports of a small utility trailer on fire on the 1000 block of Paulin Avenue. The responding officer found the trailer in an empty dirt lot, fully engulfed in flames. Police determined that the cause of the fire was arson and were advised by a passing motorist that they had seen a Hispanic male adult with a shaved and wearing a black tank top leaving the area northbound on Paulin Ave. Police contacted the owner of the trailer who estimated its value at $500. Police have no suspects and were not able to collect any physical evidence at the scene.

9:19 a.m.: A police officer spotted a subject identified as Pedro Jaurez pushing a shopping cart in the 100 block of Heber Avenue and contacted the subject in reference to the shopping cart. Jaurez told the officer that he didn’t have any weapons or contraband and consented to a search. The officer reportedly located a substance wrapped in a bindle in the shopping cart that Jaurez was pushing that later field tested positive for methamphetamine, according to the call logs. The total weight of the drugs was 9.3 grams. Jaurez was cited for possession of a controlled substance and released. The methamphetamine was booked into evidence at the Calexico Police Department.

12:01 p.m.: Officers responded to a reported assault and robbery on the corner of Seventh Street and Encinas Avenue. Arriving officers found an 80-year-old man at the scene who said that he was sitting on a bench when an unknown suspect hit him in the face with a closed fist, searched his pockets, and then stole his cane. Witnesses on the scene were able to help police locate the suspect a short distance away and identified her as the assailant. The woman, who was wearing a red, hooded sweatshirt and a backpack at the time of the attack, was later identified as Rosa Morales. The victim was able to pick Morales out of a lineup and she was arrested on counts of strong-arm robbery and booked into Imperial County jail.

7:40 p.m.: Police responded to an apartment on the 400 block of Fifth Street after receiving reports of a domestic violence incident in progress. An officer found a female subjecting standing in the hallway of the apartment complex with a visible injury to her left eyebrow with fresh blood. Inside the apartment, police found Roberto Salazar with a visible injury to his right eyebrow with fresh blood. Both parties reported that they had been arguing about relationship problems after Salazar locked the female subject out of her apartment and forced her to break in through a window. The female subject claimed that Salazar had punched her in the face, and she had defended herself by hitting him in the head with a beer bottle. The female subject has a restraining order against Salazar but told police that she allows him to live in her apartment. Salazar was arrested on suspicion of domestic violence and booked into Imperial County jail. Both subjects’ injuries were deemed minor. 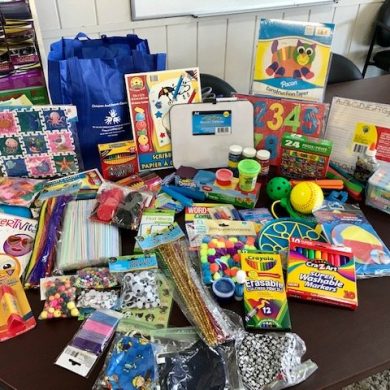