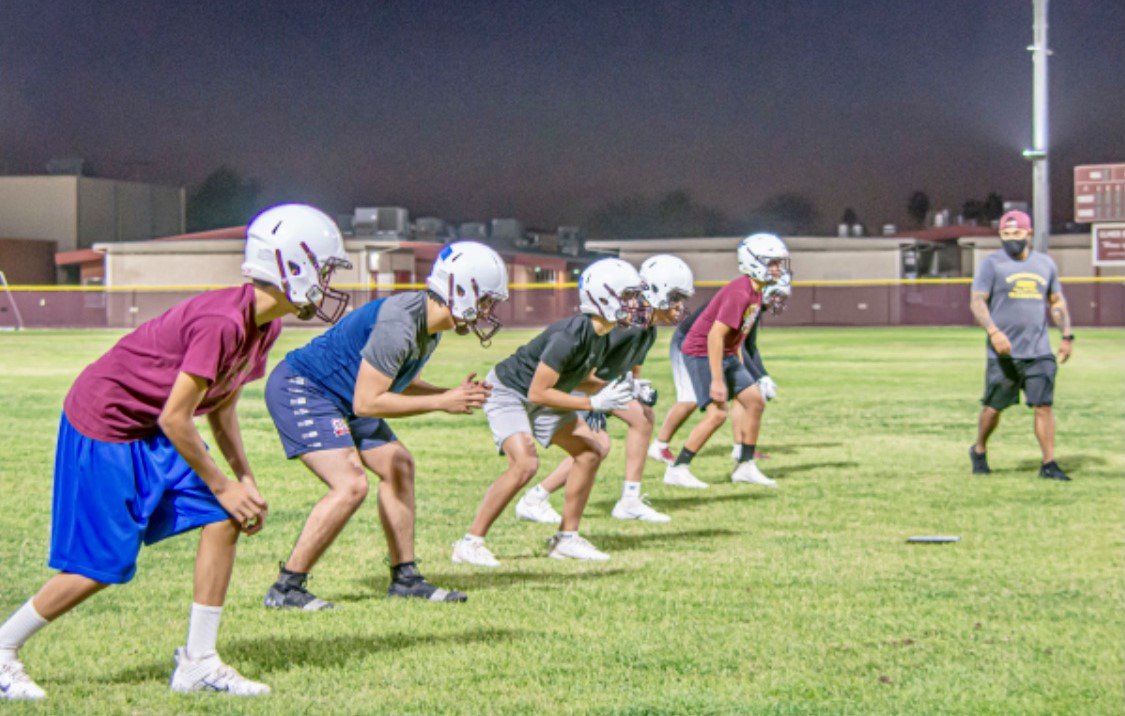 CALEXICO — It’s been more than a year since football was played at Calexico High School, but Friday, Feb. 26, brought back the familiar sound of shoulder pads cracking and conditioning drills beginning.

Thanks to new guidelines issued on Feb. 19 that moved football from the Orange Tier to the Red and Purple tiers, practice was able to begin in Imperial County on Friday as the county’s COVID-19 numbers dropped below the parameter of 14-per-100,000 residents. Imperial County sat at 6.56 new cases per day per 100,000 as of Friday, Feb. 26.

At Calexico High School, the Bulldogs opened practice Friday evening with first-year coach Fernando Solano. It’s a tough situation for the new coach to assume the reins during a COVID-modified season.

“With having no time to prepare for a season or having an offseason, our main focus will be building a strong foundation that focuses on fundamentals,” Solano said. “I am excited for our seniors. They are getting an opportunity to compete and play for their teammates before graduating.”

“We had 27 players out tonight, and we know 10 more are coming, so we are in good shape,” Wong said. “They were all pretty excited and energetic tonight. It was the first time they’ve all seen each other in a while so the attitude was really good.”

“The weather is the biggest change. Our contact drills will be different and the bond as a team will change because of social distancing,” Torres said. “It feels great being together again, especially because it’s my senior season and getting to see everyone and playing with them one more time.”

Due to regulations regarding the 2021-22 school year and football season, this current football season will have to be completed by April 17, according to CIF-San Diego Section.

Weekly COVID-testing requirements will be put in place for football players and coaches. Gov. Gavin Newsom announced last week that the state will pay for the cost associated with regular testing of high school athletes.

“Players are excited about the opportunity, even if the season is modified,” Solano said. “They are especially enthusiastic about being out on the field with their teammates.”

For Vincent Memorial, Wong saw most of the returning players he was expecting and was encouraged by some freshman who showed up for conditioning practice.

“They were all ready to go,” Wong said. “It’s like they’d been in the house too long and had all this energy. It was good to see that.”

The first opportunity for games is March 12. As long as teams have completed 10 practices, they will be allowed a competitive scrimmage. Once a team has 14 practices, actual games can be contested. Some teams will be practicing twice a day to get the required number of practices in. However, two-a-day practices are not allowed on back-to-back days.

In Holtville, the Vikings football team was the first Imperial Valley squad to take the field on Friday morning, and fourth-year coach Jason Turner said it was a bit of an awkward feeling when arriving on campus.

“It was awkward and emotional all at the same time,” Turner said. “A lot of the guys hadn’t been on campus in a year, but once we all got there and went through the protocols a lot of the uneasiness seemed to go away.” 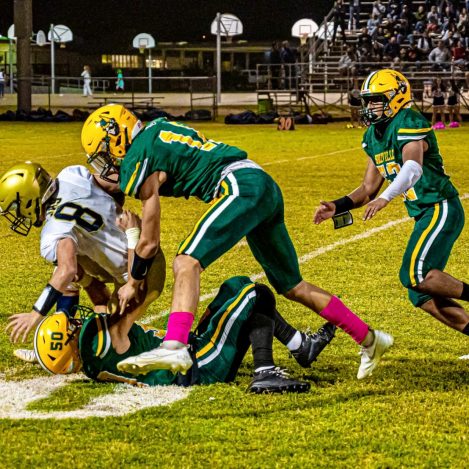