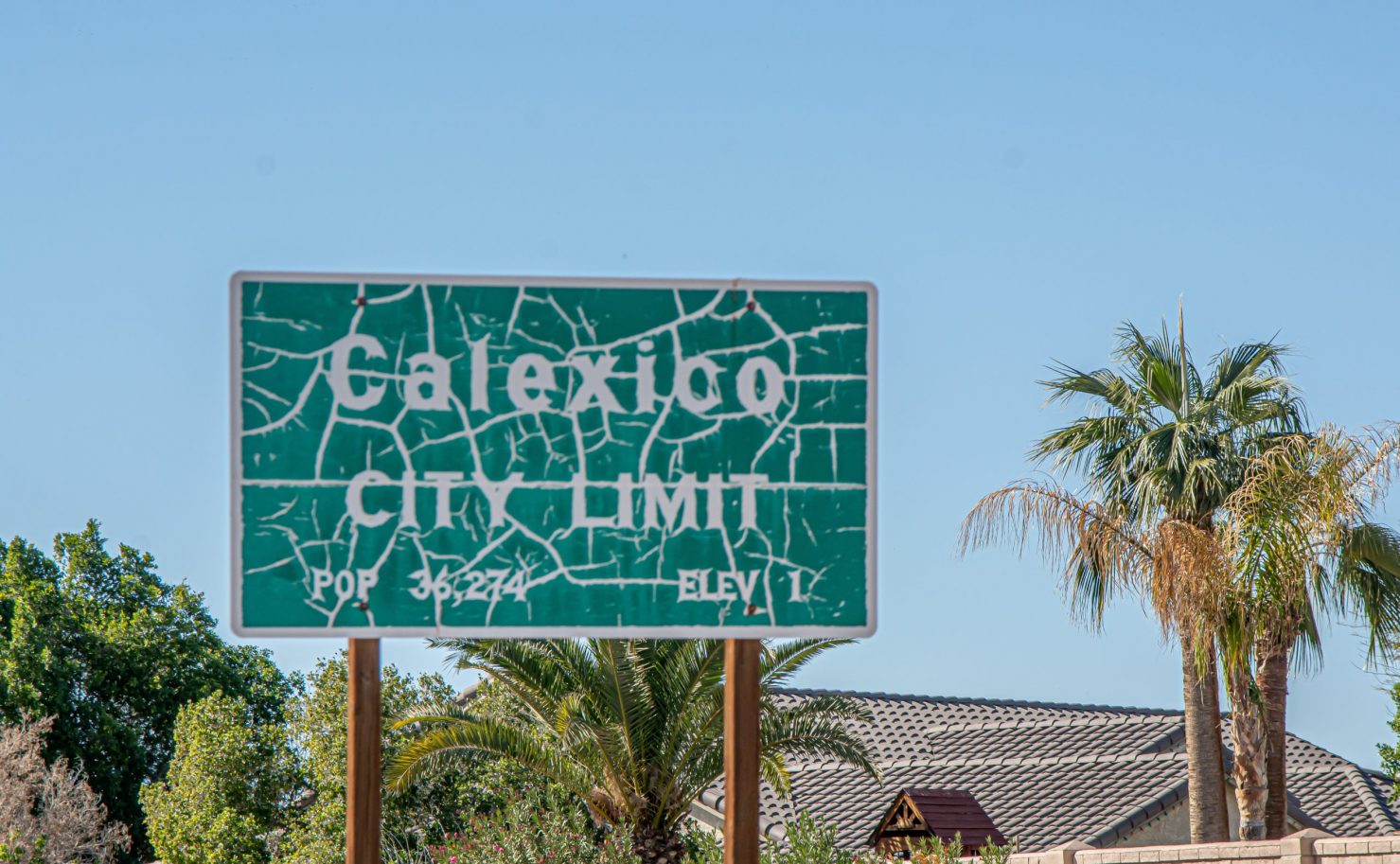 A faded and cracked Calexico city limit sign is shown from the side of Highway 98 near Meadows Road on the east side of town. | CALEXICO CHRONICLE PHOTO
Home
Local News
In Local News

CALEXICO — A deeply divided Calexico City Council, where recent meetings have devolved to public bickering and diverging agendas, appears to be causing growing discontent among some city staff.

During the council meeting of Feb. 17, coming before an agenda of big decisions and big discussions, one of the more surprising developments occurred during public comment, when an anonymous 600-plus-word letter claiming to be written by a group of veteran city employees fearing retaliation was read into the record by City Clerk Gabriela Garcia.

The letter took to task council members Raul Ureña and Gloria Romo, who have comprised one side of the divided council often at odds on many decisions of late, for what the letter termed their “embarrassing” behavior during meetings and for their continued pushing of issues that the letter stated do not align with the interest of many Calexico residents.

“We have been through many City Councils, City Managers, City Department Heads, and Supervisors. We thought we had seen the last in the City Council’s embarrassing behavior back in the 2013-2018 years. With this new and diverse City Council in the history of Calexico, you have proved so far … to being the worst,” according to letter.

After the letter was read, the room fell silent, with neither Ureña or Romo defending themselves, and none of the other council members — Mayor Rosie Fernandez and council members Javier Moreno and Camilo Garcia, all of whom were named and addressed in the letter — offering any rebuttal.

The letter can be heard on the corresponding recorded council meeting video on the city’s website and Facebook page and can be read in its entirety here.

On Friday, Feb. 19, a veteran city employee who asked not to be named contacted the Calexico Chronicle to share the letter and explain why they and 11 other employees with “nearly 300 years together” of cumulative city employment decided to write the missive.

“The two new City Council members have valid points, but they’re doing it all wrong,” the employee said, who did share their identity with the Chronicle to assure their legitimacy.

Regarding Ureña, the employee said the group of 12 think he has brought some good ideas to the forefront and that he might be well-intentioned, but that his agenda is the agenda of only “5 to 10 percent” of the citizens of Calexico, referring to the overattentiveness to establishing temporary and permanent encampments throughout a city that more residents want to see cleaned up rather than dulled down.

The employees also commented on Ureña’s continued public denigration of Fernandez and his recent statements calling fellow council member Garcia “racist,” to which Ureña did apologize at the Feb. 17 meeting during his member comments.

Toward Romo, the employee said she was more concerned with “vendettas” and “personal agendas,” and the 12 employees found it particularly incensing that she does not make any real effort to better her grasp of English after so many years on public boards.

While the employee said the group was mostly critical of Romo and Ureña, there were things about all the council members that cause concern.

The employee said that as city staff has gotten smaller over the years to save money and keep the city solvent, those who remain have grown weary. “We give 110 percent; we’re tired,” the worker said.

As council members Romo and Ureña continue to be the public faces of the effort to establish more permanent encampments in the city, which received more public coverage on Tuesday, Feb. 23, when they invited the media to report on a visit from Mexican consul in Calexico Tarcisio Navarrete Montes de Oca, the final passage of the Feb. 17 letter applies.

“Mr. Ureña, fix Calexico first, then take on Immigration and Open Borders Issues. If you polled ALL the citizens of Calexico, you would find out that less than 15 percent of them want open borders. We have more to say about you, but we do not want to prolong the meeting and show up to work tomorrow tired from watching your show,” the letter states, referring to several consecutive marathon meetings.

“P.S., It is evident that Ms. Romo and Mr. Ureña are not united with the rest of the Council. You both remind us of the Armando Real, Joong Kim, and Luis Castro days.” 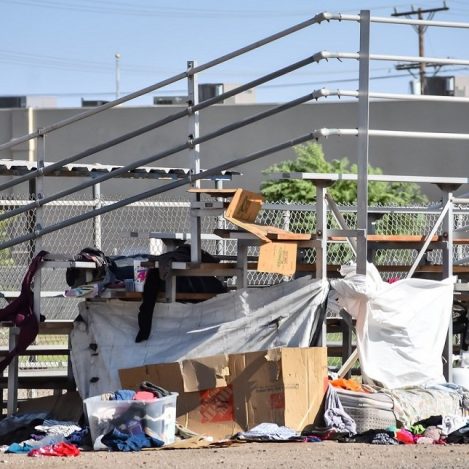