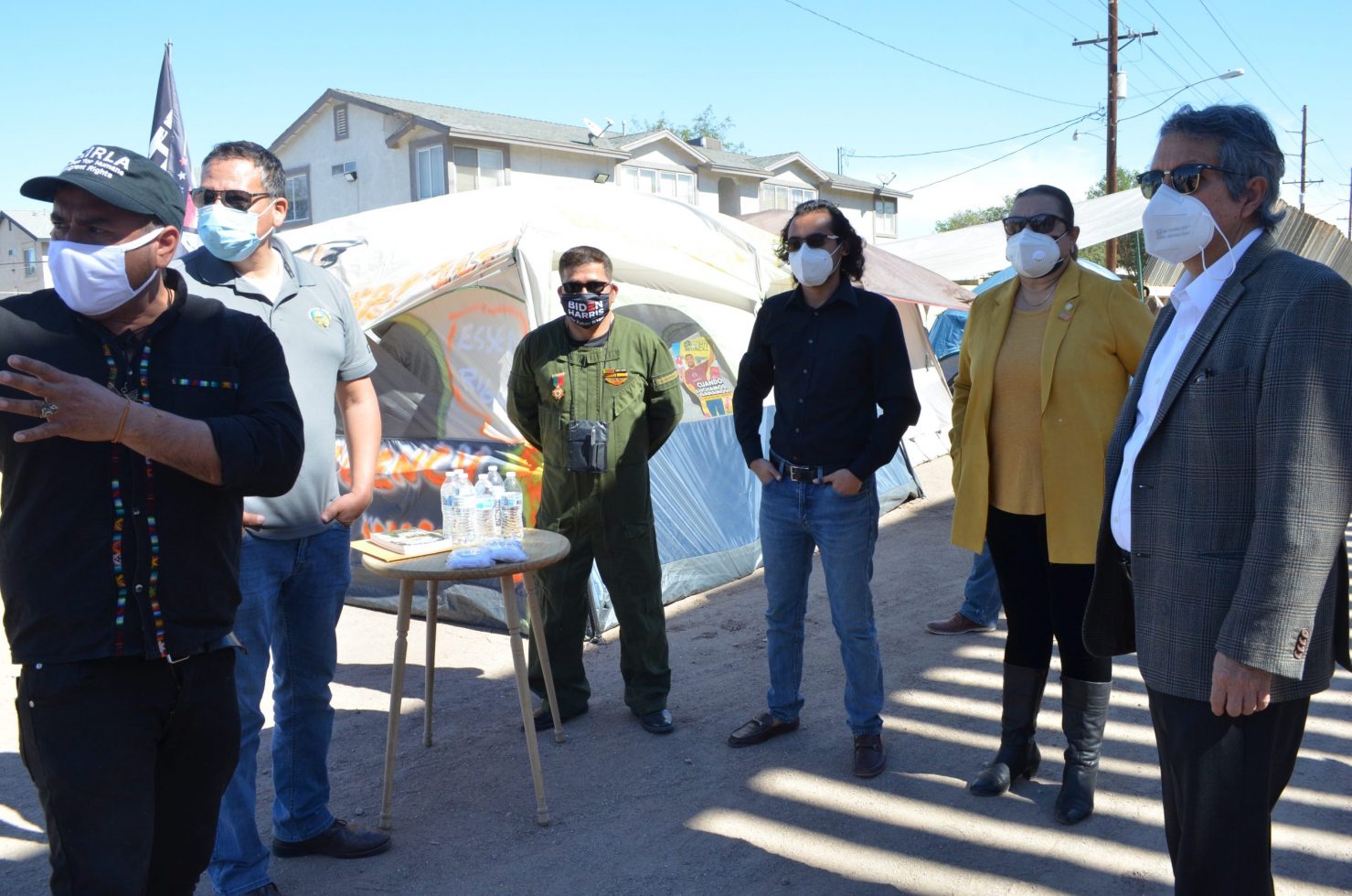 CALEXICO — A pair of City Council members who have been advocating for additional public and private resources for homeless farmworkers appear to have found a potential ally in the Mexican consulate in Calexico.

After listening to both Ureña and Romo, as well as a few other local immigrant and social justice activists, about the ongoing humanitarian effort, Navarrete assured them that his office stands ready to assist however it can.

Toward that end, Navarrete said that he intends to host another meeting with Ureña, Romo, and farmworker advocates in the coming days to gather further information and determine a potential path forward.

Navarrete said he was especially interested in the two council members’ proposal to potentially use several travel trailers that belong to the city to temporarily house the farmworkers who are currently residing at the encampment.

“The purpose (of the meeting) will be to see how we might be able to advance the proposal,” Navarrete said in Spanish.

The existing encampment is made up of about a dozen tents and is located on city property adjacent to the border barrier and just east of the intersection of Andrade Avenue and First Street.

The camp was initially established on Jan. 25 by Hugo Castro, a local organizer for the Coalition for Humane Immigrant Rights. Castro previously said he wanted to assist farmworkers from Mexicali who often sleep outside overnight in Calexico to avoid prolonged border wait times and having to spend hours milling about on city streets as they wait for their workday to begin.

Following their informal discussion at the encampment, those present agreed that advocates should immediately focus on short-term goals and seek the assistance of stakeholders who bear some responsibility for the farmworkers’ plight.

Some of those responsible parties would include the governments of the United States, Mexico, and California, as well as the agricultural industry, said Luis Olmedo, executive director of Comite Civico del Valle, a local environmental justice organization that advocates for farmworker justice, too.

Specifically, the lawmakers and the agricultural industry need to invest in infrastructure and services that could assist farmworkers, who have now been widely recognized as essential workers during the COVID-19 pandemic, but whose basic needs have long been neglected, he said.

As a result of that negligence, Olmedo said, the city of Calexico has largely borne the costs associated with the daily surge of farmworkers who cross from Mexicali, which as of late has been an increase in public urination and defecation following the closure of public restrooms in the downtown area.

“The investment isn’t there,” Olmedo told Navarrete. “The poor are paying for the rich.”

Yet, getting the government of Mexico to allocate additional funds to assist farmworkers who live along the international border and cross daily into the U.S. for work may prove challenging, because the government has less money at its disposal these days, Navarrete said.

The proposal to establish an enlarged encampment using the city-owned travel trailers will likely take a few years to materialize, Ureña said. In the meantime, advocates should focus their efforts on obtaining portable restrooms and showers for the farmworkers who make use of the existing encampment.

“This is the time when we need the most help,” Ureña said.

Additionally, he said he would like to see the city of Calexico pursue farmworker housing initiatives like those that are being developed in the cities of Holtville and Imperial, where apartment developers have applied for funding tied to farmworker residency requirements.

Prior to Navarrete’s arrival at the encampment, Francisco Torres, who is employed with the consulate’s protection department, listened to the local advocates’ concerns and proposed solutions.

Councilwoman Romo advised Torres that it was an absolute shame that in all the years that the thousands of farmworkers have been crossing from Mexicali to work stateside, no attempt has been made to establish a facility that could serve as a pickup and drop-off location for farm-labor contractors, while also allowing workers to use the restroom or rest.

“There hasn’t been any coordination,” Romo said. “It’s incredible.”

Aside from informing the consular officials of the challenges that local farmworker advocates have encountered while attempting to assist the essential workers, they also shared some of their recent successes.

One such success involved the distribution, on both sides of the border, of personal protective equipment to farmworkers. That initiative was undertaken by Salud Sin Fronteras, a coalition of community-based organizations whose members were collectively disappointed that no other public or private entity was making such an effort, Olmedo said.

Although the Imperial County Agricultural Commissioner’s Office has reported in the past that thousands of masks have been distributed to farming operations in the Valley for the use of farmworkers.

Meanwhile, about a dozen farmworkers have been utilizing the encampment’s tents in recent days.

Mexicali resident and farmworker Alejandro Cazares Flores said he has been sleeping at the site for about the past 12 days, ever since his permanent residence card was reportedly confiscated by U.S. Customs and Border Protection after being cited and released at the port of entry for an alleged drug-related offense.

During that time, he said he has become the site’s de facto caretaker.

But he is also hoping the local consulate office can help him obtain his Mexican passport so that he can return to Mexicali as soon as possible to attend to some pressing family matters. 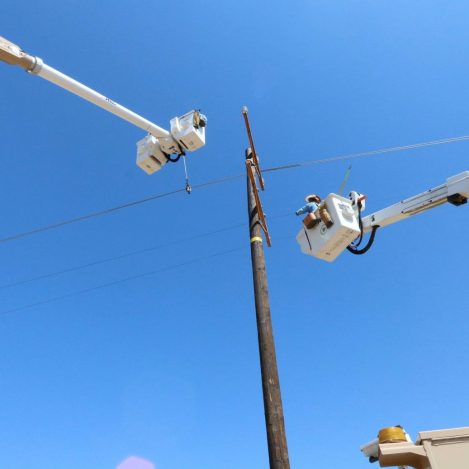