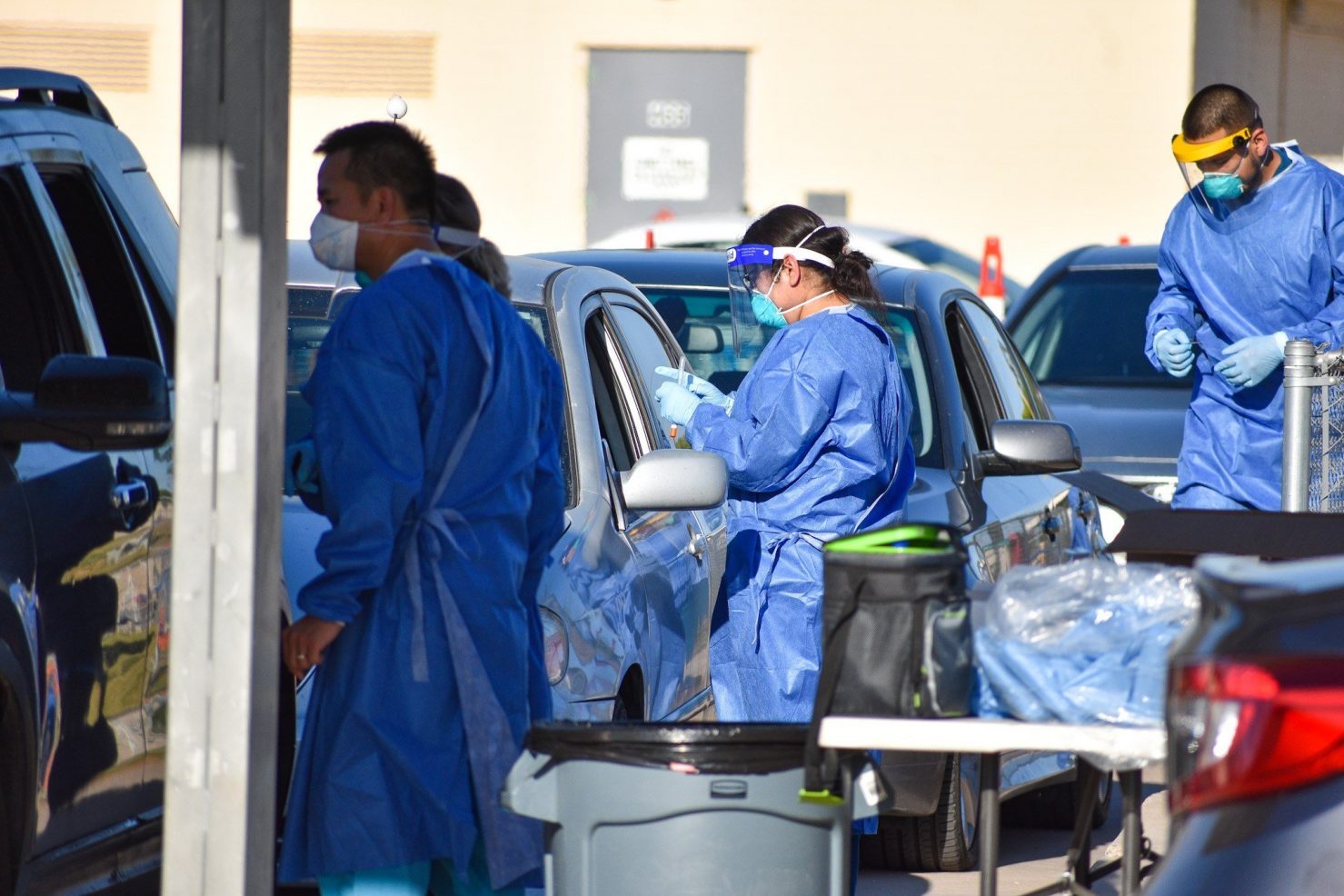 Dr. Tien Tan Vo and his staff conduct screenings and give COVID-19 swab tests during a drive-through testing clinic in Turning Point Ministry's parking lot on Cedar Avenue in Holtville on the evening of April 28, 2020. Vo’s Neighborhood Medical Clinic recently received a $208,168 grant from the Heffernan Memorial Healthcare District in Calexico to provide free health services to more than 600 uninsured patients in Calexico for the next six months. | FILE PHOTO
Home
COVID-19
In COVID-19Featured StoriesLocal News

CALEXICO — Nearly $318,000 in grants for health and wellness programs directed toward Calexico residents impacted by the COVID crisis, including more than $208,000 for Dr. Tien Vo’s clinic, were awarded recently by the Heffernan Memorial Healthcare District board.

Three of six applicants sought funding from the district, which receives annual property-tax allotments from Calexico property owners to provide medical services for those living in the district’s boundaries. The awards were made during a district board meeting on Feb. 10.

The largest of the three awards went to Vo Neighborhood Medical Clinic, which announced its partnership with Heffernan in a press release on Friday, Feb. 12, proclaiming that more than 600 uninsured patients in Calexico would receive free health services through the partnership for the next six months. That amount was $208,168.

Heffernan officials contacted on Wednesday morning, Feb. 17, were not available to comment by deadline. A press release announcing the grant awards was sent out late Tuesday night, Feb. 16.

Other grants awarded were $75,000 to pediatrician Dr. Luz Tristan’s Fit and Healthy Center, also known as “Heffernan Wellness 4 Kids,” to provide online nutrition and exercise programs for 100 children and their parents to manage body weight and combat obesity through Tristan’s nonprofit organization, according to the district’s press release and the grant proposal.

The third and final award was for $34,560 to Rosa’s Plane Food, whose co-owner and public face is Rosa Maria Barajas, for a “Healthy Home Delivery Meals” program that will provide five meals per week to 47 seniors “in need of this meal program due to COVID-19,” according to the district release. The grant proposal was signed by Vivian Sanchez of Rosa’s Plane Food Inc.

All services were to be provided through June 30, the release states, but no other specific information is included about the programs or what exactly they will provide beyond a one-line thumbnail sketch.

The Calexico Chronicle requested copies of all six grant proposals from district spokesperson Tony Pimentel on Sunday, Feb. 14, but did not receive a response until late Tuesday night, Feb. 16, a response that did not include the any of the proposals, only the press release.

A document request was made to the district counsel, Calexico attorney Eduardo Rivera, on Wednesday morning, Feb. 17. He responded shortly after noon, providing the five (not six) grant proposals submitted to the district.

One of the two proposals that did not make the cut was a request for $47,340 by ProActive-Health Inc. to launch a series of taped and live television programming on stations serving the Imperial and Mexicali valleys with medical and health information from doctors and medical professionals from both regions.

The other unsuccessful grant application was for $15,000 from the Ontario-based Hosanna International Festivals Foundation for a series of online workshops aimed at psychological and emotional well-being.

According to the press release issued by Vo Family Neighborhood Medical Clinic on Feb. 12, the six-month program will cover the uninsured of all ages for COVID-19 mobile testing and treatment, COVID vaccines and follow-up, mobile screening for health and wellness checks, mobile lab services for COVID-related testing and screening, and screenings and follow-up services for a number of other conditions including obesity, high blood pressure, cholesterol, diabetes, asthma, and chronic obstructive pulmonary disease.

It should be noted that Vo Neighborhood Medical Clinic does not have COVID vaccine at any of its clinics in the Imperial Valley, according to someone answering the general clinic number on Feb. 17. The person answering the phone said vaccine might be coming in next week, but that registration is necessary and there is a waiting list.

The Vo press release does not say what level of treatment for the uninsured will be offered specifically. However, among the list of services, the final line states: there will be “referrals for acute healthcare attention with medical professionals.”

According to the breakdown of costs in Vo’s application, Heffernan is funding the grant proposal at a formula equal to $260 per patient seen for 600 patients, equaling $156,000. That cost includes lab work, x-rays, electrocardiograms, and flu treatments, if needed.

It wasn’t entirely clear where the $52,168 that makes up the rest of the grant award is being used, according to the application.

The Vo release also states the only requirement to take advantage of the services offered is to be a Calexico resident and that “no questions will be asked regarding their immigration status.” The phone numbers to the clinic are 760-352-2551 (English) and 442-283-0198 (Spanish).

The Heffernan district is currently in the midst of a $2.2 million modernization and renovation of a building the district owns on Mary Avenue. Heffernan pulls in about $800,000 a year in property-tax allotments, according to previous reports.

In its press release announcing the recent grant awards, the district announced it would be taking a new request for grant proposals in mid-March for fiscal 2021-2022, which starts July 1. 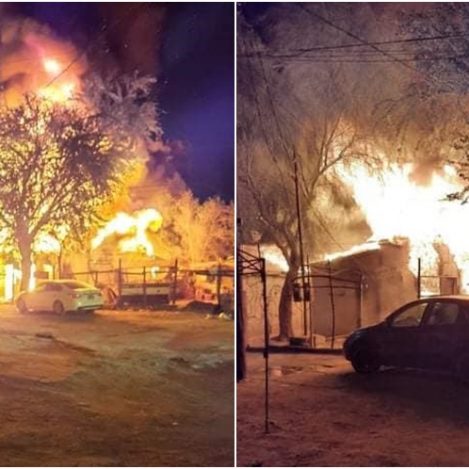