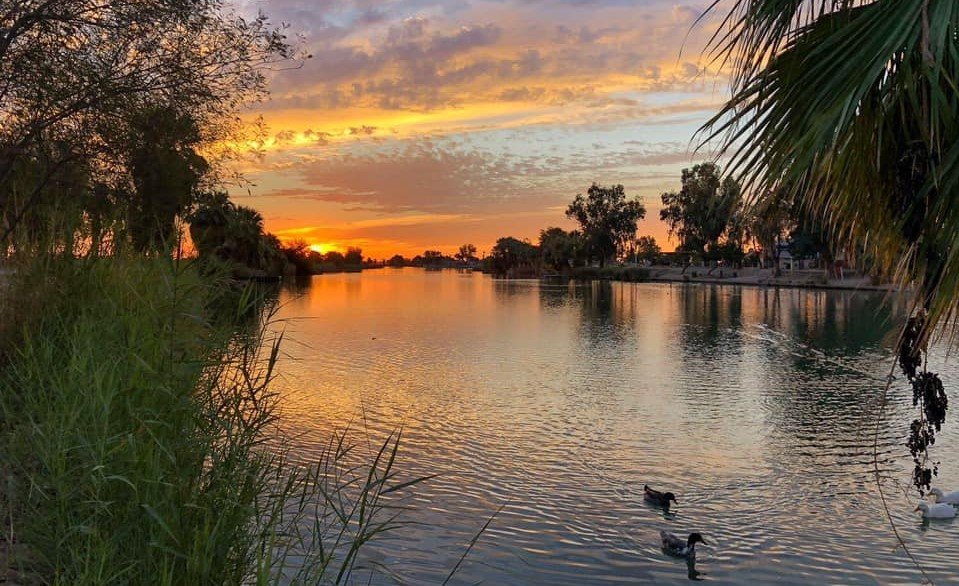 Sunbeam Lake is shown at sunset in a picturesque scene from a few years ago by photographer Dennis Logue. On Saturday, Feb. 20, high school sports will return to competition for the first time in 11 months since the COVID-19 pandemic began when Imperial County cross-country teams gather for a dual meet hosted by Southwest High School in El Centro. | PHOTO COURTESY OF SUNBEAM LAKE RV RESORT
Home
Sports
In Sports

High school athletes will get their first chance to compete in more than 11 months when the first cross-country meets are held on Saturday, Feb. 20, at Sunbeam Lake Park near Seeley.

Athletics came to a grinding halt in March 2020 when COVID-19 sent schools to an online-learning module. With all Imperial Valley high schools still in virtual classrooms, sports have been given the green light to resume in a heavily altered form.

Cross country is the first to get back to competition, and it was decided among the local schools and Imperial County Public Health Department to conduct all dual meets on Tuesdays and Saturdays at Sunbeam Lake Park with staggered start times.

On Saturday, Brawley Union will run against Calexico at 8 a.m., followed by Central Union against Southwest at 9:30 a.m., and Holtville against Palo Verde of Blythe at 11 a.m. Imperial’s cross-country team has a bye on Feb. 20.

Along with the staggered start times, other protocols will be in place at the park to prevent the possible spread of COVID.

The normal course used at Sunbeam Lake is being widened to give runners more room to pass and the schools are being given a maximum of 10 boys and 10 girls to bring to the event. There will be no junior varsity events planned.

“We are excited,” said Ruben Valenzuela, Southwest High’s athletic director. “It’s going to be good to have some sports going on and get the kids competing again.”

Southwest will be the official host of the dual meets with the Eagles’ coaching staff handling the timing system for all the races on Tuesdays and Saturdays.

Both Johnston and Valenzuela said the protocols will be evaluated on a weekly basis and adjusted as needed after consultation with the county health department and CIF-San Diego Section.

On Saturday, spectators will not be allowed for the cross-country meets, but Valenzuela said they will be working with the county health department to devise a plan to space spectators out along the 3.1-mile course.

On Feb. 27, the cross-country dual meets have Southwest against Brawley at 8 a.m., followed by Calexico against Central at 9:30 a.m., and Holtville against Imperial at 11 a.m., all at Sunbeam Lake.

The first Tuesday races are set for March 2. Central will travel to Blythe to take on Palo Verde, with Imperial running against Calexico at 3 p.m. at Sunbeam Lake, and Holtville going against Southwest at 4:30 p.m. at Sunbeam. 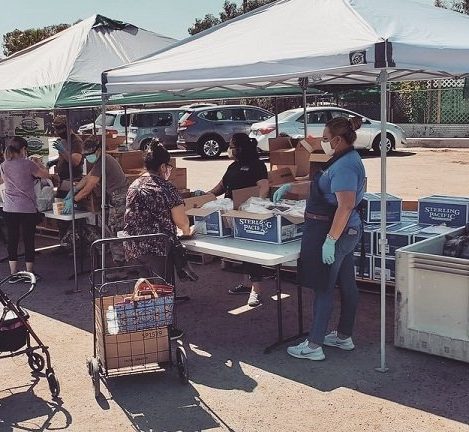