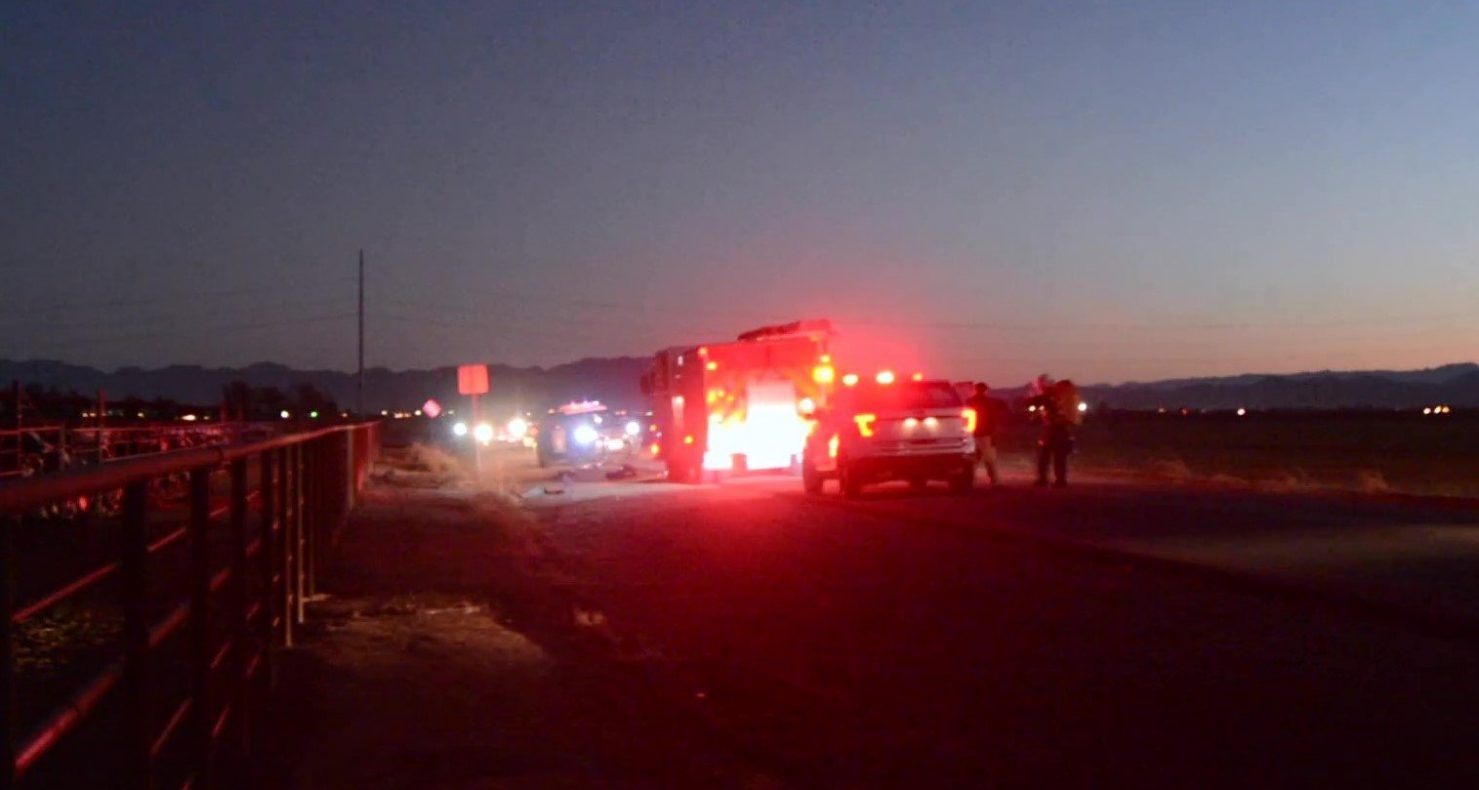 First responders from various law enforcement agencies gather at the scene of a hit-and-run accident involving a 27-year-old Calexico bicyclist who was struck near the El Toro Land & Cattle Co. feedlots on Ware Road south of Fawcett Road south of Heber on Friday evening, Feb. 12. The bicyclist suffered blunt-force trauma injuries and had to be airlifted to a Palm Springs hospital. | IV LAW AND FIRE PHOTOS VIDEO SCREEN CAPTURE
Home
Local News
In Local NewsPublic Safety

CALEXICO — A suspect has come forward in one of two separate felony hit-and-run accidents just hours and miles apart that left a pair of men hospitalized on Friday night, Feb. 12, according to authorities.

As of Saturday evening, Feb. 13, the suspect, an El Centro woman, had not been arrested for the hit and run, and a driver in the other incident had yet to be identified, investigating California Highway Patrol Officer Cuauhtémoc Beltran stated.

“The driver contacted us last night. She said she was scared and didn’t know what she hit,” Beltran stated Saturday afternoon.

In that incident, the second of that evening, a 32-year-old Yuma man was walking south on Clark Road north of Highway 98 about 8:30 p.m. when the woman struck him, according to Beltran’s report.

A REACH helicopter was called to the scene about three miles west of Calexico and transported the man to the trauma unit at Desert Regional Medical Center in Palm Springs, where he was treated for what were described as major blunt-force trauma injuries. His condition was not available Feb. 13.

In the second hit-and-run, just before 5:30 p.m. Feb. 12, a 27-year-old Calexico bicyclist was struck while riding north of Ware Road south of Fawcett Road in the southern end of Heber, near the feedlots of El Toro Land & Cattle Co.

Imperial County Fire Department crews arrived to render aid, according to a photojournalist at the scene, who added a Mercy Air helicopter landed near the scene to transport the victim.

The bicyclist was flown to Desert Regional, also for treatment of blunt-force trauma, according to Beltran.

A “BOLO,” or a law enforcement-issued advisory to be on the lookout, was issued for a suspect vehicle with no description other than it had front-end damage and was missing a headlamp, the photojournalist reported. The BOLO went out to Calexico and El Centro police departments and Imperial County Sheriff’s Department, he added.

Highway Patrol was hoping that surveillance video and the vehicle parts left at the scene will help catch the suspect driver.

Beltran said video at nearby homes and at El Toro Land & Cattle will be reviewed. Meanwhile, he was attempting to use the pieces of the vehicle to pull a model number to “identify the vehicle and potentially the registered owner,” he stated.

A condition of the bicyclist also was not available Feb. 13.

Both accidents remained under investigation, according to Highway Patrol. 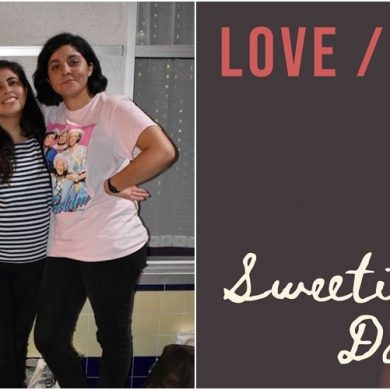