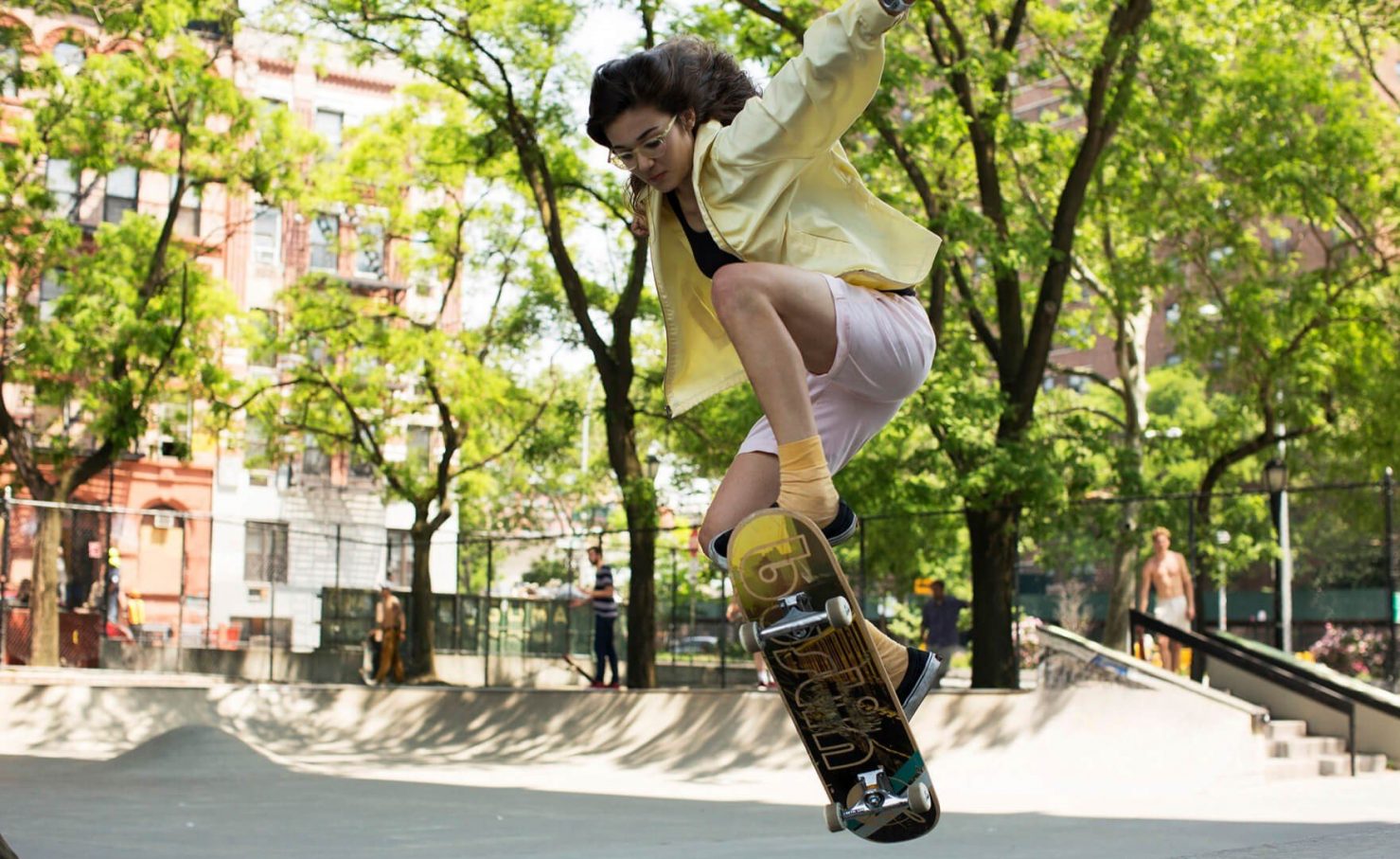 Rachelle Vinberg (credited as Rachelle Martinez) performs a trick at a what is presumably a New York City skatepark in a scene from the 2016 short film “Miu Miu Women’s Tales #12: That One Day” by Crystal Moselle. | COURTESY PHOTO
Home
Opinion
In Opinion

(Editor’s note: This is a new column reviewing films that can be found on the various online steaming services now available.)

This is a disaster. Heaven forbid you meditate and accidentally fall asleep — again.

I’m dealing with uninvited plus ones, coffee spills, and my high school government teacher scarfing down salami from the pre-packaged party trays.

Nobody seems particularly sociable tonight. Sporting their Tom Wolfe-like suits and corduroy dresses, the guests walk around mumbling to themselves.

As I politely excuse myself to scream into the abyss (“Damn you, REM sleep!”), an uninvited attendee nudges me: “Is that who I think it is?”

A hush falls over the room. Bill Murray, wearing a Garfield t-shirt (in my dream, he doesn’t regret making it), struts into the formal dining room and grabs the microphone (that somebody casually had on them). He goes straight into “Danke Schoen.” The ice shatters into a million pieces.

The sad-looking appetizers transform into Ina Garten-approved charcuterie boards. Guests are wearing things like jeans and asking things like “How are you?”

This is it. Of all the people, in all the cocktail parties, in all the world, he walks into mine. Ol’ Blue Eyes himself (sorry, Frank) sits down and has no choice but to listen to my faves (he cringes at the term “faves”).

So, it’s going to be one of those awards seasons. The Spike Lee Joint follows four African American veterans, who return to and reunite in Vietnam to retrieve what they believe is rightfully deserved — and long overdue: gold and “Stormin’ Norman’s” (the late Chadwick Boseman) remains. From “Apocalypse Now” homages to a three-minute opening montage of 1960s footage, Lee toes the line between the real and the reel, emphasizing that the wars aren’t over — Vietnam and freedom. Look no further than every single scene Delroy Lindo graces us with as a disturbed, conflicted veteran to understand why his Golden Globes snub was downright wrong. His performance is a masterclass in acting.

From the 12th “Miu Miu Women’s Tale,” Skate Kitchen and Betty were born. The short film captures Rachelle’s (Rachelle Vinberg, credited as Rachelle Martinez in the film) wonderland-esque day at the skatepark, showing up male skateboarders and skating with her dream female tribe. Also, notable, Moselle introduces us to her frequent collaborators and repertory-players cast: Vinberg, Moonbear, Dede Lovelace, Ajani Russell, and Nina Moran. When the betties perform tricks in their Miu Miu ensembles, chills. Literal chills. Every time I watch this, I want to try skateboarding, but I know gravity has different plans for me.

… Or Kafka-esque, since arguably no one really knows the definition or meaning of either. This award-winning documentary highlights four Texas high schoolers, vying for coveted seats in the Federalist and Nationalist parties at a week-long session dedicated to government education. Chaos (naturally) ensues. The unintentional genre-blending is just … wow. Comedy, melodrama, and horror — you can be the judge of the latter. It’s Texas, so gun rights, abortion, and Prius drivers are hot-button issues — for 17-year-old boys. Now, where is “Girls State”?

Watching this film is the cultural equivalent of raising your pinky finger and drinking something unaffordable. Whit Stillman’s directorial debut follows young Manhattan socialites (think well-spoken, less-fashionable Chuck Basses and Blair Waldorfs), who attend winter debutante balls and dive into uncalled-for monologues (that we enjoy anyway) while playing bridge and smoking cigarettes. The “urban haute bourgeoisie” adopt critical outsider-type Tom Townsend (Edward Clements), who struggles to understand or adjust to their lifestyle. Despite their superficiality, the yuppies are likable (it’s called exceptional dialogue). Put it this way: when Nick (Chris Eigeman) proclaims that “the cha cha is no more ridiculous than life itself,” I didn’t want to punch him.

“Dude, I recommended that to you years ago!”

Face masks, yoga, and Miyazaki films. That’s what I call self-care. In the Studio Ghibli tour de force, Chihiro is left to fend for herself in an unfamiliar world of spirits, monsters, and steam baths after her parents are turned into pigs, working under the witch Yubaba to return to normalcy. Simply put, after 20 years, the anime holds up as the apex of animation and arguably, pure craftsmanship: intricately designed (hand-drawn!) frames, well-paced storytelling, satisfying character arcs, etc. Prepare to be blown away.

I look up. Bill’s gone. He didn’t even have the courtesy to whisper, “No one will ever believe you.” To add insult to injury, he only provided me with the first four digits of his automated phone line … 1-800.

Man, you got to love him.

Miranda Montenegro is an El Centro resident, a graduate of Southwest High School, and a March 2020 graduate of University of California Los Angeles with a Bachelor of Arts degree in English and concentration in Film, Television and Digital Media. Montenegro, who has interned at Sony Pictures Entertainment, Montecito Picture Company/Ghost Corps Inc., and Focus TV Network, has written and directed a couple of short films and is currently applying to graduate film school. 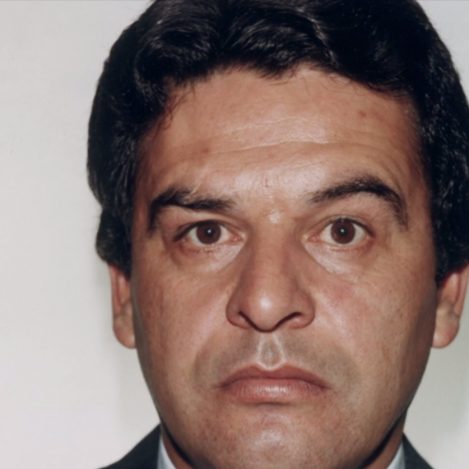 Felon Tied to ‘Kiki’ Camarena’s Murder Sent Back to Mexico