Just 12 minutes into the Feb. 3 Calexico City Council meeting, members of the council were bickering over the approval of the evening’s agenda, when council member Raul Ureña (left) took umbrage with his issue on transitional housing for the homeless and farmworkers not being on the agenda. Council member Camilo Garcia, who made a point to tell Ureña that discussion was about another issue, not what Ureña had brought up. Within that exchange, Ureña and Mayor Rosie Fernandez (center) lash out at each other. | VIDEO CAPTURES
Home
Local News
In Local News

CALEXICO — The long and short of it is, the Calexico City Council meeting of Feb. 3 was both long and short, to the detriment of doing all that evening’s planned city business.

At least the most critical business got done, though.

An agenda that had 16 action items, that is, those issues the council could have voted on and moved forward, was cut short due to yet another meeting that droned on, and on, and on …

The council moved into open session at 6:30 p.m., yet between presentations and what has become an increasingly lengthy period dedicated to what seems to be form-letter public comments and long-winded council member and committee reports — spiced with a dash or two of bickering among some policymakers on the dais — the meeting lumbered toward the action agenda around 9 p.m.

With a motion made and approved by the council to cut off proceedings at 9:30 p.m., Calexico City Manager Miguel Figueroa had to step in at one point and implore the council to continue past 9:30 to get time-sensitive business accomplished.

“We’re at 9:23 right now, and I understand that a motion was made to conclude the meeting at 9:30. It’s my responsibility as the city manager to convey to this governing body that there are other time-sensitive items on our agenda, so I would humbly request if this body could consider my request to at least address those time-sensitive items,” Figueroa said.

“… If this next portion of the agenda were to get pushed, for example, to our next regular meeting, I would lose two weeks of potentially being able to address some business matters that I have to entail with a couple of business entities that want to assist Calexico,” he added.

It wasn’t a particularly complex agenda before the council on Feb. 3, but there were some items that dealt with real estate negotiations, as the city was in the process of selling several surplus parcels near the end of the evening’s proceedings.

The first agenda item involved a total of 5.29 acres of industrially zoned land near Cesar Chavez Boulevard that is to be negotiated with an entity known as the Cesar Chavez Foundation.

The second item was to negotiate the sale of .63 acres of industrial property on Cesar Chavez Boulevard to UETA of California/Duty Free Americas.

In both cases, Figueroa said these are deals that had to comply with the California Surplus Land Act, that stipulated surplus city land must be made publicly available for 60 days in case an entity wants to establish affordable housing on that land.

With the parameters met, the city will now negotiate with both parties and possibly return to the council in 90 days with the potential to execute a sale.

Some of the items dropped from the Feb. 3 agenda due to the meeting going long were items 12 through 16. One was dropped at the start of the meeting, but the last four items were all the victims of verbosity — the appointment of some 15 community members to various boards and commissions by the council.

Among other city business accomplished earlier in the meeting, the City Council unanimously approved — for the second time — an application for funding and the execution of a grant agreement for $170,988 in state Community Development Block Grant Program funding through the federal Coronavirus Aid, Relief, and Economic Security Act for a utility-relief program for Calexico residents impacted by COVID-19.

In essence, it’s a program to provide residents up to three months of subsistence payment options and subsistence payment guidelines for help with electricity, gas, and water bill payments, according to a report to the council. Although the program is geared toward residents, it does appear that small businesses are eligible, too.

Levels of assistance are up to $700 for electricity bills, up to $300 for water bills, and up to $100 for natural gas, according to the report.

This resolution was actually approved once before in September, with applicants required to submit their requests for assistance by the end of September, as well. However, according to Figueroa, the resolution had to be done over at the direction of the state Department of Housing and Community Development.

Other items included the approval of a budget calendar for fiscal 2021-2022, which basically sets a timeline of budget workshops and hearings leading up to the passage of the July 1, 2021-June 30, 2022 budget. The first budget workshop with the City Council is slated for March 10.

The council also approved a contract for a development impact fee study to Willdan Financial Services in the amount of $57,000. The study would aid the city in establishing a new fee schedule for impacts for streets, drainage systems, and parks.

The cost to the city for the Willdan contract will only be $3,000, the fee for a Local Early Action Plan grant application that will cover the contract.

Ironically, another item removed from the agenda before the Feb. 3 meeting got underway was the first reading and preliminary approval of an ordinance limiting council member comments and reports to five minutes each.

The item was requested to be put on the agenda by Mayor Rosie Fernandez and Mayor Pro Tem Javier Moreno. 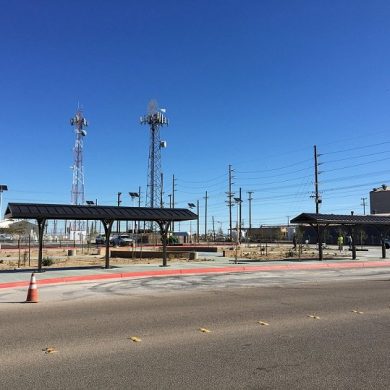