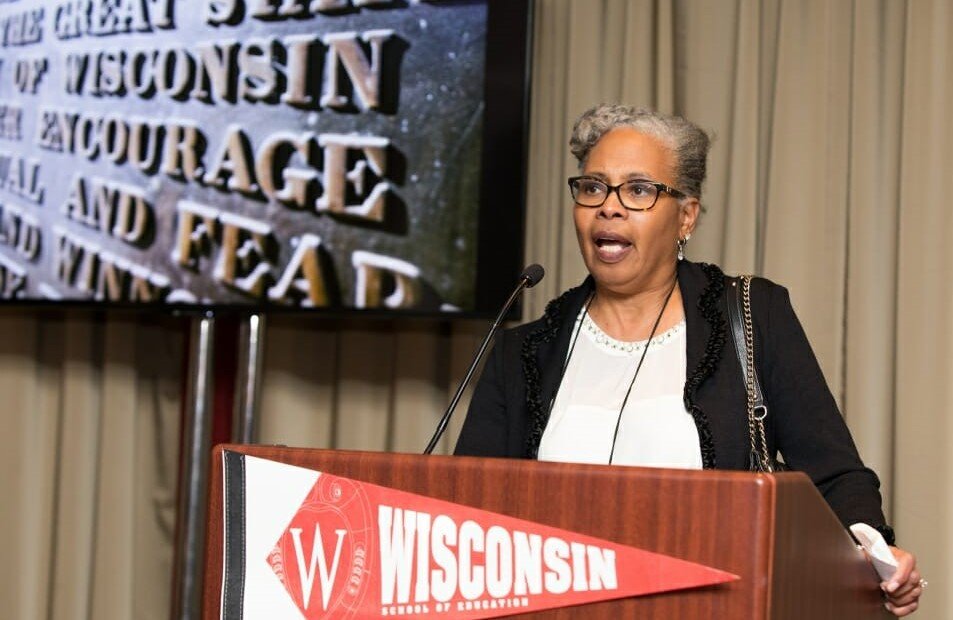 CALEXICO — To many Americans, the mob violence that descended on the U.S. Capitol on Jan. 6 was an unexpected aberration that did not reflect the nation’s democratic principles or the rule of law.

But in the estimation of Gloria Ladson-Billings, University of Wisconsin-Madison professor emeritus and renowned expert on race and education, the events were all too familiar.

For someone who has extensively researched African American history and the terrorism Blacks in this country have often been subjected to, the Jan. 6 insurrection bore the hallmarks of a violent act of white supremacy, she said.

Such outbreaks of violence are rooted in dangerous ideology and rhetoric and are defined by behaviors that embrace conspiracy theories and the glorification of the nation’s racist past, she added.

“It’s part of a pattern, it’s not an anomaly, it’s not something out of the blue,” Ladson-Billings said on Wednesday, Feb. 3. “This is what the historical facts suggests.”

Her remarks came during a virtual presentation called “We Told You This Would Happen: The Rise of Racial Terrorism.” Her lecture was part of a series hosted by San Diego State University-Imperial Valley’s Division of Education titled “Talking Race in the Borderlands,” which kicked off Feb. 3 with Ladson-Billings.

An adherent of critical race theory, which has at its focus the relationship between race, racism, and power, Ladson-Billings said it is important to speak honestly about the nation’s racist past even though many white people may get offended and consider it un-American.

Indeed, part of her lecture was devoted to highlighting some of the more notorious acts of violence that were directed at both African American individuals and communities since the nation’s founding.

Her list of notable incidents included the 1921 Tulsa Race Massacre, where racial animosity motivated a white mob to kill more than 100 Blacks and burn their homes, businesses, and churches in the Greenwood District of Tulsa, Oklahoma.

Ladson-Billings even drew a historical line between such overt and deadly acts of racism with other acts of rebellion by early American settlers, including Shay’s Rebellion of 1786 and the Whiskey Rebellion of 1794. Both of those deadly insurrections, she explained, were in direct response to government taxes that participants felt had placed an unfair financial burden on them.

At the same time, the incidents highlight the extreme measures white settlers took in opposition to government policies they felt were illegitimate. A similar kind of disregard can be observed in the successive generations of Americans who have not only opposed legislation aimed at empowering historically disenfranchised communities and individuals, but actively and violently denied those groups equal rights by enforcing compliance with a racial hierarchy that benefits whites at the expense of others, Ladson-Billings said.

“It has been the very substance of what America is all about,” she said.

The response of critical race theorists such as Ladson-Billings has been to advocate for a collective and sustained effort to confront America’s history of terror and recognize the violence endured by Black people, she said.

In her own experience, Ladson-Billings said that she has found young students can be very capable of discussing and understanding matters of racial inequality, since they are equipped with an innate sense of what is and isn’t fair.

Yet, she acknowledged that teaching about the nation’s history of racial violence in the classroom can be challenging and that educators may experience pushback from members of the community or school board members.

“I think the challenge is to try to figure out how to begin having these conversations,” Ladson-Billings said.

During her lecture, Ladson-Billings also expressed dissatisfaction with the term “achievement gap,” which describes the disparities in the academic performance of subgroups of students often defined by gender, race, ethnicity, and socioeconomic status.

Ladson-Billings said stakeholders in the field of education should also acknowledge other social and economic conditions that contribute to poor academic performance for students, such as gaps in familial wealth, healthcare accessibility, and school funding.

For her part, Ladson-Billings said she prefers to use the term “education debt,” which refers to the rightful resources that should be invested in educating disadvantaged communities.

The SDSU-Imperial Valley lecture series “Talking Race in the Borderlands” continues next month with a presentation titled, “The Construction of Raciolinguistic Border in Bilingual Education Policy and Practices.”

The virtual lecture is scheduled for 1 p.m. March 3, and will be presented by Nelson Flores, University of Pennsylvania Graduate School of Education associate professor. Registration is required.

More information about the lecture series and how to register can be found on the campus’ Facebook page, or by contacting Belen Hernando-Llorens, SDSU-Imperial Valley School of Teacher Education assistant professor, at bhernandollorens@sdsu.edu

Hernando-Llorens is also a scheduled speaker, and at 1 p.m. April 21, will present her virtual lecture titled, “Historicizing the Making of the Bilingual Child of Color as an Educational Problem.”